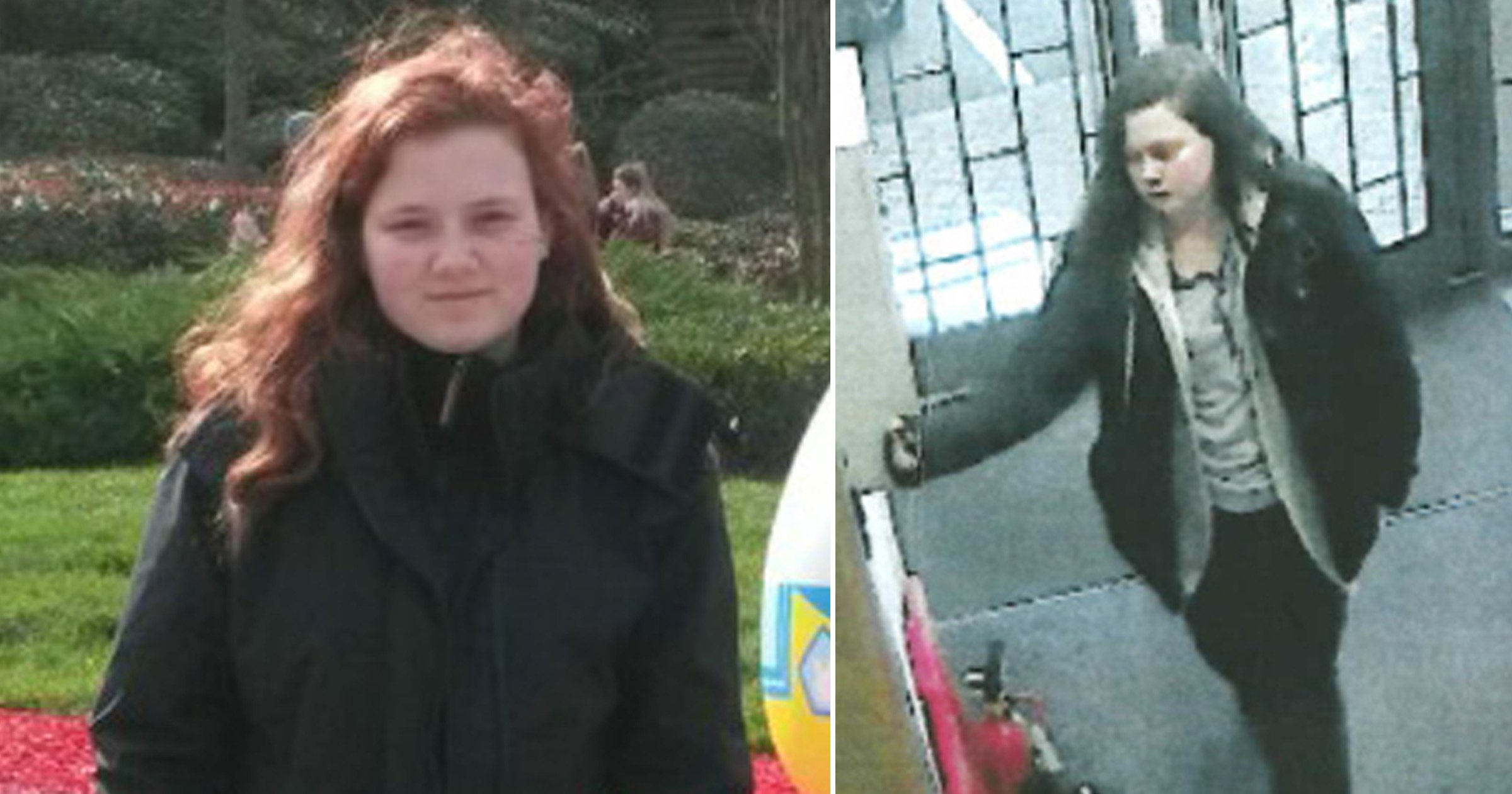 Officers have been searching a house in Milton Keynes after a tip-off from a member of the public.

Specialist officers and forensics teams found a rucksack, and ‘personal possessions’ at the house in Loxbeare Drive, in Milton Keynes.

Leah was last seen on CCTV in Buzzacott Lane in Furzton, Milton Keynes, just after 8.15am on Friday February 15 in 2019, walking in the direction of Loxbeare Drive and Chaffron Way.

At the time her parents, Claire and John Croucher, said her disappearance was ‘highly unusual’ and that it was ‘unbelievable’ that she had not tried to contact family and friends.

Mr and Mrs Croucher last saw their daughter in Quantock Crescent, Emerson Valley, Milton Keynes, at around 10pm on Thursday February 14, and she was reported missing to police the following day.

A month before her 20th birthday, her sister Jade urged anyone with information to ‘do the right thing’ and go to the police.

Police also searched the Blue Lagoon lake area in the south of Milton Keynes after a member of the public reported seeing a grey hooded top in the area which officers thought could be linked to Leah, but they found nothing linking the missing teenager to the area.

The family was struck by further tragedy when her brother, Haydon Croucher, died at the age of 24 in November 2019.

His mother said he had found the disappearance of his sister ‘very difficult’.

John Croucher said at the time that ‘to say our hearts and minds are broken is an understatement’.

The parents urged the public to search their phones for pictures taken on the evening of February 2, 2019, outside the Jury’s Inn/Travel Lodge, as well as on the morning of February 15 2019 in the Furzton area.

‘Search your memories to see if you can remember one thing that may help the police in their search,’ they said.

‘Please contact the police with anything you know, even if it seems small and insignificant. You are our only hope, you always have been.’

Mr Howard said he was aware of another image being circulated online showing a person sighted in a barn at a property in Eaton Bray, Bedfordshire, but said he could ‘categorically rule out that this is Leah in the image’.

Head of Crime for Thames Valley Police, Detective Chief Superintendent Ian Hunter said: ‘Following a call to police on Monday, we attended an address and located items of concern within the property.

‘We are dealing with a very difficult scene but we can now confirm that we have discovered a number of items that are linked to Leah, and as such, we have now launched a murder investigation, led by our Major Crime Unit.

‘Leah’s family have been kept updated and continue to be supported by officers, and we are urging the public and media to think of her family and not to speculate further while this investigation is in the early stages.

‘We will provide further updates when we are able to do so.

‘There remains a scene-watch in place at the address while this investigation continues, and we are committed to ensuring that our enquiries at the scene are thorough.

‘During our search for Leah, we have committed hundreds of officers and staff to the search for Leah over the last three and a half years, reviewing 1,200 hours of CCTV and conducted more than 4,000 house-to-house inquiries and offered several rewards for information to lead us to Leah.

‘The call from the member of the public that we received on Monday was the first occasion that we were alerted to this address, and we thank them for contacting us immediately to report their concerns.

‘Our thoughts remain with Leah’s family and friends, and we will continue to offer them all the support that they need.’

Snow UK: Will your bin collection be cancelled?