Tips for keeping your pets safe at summer barbecues

Green Party-run Brighton and Hove says disposable barbecues are partly to blame for rising CO2 levels. The city council wants to stop­ ­holidaymakers and residents enjoying barbecues on beaches and in parks and open spaces. It says the move is part of action ­to make the popular resort carbon-neutral in nine years. But residents have dubbed the council “woke” and accused it of trying to kill the summer tourism trade.

One said: “The insanity on banning barbecues is just unbelievable. This will make zero difference.

“Dimming the lights in all office blocks in any city for an hour will save more carbon than all the barbecues in the UK combined.” Another said: “This move is the worst type of woke response to global warming from the Greens.”

Other people said the barbecue ban was a “step too far” and punished those in bedsits and flats with no outside space.

A resident added: “A far quicker and more effective measure would be to ban all domestic solid fuel burners.”

Some, however, backed the ban, saying too many disposable barbecues were left on the beach and blighted the city.

One resident said: “Few things are more annoying when you have a nice spot on the beach and then people near you start a barbecue and the consequent irritating smoke and smell of food.” 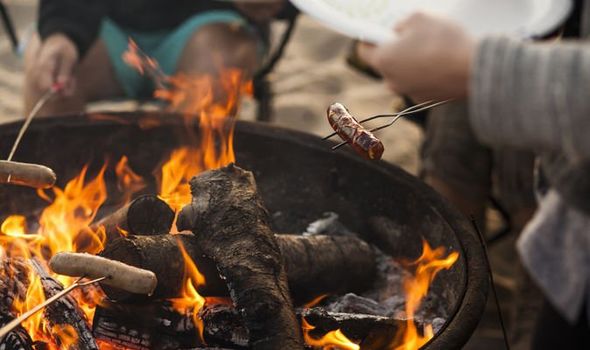 Around 10 million holidaymakers and day trippers flock to Brighton and Hove every year to enjoy a beer and a grill-up on the beach.

Its tourism industry supports more than 20,000 jobs and brings in an estimated £850million to the city.

The city’s 2030 Carbon Neutral Programme being presented to councillors maps out action on climate change for the next decade.

It focuses on social justice and the wellbeing of future generations alongside a programme of rapid decarbonisation to speed up the city’s transition to becoming carbon-neutral by 2030.

The council said its proposals were in their “very early stages” and part of many environmental schemes being considered.

The authority added that people would be consulted about the plans at a later date.