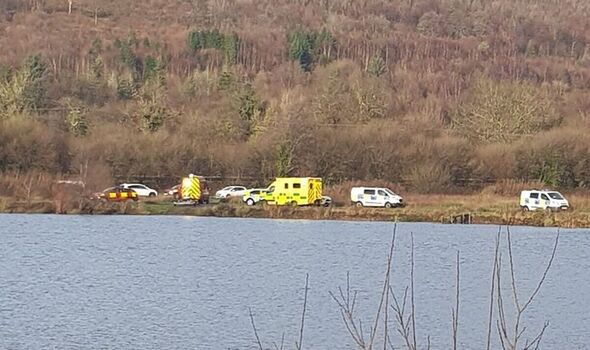 A second woman’s body has been found in a river in the Brecon Beacons following a massive rescue operation.

The woman, recovered from a river in Glynneath, was still missing following an incident at Ystradfellte Falls in the Brecon Beacons.

This concludes a huge rescue operation which began when the body of another woman was discovered from the national park beauty spot.

The search was at one point called off due to extreme weather conditions including heavy rain and high and fast-flowing water, according to WalesOnline

A spokesman for Dyfed-Powys Police said on Monday: “Sadly we can confirm that officers searching for two women who are believed to have entered the water in the Ystradfellte area on Wednesday, January 4, recovered a second body from the river in the Glynneath area.

“Next of kin has been informed with the families being supported by specialist officers. We would like to the thank colleagues from mountain rescue, the fire service, and members of the public for their support during what has been a difficult operation.”

Police were first called to Ystradfellte Falls at 11.45am on January 4. The search was called off at one point that evening, resuming on Thursday morning.

A spokesman for Spring Valley Lakes in Glynneath said on Sunday: “We had a call because someone spotted a body in the river. The emergency services came flying down here and a female was recovered. A rescue team went across the lake and came out the other end.”

A Welsh Ambulance Service spokesman confirmed they had attended the scene, adding: “We were called at 12.29pm and responded with an ambulance, a helicopter, and a rapid response vehicle.”

“A spokeswoman for Mid and West Wales Fire Service said it attended “an incident in the water” and had sent three crews to the scene. Neither woman has yet been identified.

Follow our social media accounts here on facebook.com/DailyExpress and @Daily_Express

Bride and groom posing for pictures on train track among 5,000 trespassing incidents on the railways