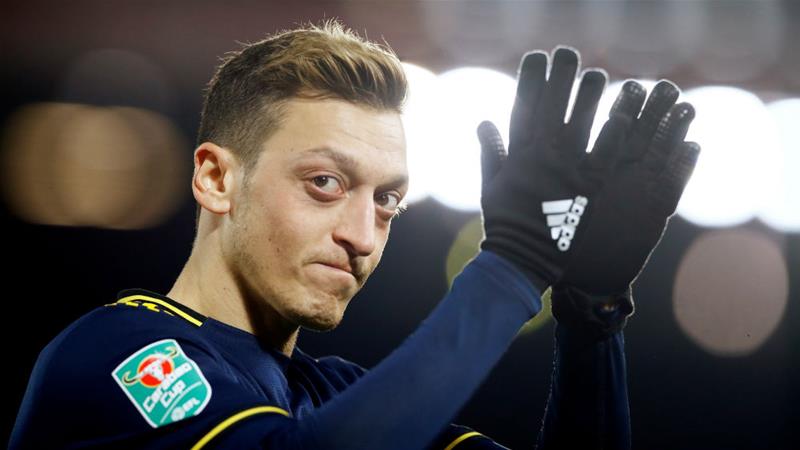 A second man has admitted trying to rob Arsenal stars Sead Kolasinac and Mesut Ozil of their 200,000-British-pound ($260,000) watches in a moped ambush.

Despite being threatened with what appears to be a knife, the burly Bosnian defender, 26, remains unfazed.

The full-back, nicknamed The Tank, then chases off the pair, who were disguised by helmets and dark clothing.

The club’s 350,000 pound-a-week ($450,000) German midfielder Ozil, 31, remains in his vehicle with his wife Amine before speeding off and taking refuge in a Turkish restaurant after being pursued by the raiders.

Police said a key breakthrough came when a moped without number plates was spotted by a concerned member of the public in a cul-de-sac in Borehamwood, south Hertfordshire.

Inquiries revealed it was the same bike used in the raid, said the Metropolitan Police.

CCTV from a local pub showed Northover and Ashley Smith visiting a short time after the offence, with their clothes and a motorcycle helmet found on grassland near the bar.

“Northover didn’t hesitate to draw a weapon when making demands, but he didn’t bargain on being challenged and the pair went away empty-handed.

“This case demonstrates how important community information can be.”

At a previous hearing at Highbury Corner Magistrates’ Court, the value of one of the watches was given as 200,000 pounds.

Following the ordeal, World Cup winner Ozil told the Athletic sports site that he was scared for his wife as the attackers pursued his car.

He said: “They told him directly ‘Give us your watch!’

“Sead’s reaction was really, really brave because he attacked one of the attackers.

“I saw one chance to drive. If they got to my wife, something terrible might have happened to her.

“I started driving but they followed. I was driving very fast but they kept coming close on the moped.

“I tried to move the car, block them, escape, but each time they would be there.

“My wife was extremely scared.”

Ashley Smith, 30, has already admitted his role in the attempted raid.

Northover will be sentenced at a later date.