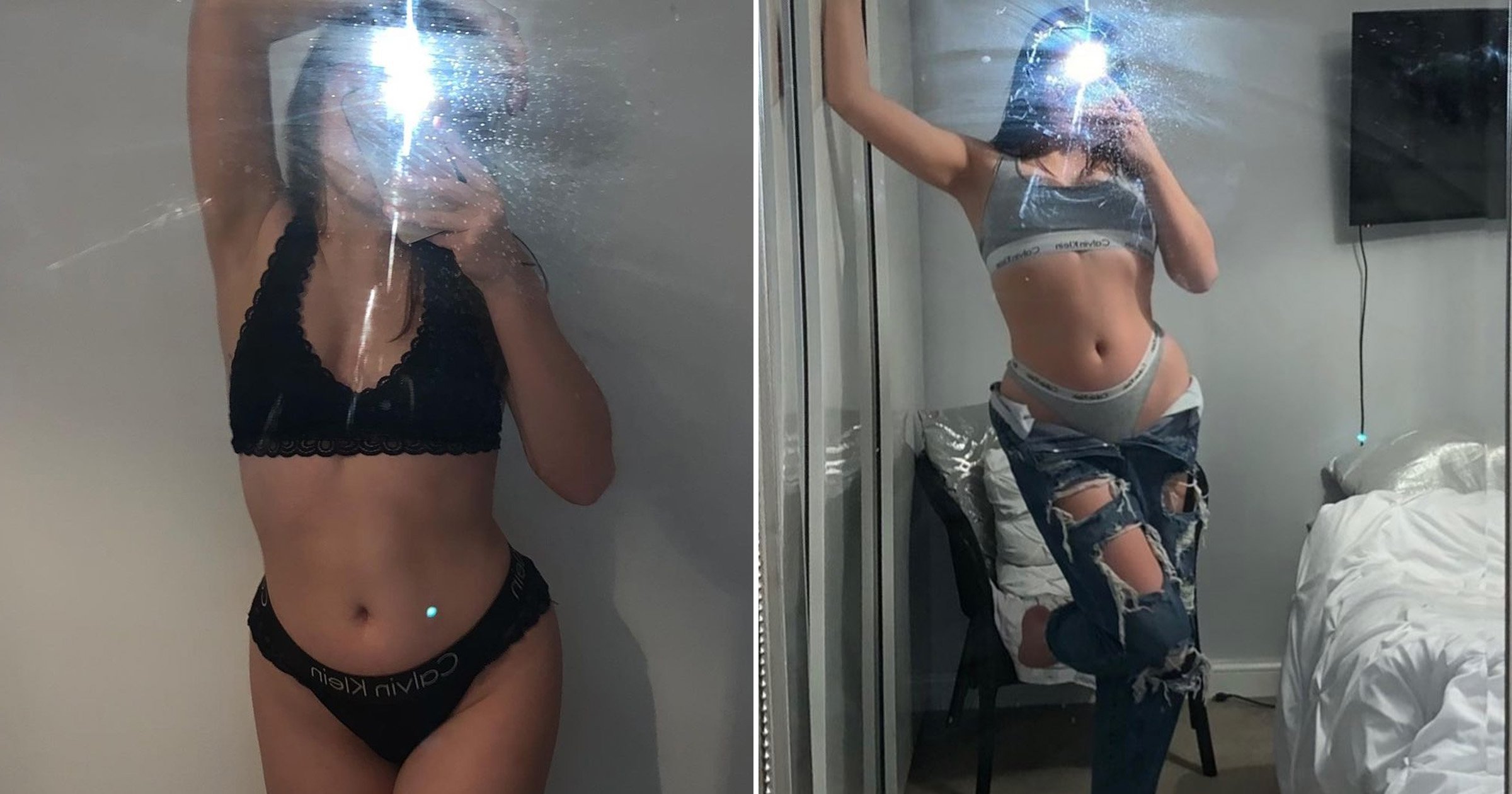 The Royal Navy is investigating after a second female sailor has accused of selling explicit videos and images online.

Bosses are hunting for the unknown woman – who goes by the name Izzy Bell – after the videos were shared with viewers on the Only Fans adult website.

It comes after this week’s reports that Royal Navy lieutenant Claire Jenkins allegedly posted X-rated videos from inside a secret nuclear base on the same website.

The latest images of the second sailor have since gathered more than 10,000 likes on the adult website.

A source told The Sun: ‘The bosses are desperate to work out who it is but she’s carrying on regardless.

‘All of us are getting grilled and warned about explicit content on our phones.’

The woman, who has appeared to continue to post selfies of herself despite the investigation, says she is 21 years old and describes herself as a 5ft ‘submissive princess’.

Reports about Lieutenant Jenkins, 29, came to light after dozens of explicit images were posted on Only Fans under the pseudonym of Cally Taylor.

Some of the content reportedly features her boyfriend, Liam Doddington. The couple are both based at the Faslane nuclear submarine HQ in HMNB Clyde, near Glasgow.

Lieutenant Jenkins’s job has seen her command a team of sailors on the submarine HMS Artful, and deploy special forces teams at sea for special missions.

It was said she was extensively vetted for the role, including answering questions about her sex life. But she’s also seemingly been making money by secretly posing under a pseudonym and asking Only Fans customers to pay for her to act out their sexual fantasies.

But in her profile, she has been seemingly secretly making money by acting out people’s sexual fantasies.

‘I’m 29 and working that 9 to 5 life, I love to be naughty and stay colourful,’ the profile says.

‘My naughty side can sometimes get me into trouble, but that feeling of excitement we can get from doing this just makes me so hot and bothered.’

A source told The Sun she confessed all to bosses at the base last week.

‘The commanders can’t believe it,’ they added, ‘There could be all kinds of security risks involved.’

A Royal Navy spokesperson previously refused to comment further, other than confirming an investigation was ongoing.

‘An investigation is under way and it would be inappropriate to comment further,’ they said.

‘Where personnel fail to act in accordance with our values and standards, we will not hesitate to take appropriate action.’