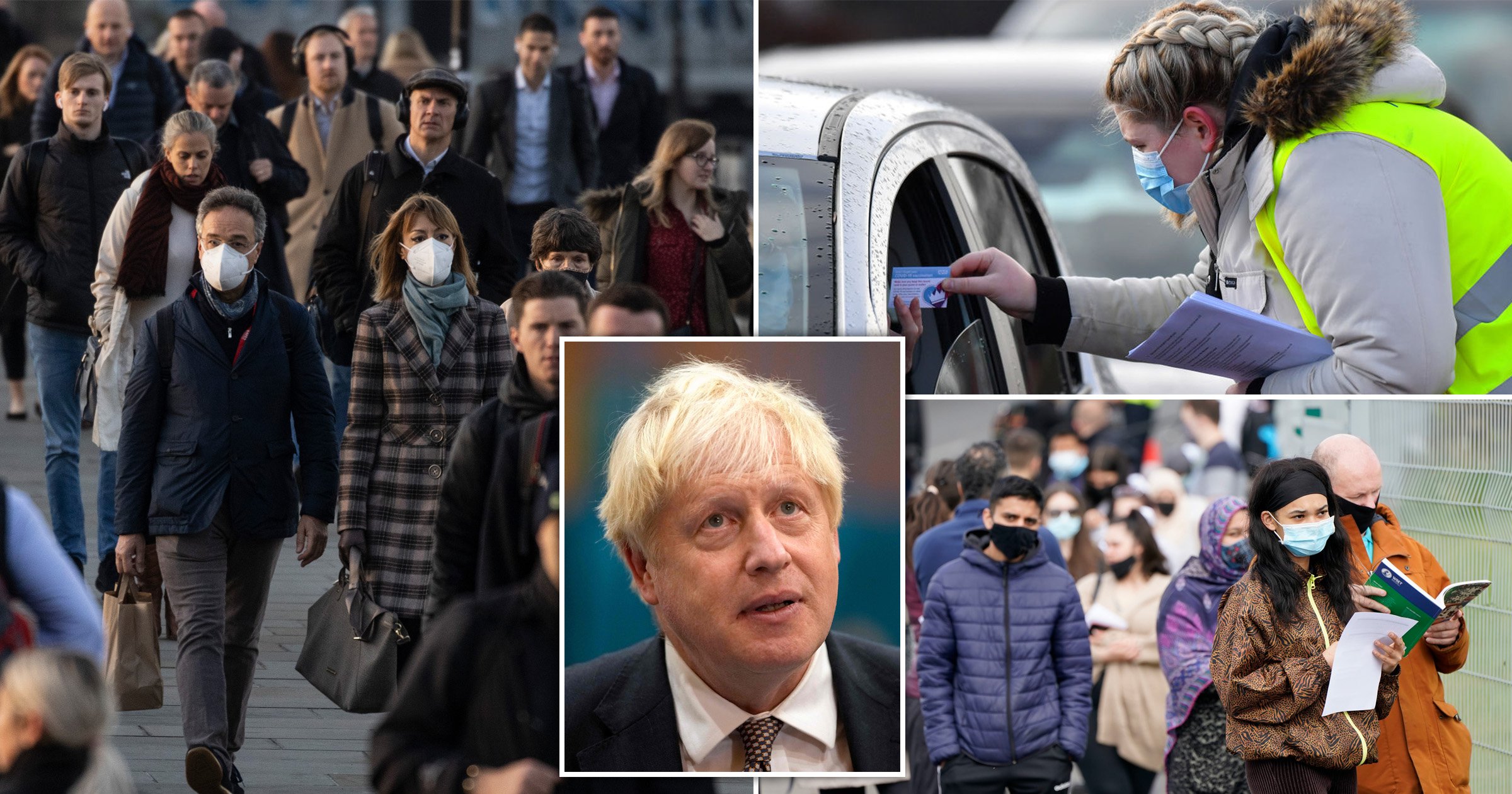 Moving to Plan B to control the spread of Covid could cost the economy up to £18 billion, leaked documents have reportedly shown.

The prime minister has resisted calls from health leaders to bring in the back-up measures to protect the NHS.

It comes as he is warned by the Cabinet Office and Treasury that restrictions lasting five months until the end of March would cost £11 billion to £18 billion, Politico reports.

Weekly coronavirus infections dropped for the first time in six weeks yesterday as modelling suggested cases could plummet by Christmas with no extra restrictions.

But the UK suffered its highest daily death toll since March as 263 people died with the virus.

Meanwhile, hospitals are currently looking after their highest level of Covid-19 patients for more than seven months.

Scientists have said working from home is the Plan B measure that will have the most impact.

The leaked papers say jab passports for large venues would also have a ‘moderate’ effect, cutting transmission at events by up to 45%.

But the move could push people into poorly ventilated pubs where no passport would be needed, warns a separate assessment shown to The Telegraph.

Venues could lose up to £2 billion in turnover, according to the report by officials at the Department of Digital, Culture, Media and Sport.

The Government has maintained data does not show a need for Plan B, insisting: ‘The presumptions put forward here are untrue, and do not reflect government policy. There is no planned five-month timeline.’

Greg Parmley, of music industry body Live, said the leak shows passports ‘would be a mistake’.

But the DCMS said: ‘There is good evidence to suggest certification would have a beneficial impact on infection rates.

‘There is currently no evidence to suggest businesses have been impacted by lower attendance when certification is used.’

No.10 said Plan B would only be needed if ‘pressure on the NHS is unsustainable’, adding that it would ‘help curb Covid cases while… allowing parts of the economy to remain open’.

The murder that inspired Keane's 'The Field'