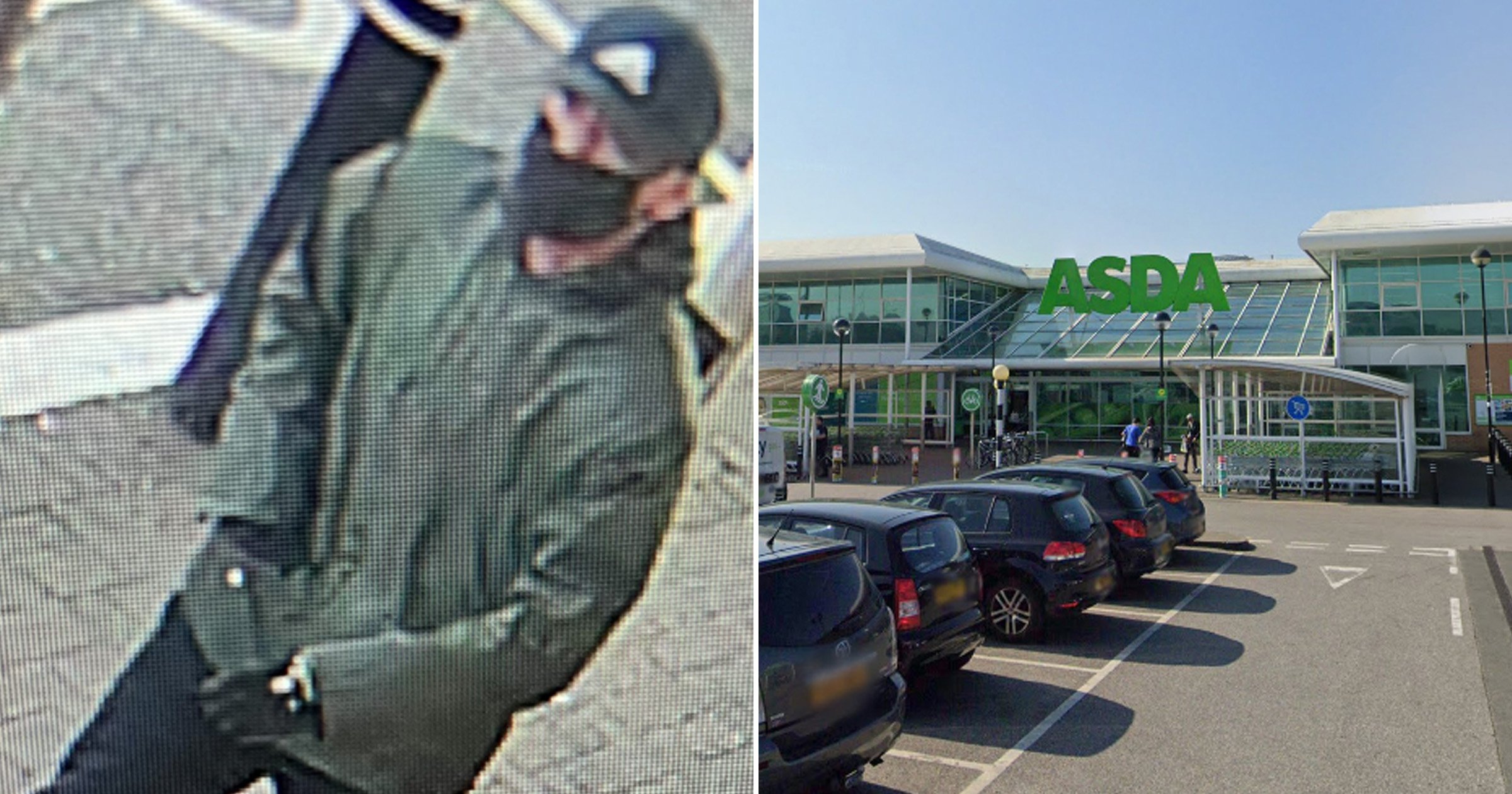 A brazen thief used a pistol to threaten a security worker before escaping with a huge bag of cash.

The armed robbery has been branded ‘outrageous’ by police who are desperately hunting down the culprit.

Police have released images of a man they seek to speak to following the traumatic ordeal.

The security worker was targeted outside Asda on Princess Road in Manchester yesterday morning.

He was approached by a man with a black pistol who then ‘made off with a bag of cash containing an estimated £28,500’.

While the security worker wasn’t injured, he was left shaken by the ordeal.

Specialist firearm officers rushed to the scene after the alarm was raised – but the suspect had already vanished.

Detective Inspector Kat McKeown, of Longsight CID, said: ‘I can’t imagine the fear that the security guard felt when the offender committed this terrifying and outrageous act.

‘We know there were people near the supermarket who will also have felt shock and fright at the incident, and I can assure everyone concerned that we are working tirelessly to identify and capture the man responsible.

‘So far we have spoken to a number of people and we are keen to ensure that everyone who was in the area on Saturday morning, and who could have information, is spoken to – so if you haven’t already then please contact us.’

Police have released images and a description of the man who they wish to speak to following the incident – which is termed a cash-in-transit robbery.

The man, between the ages of 30 and 40, was wearing a green parker jacket, dark Adidas hat, black gloves, dark tracksuit bottoms and grey trainers.

He was described as of a medium build and is white.

He’s understood to have been in the area around the time of the incident and left in the direction of Princess Parkway heading away from city centre riding a silver-framed mountain bike with black writing on it.

No arrests have yet been made.

Details can be passed to the independent charity Crimestoppers on 0800 555 111.