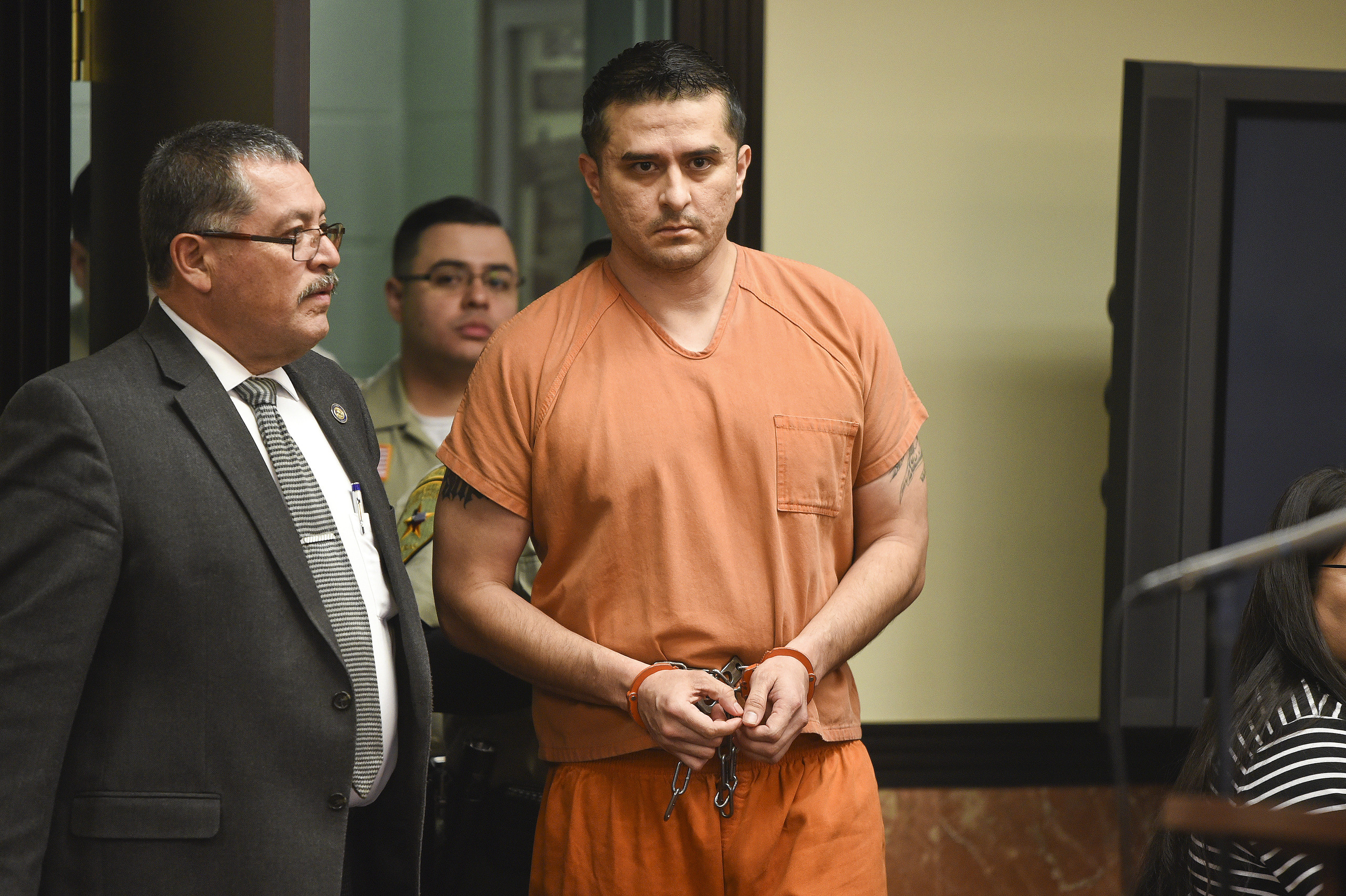 A former Border Patrol agent who has confessed to killing four sex workers in Texas told investigators he was trying to ‘clean up the streets’.

Juan David Ortiz has been convicted of murder and sentenced to life without parole after prosecutors decided not to seek the death penalty.

A fourth victim, Guiselda Alicia Cantu, 35, was shot in the neck and died of blunt force trauma to her head. Their bodies were found along roads on the outskirts of Laredo in September 2018.

A court heard Ortiz was caught after picking up Erika Pena at a petrol  station and telling her he was the ‘next to last person’ to have sex with Ms Ramirez. Ms Pena, 31, fled from his truck when he pointed a gun at her and ran to a state trooper.

Ortiz fled but was tracked down to a hotel garage the next day. Jurors were played lengthy taped interviews with investigators in which he said he was a customer of most of the women but called sex workers ‘trash’ and ‘so dirty’, insisting he wanted to ‘clean up the streets’.

He said ‘the monster would come out’ as he drove along a stretch of street in Laredo frequented by the women.

Defence attorney Joel Perez argued Ortiz, a Navy veteran who served in Iraq, suffered from post-traumatic stress disorder. But prosecutors told jurors the confession was provided by an educated senior law enforcement official who was not having a breakdown.

After the verdict, relatives of Ortiz’s victims faced him.

Ms Ramirez’s sister-in-law Gracie Perez said she was ‘a loving, kind and funny person’ whose children’s hearts were broken.