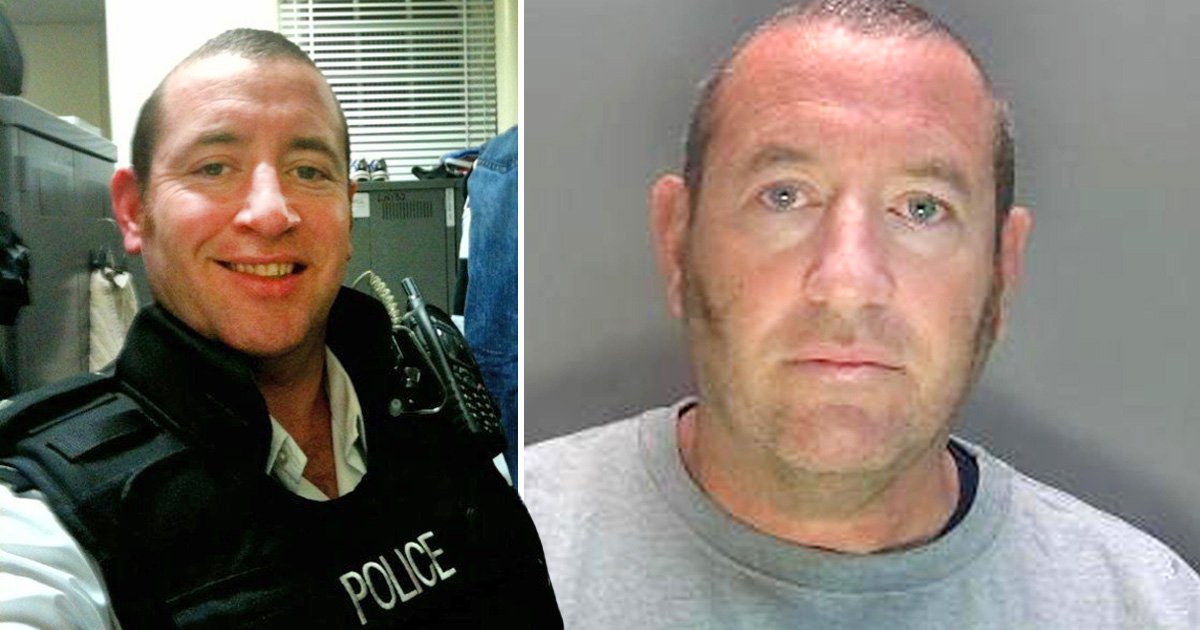 Pc David Carrick’s 17-year campaign of sexual abuse and violence is ‘unprecedented’ within policing, the Metropolitan Police has said today.

However, the force has conceded he is not the only officer to be charged with serious sexual offences ‘in the recent past’ – as it reels from yet another blow to its already battered reputation.

Carrick, nicknamed ‘Bastard Dave’, is now believed to be one of the worst sex offenders in modern history after he was unmasked as a serial rapist who attacked 12 women 24 times.

He is facing decades behind bars after admitting a total of 49 offences between 2003 and 2020.

Carrick, 48, used his position as a police officer to gain his victims’ trust and convinced them they would not be believed if they reported him.

The armed officer in the specialist Parliamentary and Diplomatic Protection Command preyed on dating sites including Tinder and Badoo in a bid to find vulnerable women before arranging to meet them at bars.

He flashed his warrant card and boasted of meeting high-profile figures, including former PM Boris Johnson, as part of his work.

Carrick would present himself as ‘fun-loving, charming and charismatic’ but was ‘very manipulative’ and ‘very self-confident, almost to the point of cocky’, prosecutors said.

Senior Crown Prosecutor Shilpa Shah said Carrick acted as if he was having ‘a chat’ during police interviews, when he claimed his victims had consented to his actions.

‘He was very self-confident and quite charming, as if he was talking to his friends,’ Ms Shah said.

‘This is a harrowing case where some victims were relentlessly manipulated – financially cut off and isolated from their friends and family and repeatedly humiliated.

‘Carrick took so much from them both physically and mentally.

‘He told the victims from the start that he was a police officer and suggested to them that it would be their word against his, a concern that a lot of victims have.’

He ordered some women to stay in bed all day so they could have sex all night.

Others were locked in an under-stairs cupboard likened to a dog crate for hours without food and water, or made to clean the house naked.

Carrick also urinated over his victims and referred to them as his ‘slave’.

Carrick, who served in the British Army between 1996 and 1997, joined the Met in August 2001 and was deployed as a response officer based in Merton, southwest London.

He was given the job despite being a suspect in two offences reported to the force involving allegations of malicious communications and burglary against a former partner, after he is said to have refused to accept their relationship was over.

He was not arrested and no further action was taken.

During his two-year probation period, he was accused of harassment and assault against an ex-partner but again, no action was taken.

Police watchdog, the IOPC, said two unnamed Met officers who dealt with the incident could have committed misconduct – but had since retired and could not be sanctioned.

Carrick should have been vetted in 2011 after 10 years of service but this did not happen until 2017.

It has now emerged Carrick was reported over nine incidents including rape between 2001 and 2021.

A number of reported incidents were not referred to senior officers or the Met’s Directorate of Professional Standards.

In 2019, Hertfordshire Police received a report of assault and criminal damage involving an argument between Carrick and a woman, when he is said to have grabbed her by the neck.

But neither party were supportive of police involvement and no further action was taken.

On this occasion the incident was referred to the Directorate of Professional Standards and Carrick was given ‘words of advice’ regarding informing his chain of command about off-duty incidents.

It was determined he had no case to answer in relation to misconduct.

Carrick was arrested by Hertfordshire Police in July 2021 when a woman alleged he raped her.

But no further action was taken after the woman withdrew her complaint.

The Directorate of Professional Standards placed him on restricted duties – but it was ruled he had no case to answer regarding misconduct.

The restriction was lifted but he never returned to full duties.

An investigation was only launched in October 2021 when a 50-year-old woman reported being raped by Carrick, leading to his arrest, charge and suspension from the Met.

He was remanded in custody after appearing at Westminster Magistrates’ Court on October 4, 2021, with the publicity from his court appearance prompting 12 more women to come forward.

His pay was finally stopped on December 16, 2022, when he pleaded guilty to 43 offences at the Old Bailey – just one month before he appeared at Southwark Crown Court to plead guilty to a further six offences today.

Now London Mayor Sadiq Khan has demanded an explanation over why Carrick was able to evade prosecution for almost two decades, as the Met was forced to issue yet another a grovelling apology for serious failings.

‘We are truly sorry’

The Met said delays in re-vetting officers were previously identified as an area requiring improvement and its approach is now ‘far more robust’.

Assistant Commissioner Barbara Gray said in a statement that Carrick had a ‘devastating impact on the trust and confidence of women and girls that we are working so hard to earn.

‘We should have spotted his pattern of abusive behaviour and because we didn’t, we missed opportunities to remove him from the organisation.

‘We are truly sorry that Carrick was able to continue to use his role as a police officer to prolong the suffering of his victims.’

A misconduct hearing will be held in Carrick’s absence tomorrow, ahead of his sentence on February 6.

Mystery of the skeleton hijacked by Nazis and Soviets