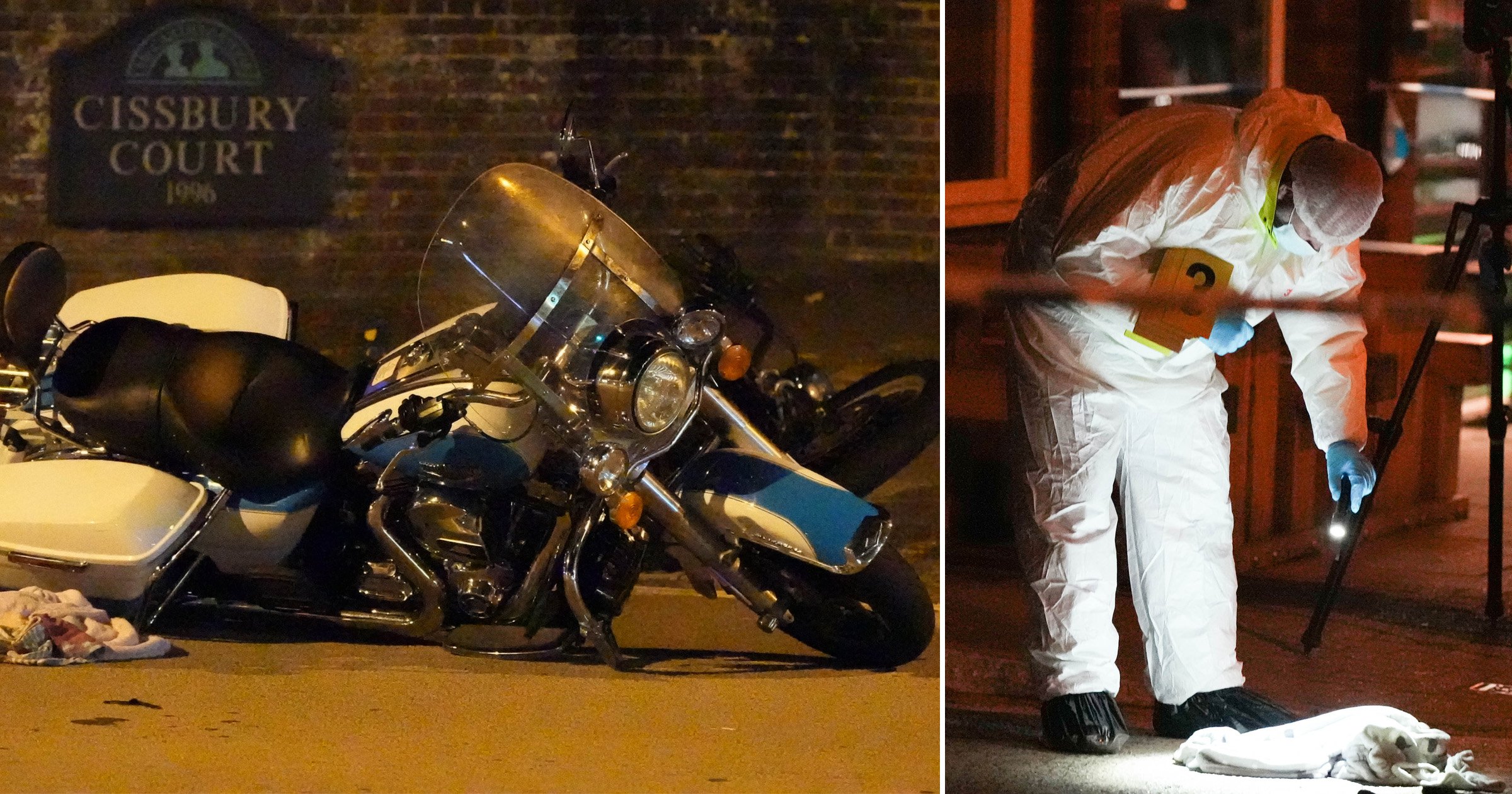 A man was stabbed and battered during violent clashes between biker gangs last night.

Eyewitness described how three members of a motorcycle club were attacked on the A24 in Findon Valley, near Worthing, at around 7.30pm.

Joanne Denise posted on Facebook: ‘Mike and I were out on bike and just came upon an incident in Findon valley as it happened, three unfortunate men on motorbikes were injured, in what appears to be an unprovoked attack.

‘Saw cars and a van with people jumping in and driving off.

‘We administered first aid to two of them until ambulance arrived (they seem like they will be fine, thank goodness) and Mike directed traffic until services arrived.

‘Many amazing people helped. Please let police know if you saw anything.

‘I have spoke to one of their wives on his phone and the men were riding down from Surrey with the Surrey Vikings whom we saw on front.’

Sussex Police said one of the men was left with serious stab wounds, while the other two were assaulted.

They were rushed to hospital for treatment but details of their conditions are yet to be released.

By the time officers arrived at the scene, the suspects had already fled.

Seven men were later arrested in connection with the attack, the force confirmed in a statement.

They are now being questioned and remain in police custody, while enquiries are continuing.

Photos from the scene show a large emergency response involving police and paramedics.

Forensic officers were also seen gathering evidence while part of the road cordoned off.

A spokesperson for Sussex Police said: ‘Seven arrests have since been made, involving colleagues from both Thames Valley and Warwickshire police, after the suspects had left the scene prior to the arrival of emergency services.’

Europeans in quandary on responding to US election

Coronavirus: Family of late physicist Stephen Hawking give his ventilator to British hospital