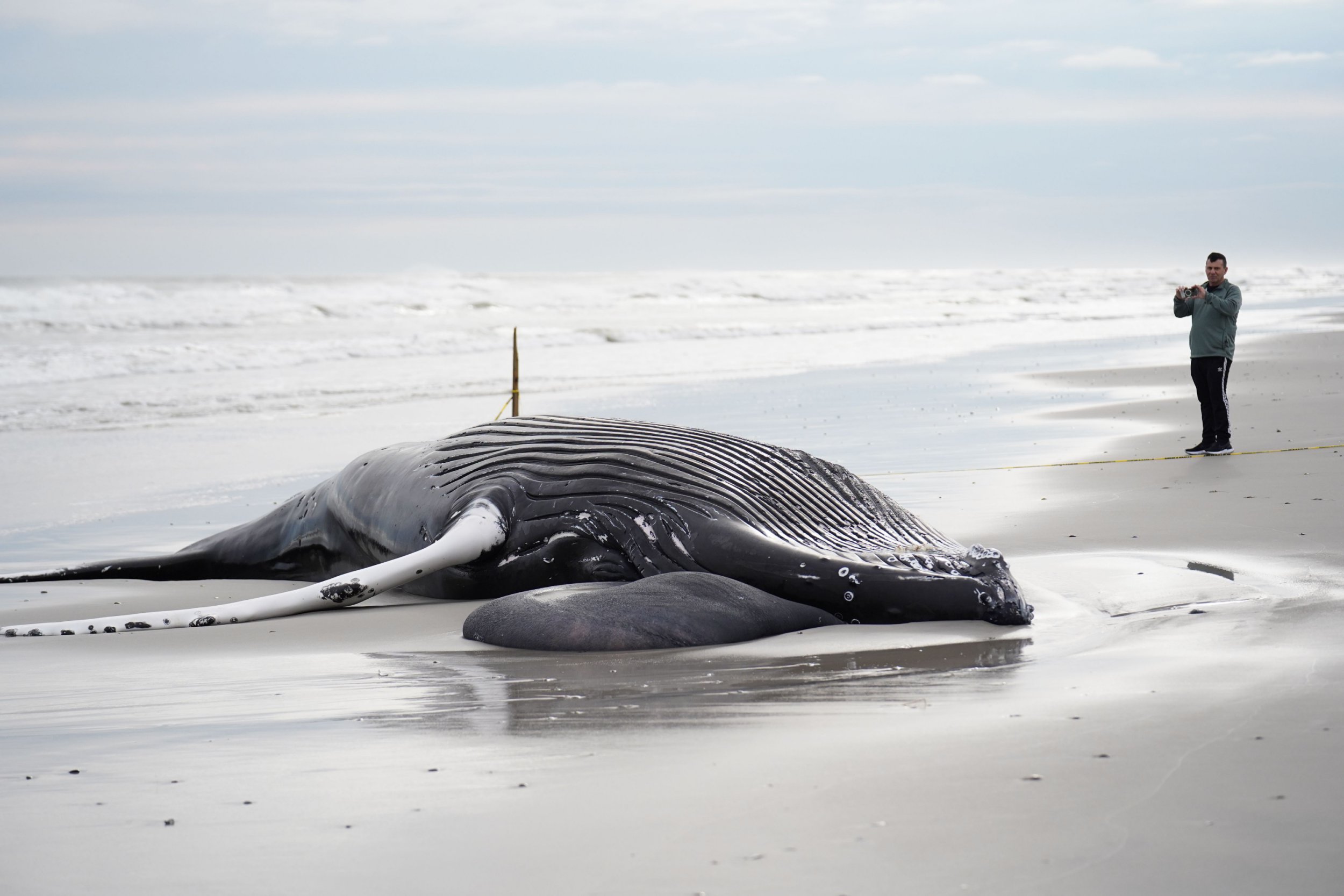 The seventh dead whale in about a month has beached itself in the same region of the northeastern US.

A 20-foot-long humpback whale washed onto Jersey Shore in Brigantine, New Jersey, on Thursday afternoon, according to the Marine Mammal Stranding Center.

‘Due to the incoming tide and low light last night, staff returned at daybreak this morning to take photos,’ stated the center on Friday. ‘Plans are underway for a necropsy to be performed on the animal.’

It could take months to determine its cause of death, the center said.

Authorities said that a half dozen other whales have been discovered in the New Jersey-New York coastline in just over a month. A dead whale was found in Atlantic City on January 7, according to NJ Advance Media.

The string of beached whales has marine life activists worried that the deaths may be caused by off-short wind development.

‘This is devastating and shows even more urgency to our call to action for (President Joe) Biden and Governor Phil Murphy to call for a stop to all activity.

‘Don’t add any more projects and get a comprehensive investigation underway with experts and full transparency with oversight.’

The Brigantine whale was found a day after a killer whale washed ashore close to Jungle Hut Park in Palm Coast, Florida. It is believed to be the first orca to get beached and die in the southeast US.