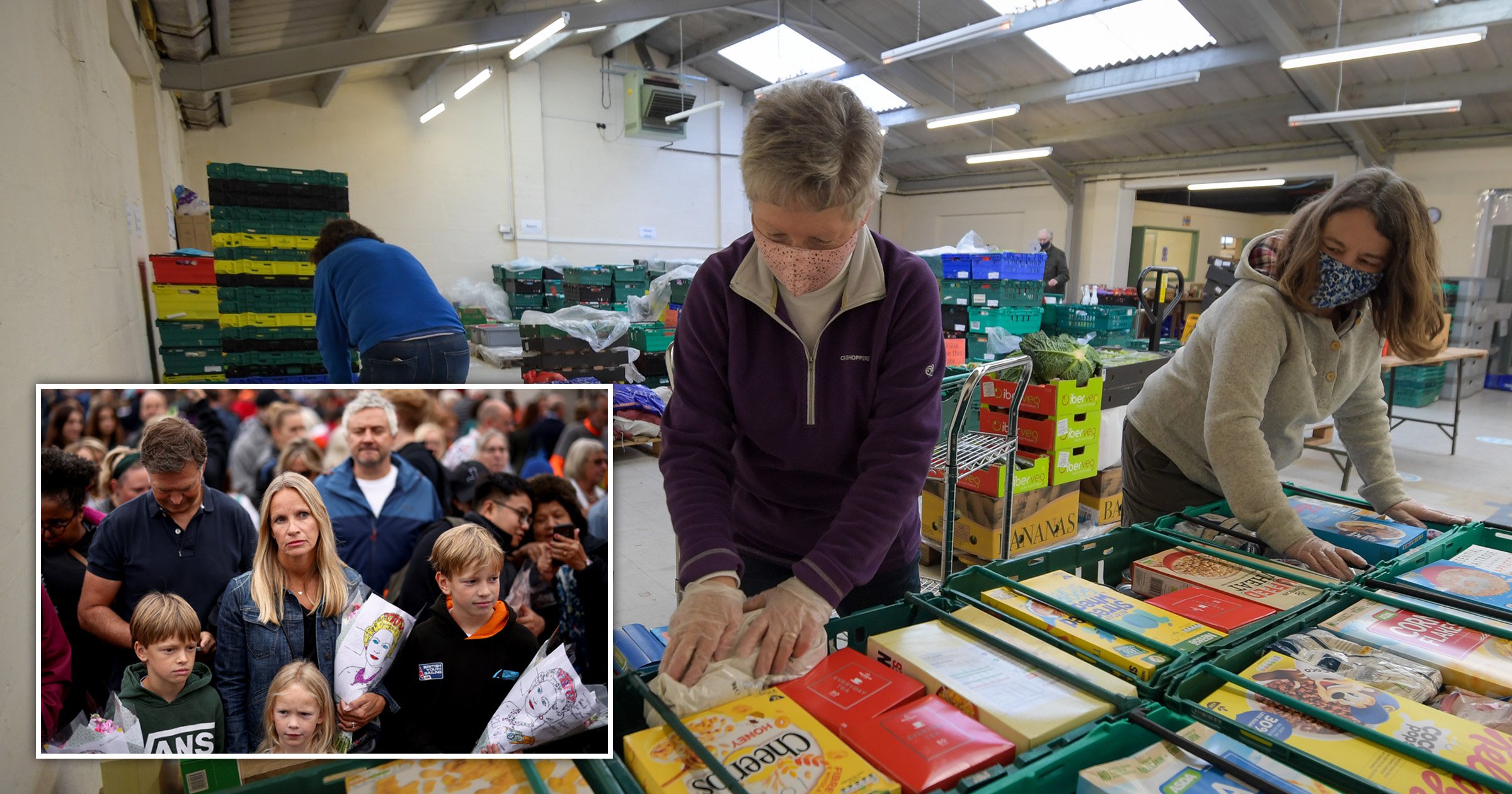 Some UK food banks will close on the day of Queen Elizabeth II’s funeral.

A number of distribution centres and warehouses will shut across the UK on Bank Holiday Monday.

Some of the first to announce they would be closing include those in Stoke-on-Trent, and Keynsham in Bristol.

Others in Liverpool, Stockport, Sunderland and County Durham have also followed suit.

The Trussell Trust has confirmed a number of its sites in Stoke will shut as the nation mourns.

Most are independent, and were given the option to close or stay open on the day of Her Majesty’s funeral, a spokesperson said.

A spokesperson for the charity said: ‘Foodbanks are all independent, but we have emailed saying it is a bank holiday and they can decide what to do.

‘It really depends on the local need on the ground, the volunteers will know if they are particularly quiet on a Monday, or if it is a busier day.’

Emma Revie, Chief Executive of the Trussell Trust, said: ‘Food banks in our network run sessions on different days and at different times.

‘Food banks are best placed to make the right decision for their communities and will ensure everyone who needs support can access it as they do with every bank holiday.

‘As each food bank is an independent charity, we’d encourage people who need support to contact their local food bank to check their opening hours.’

Wimbledon Foodbank in south London posted online to confirm it would be shut on Monday, but hours later said it was ‘overwhelmed with support’ and would remain open.

It said: ‘Due to the overwhelming support we have received we now have volunteers to run our Monday session as usual.

‘As a reminder, we are not a government service and run solely on people’s donations of time, money and food.

‘All food bank hubs will be closed on Monday 19th September due to funeral. We will reopen from Tuesday 20th Sept.’

It comes as thousands of supermarkets and stores across the country will also shut their doors to customers as a sign of respect to the Queen.

John Lewis, Primark, Aldi and Waitrose are among just some of the stores that will close during the ceremony on Monday.

Other shops may be planning on offering reduced hours, as many do on other bank holidays. All are expected to reopen as normal on September 20.

Many other aspects of daily life have been put on pause following the loss of Her Majesty, who was 96.

The public will be able to pay their respects 24 hours a day for four days until Monday morning, while the Queen lies in state in the Palace of Westminster.

Military spending saw biggest increase in a decade in 2019: Study