At least 11 people from a small Cheshire town have been rescued from flood waters as severe rainfall prompted a major incident being declared.

The major incident was declared on Wednesday in Poynton, as heavy rain fell across parts of the country.

Swathes of central, north-west and north-east England were covered by multiple flood warnings issued by the Environment Agency. 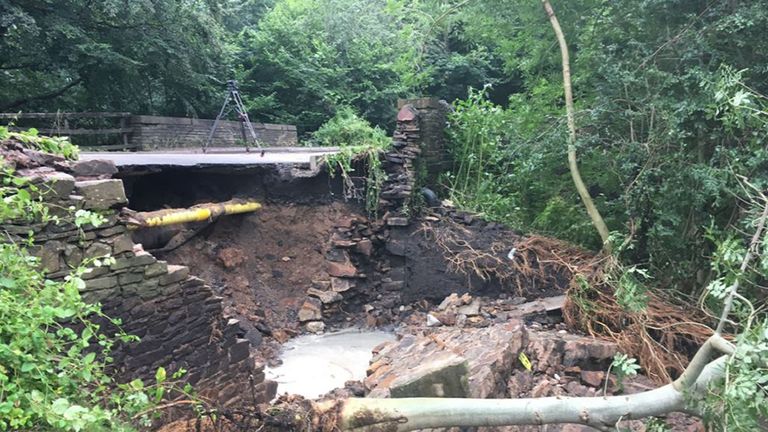 An all-day yellow warning of heavy rain and thunderstorms was issued by the Met Office for England northwards from Manchester, Sheffield and Lincoln.

A similar warning has been issued by the Met Office for Thursday – covering the East Midlands, Derbyshire, the North West, Cheshire East, Greater Manchester, West Midlands and Staffordshire.

Showers will develop by the afternoon and are likely to become heavy and slow moving in parts, with the chance of thunder.

“There is a small chance that homes and businesses could be flooded, causing damage to some buildings,” the Met Office said.

On Wednesday, Poynton Fire Station reported its crews had been to more than 20 incidents over seven hours, while police in nearby Wilmslow homes were evacuated and residents settled into a children’s centre repurposed as a refuge .

Police warned locals not to ignore “road closed” signs by driving or walking through water.

“Your car could become submerged and the road underneath could have collapsed, putting you in danger,” the Macclesfield North and Poynton police Twitter account said. 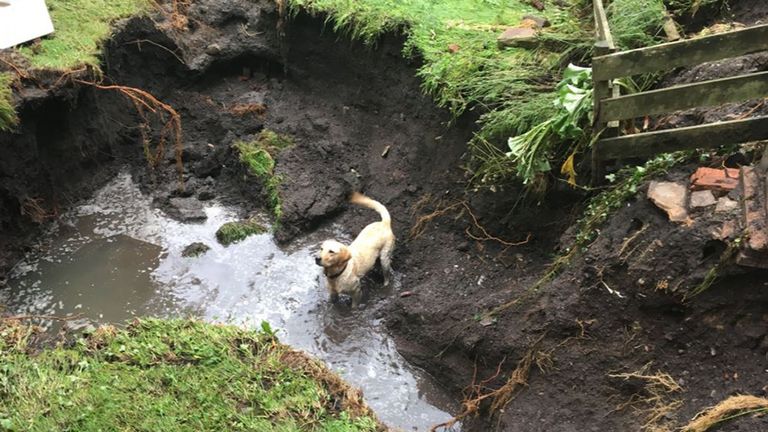 A video posted online by Poynton Fire Station showed their emergency vehicle having to drive through high, muddy waters.

In Horwich, Bolton, Jess, 20, said she and her dog had been caught in the heavy rain which flooding reaching her shins. 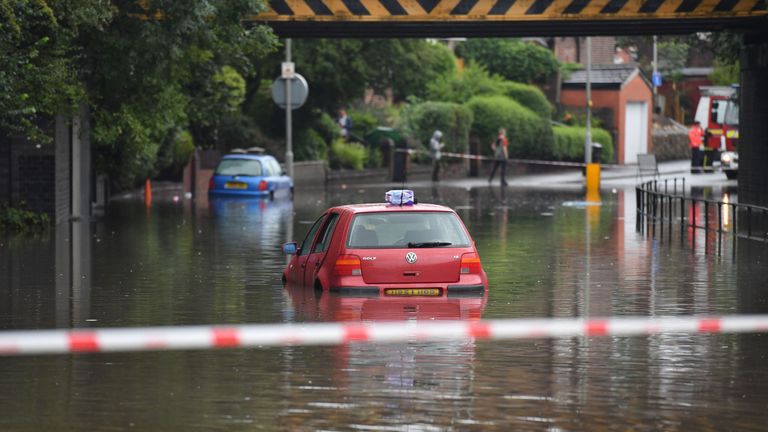 She said: “I had my dog with me and as we crossed the road she almost got swept away, so I had to pull her across to me and pick her up.

“I then waded through the rest of the water, about a foot and a half deep. I’ve never seen water that deep in such a residential area before.”

Another witness, Courtney Jackson, saw people being evacuated from their homes during the flooding in Bramhall, Stockport. She said: “One older lady (was) in a dressing gown crying.”

She added: “It’s such a shame as so many homes have been destroyed and the poor shop owner at Nisa has already had to refurb his shop due to the last incidence of flooding at Bramhall roundabout.”