A man who murdered eight people in a house fire in Huddersfield in 2002 has been jailed for life.

Shahid Mohammed was ordered to serve a minimum of 23 years when he was sentenced at Leeds Crown Court.

Eight members of the Chishti family, including five children along with their mother, uncle and grandmother, died when Mohammed, 37, carried out the attack with other men after a long-running and bitter family dispute.

The victims were asleep in their home on Osborne Road, Birkby, Huddersfield, when petrol bombs were thrown inside.

Petrol was also poured through the letterbox and ignited.

The court heard that the five children who died along with their mother, uncle and grandmother stood little chance of escaping the burning inferno.

Police had investigated Mohammed for his role in starting the fire but while others stood trial in 2003 he skipped bail and fled to Pakistan.

He was extradited back to the UK last year after more than a decade on the run. 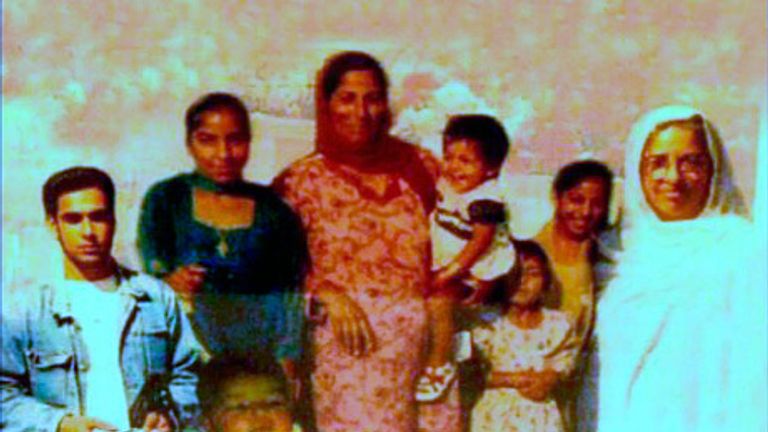 The four-week trial heard how in the lead-up to the fire, Mohammed had taken against Saud Pervez, the boyfriend of his sister, Shahida.

Mohammed Ateeq-Ur-Rehman, one of those who died in the fire, was the likely target of the arson attack as he had played an “active part” in maintaining the relationship, the prosecution said.

Mohammed, wearing a blue shirt and tie, showed no reaction as he was told the length of his sentence.

He was convicted on Tuesday of eight counts of murder, against five children and three adults.

He said: “Those left behind to grieve will never come to terms with their loss. Words cannot express the depth of their pain and distress.”

Had Mohammed not fled to Pakistan he would have given the family closure and prevented them from waiting more than a decade for justice to be done, the judge said.

He added: “Instead they have had to live for all these years with the knowledge that one of the men principally responsible for these wicked murders had not been brought to justice.”