Frank and Maria Stewart were minutes from their home in Topp Street, Bolton after they made their way home from a party at Farnworth and Kearsley Labour club shortly before 1am on Sunday March 17. But then the elderly couple were approached by a man who leapt out of a van. Mrs Stewart said: “A van pulled up on Higher Market Street and a man got out and said he needed to relieve himself.

“I said “I don’t want to see that” and turned away.

“Quick as a flash, he grabbed my handbag off my shoulder and ran back to his van.

“The passenger door was unlocked so my husband got in to try and get my bag, but after a short distance the man threw him out.”

Mrs Stewart was flung into the gutter by the force of the vehicle pulling away at high speed. 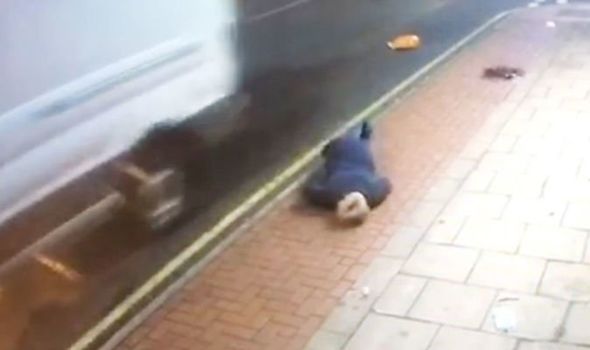 Seconds later Mr Stewart was flung from the van onto the street.

He suffered a black eye and a damaged hip as a result of the attack, while his wife chipped two parts of her elbow bone during the mugging.

The robber tossed Mrs Stewart’s handbag from the van at the d of the street – but a passer-by spotted it and returned it to shaken victim.

Mrs Stewart, who still has her arm in a sling, also had her right angle damaged from the mugging.

“It has really affected my confidence, so much so that the next time we went to the Labour club we got a taxi even though it is only two minutes away.

“It was bizarre. He had taken things like my glasses case and some tobacco, but left my mobile phone and my keys. 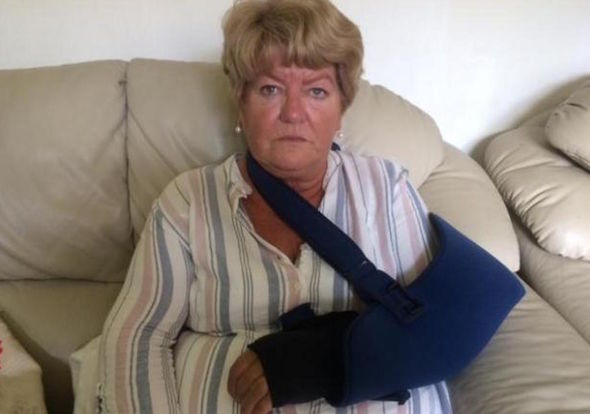 “I couldn’t believe what he’s done. He’s an absolute scumbag.”

The mugger is described as white and is believed to be, 33, around 5ft 8 inches tall and spoke with a heavy Bolton accent.

Police are investigating the matter and urged any witnesses to come forward.

Domestic violence: Mother’s anguish as daughter ‘is sent to live with abusive ex’