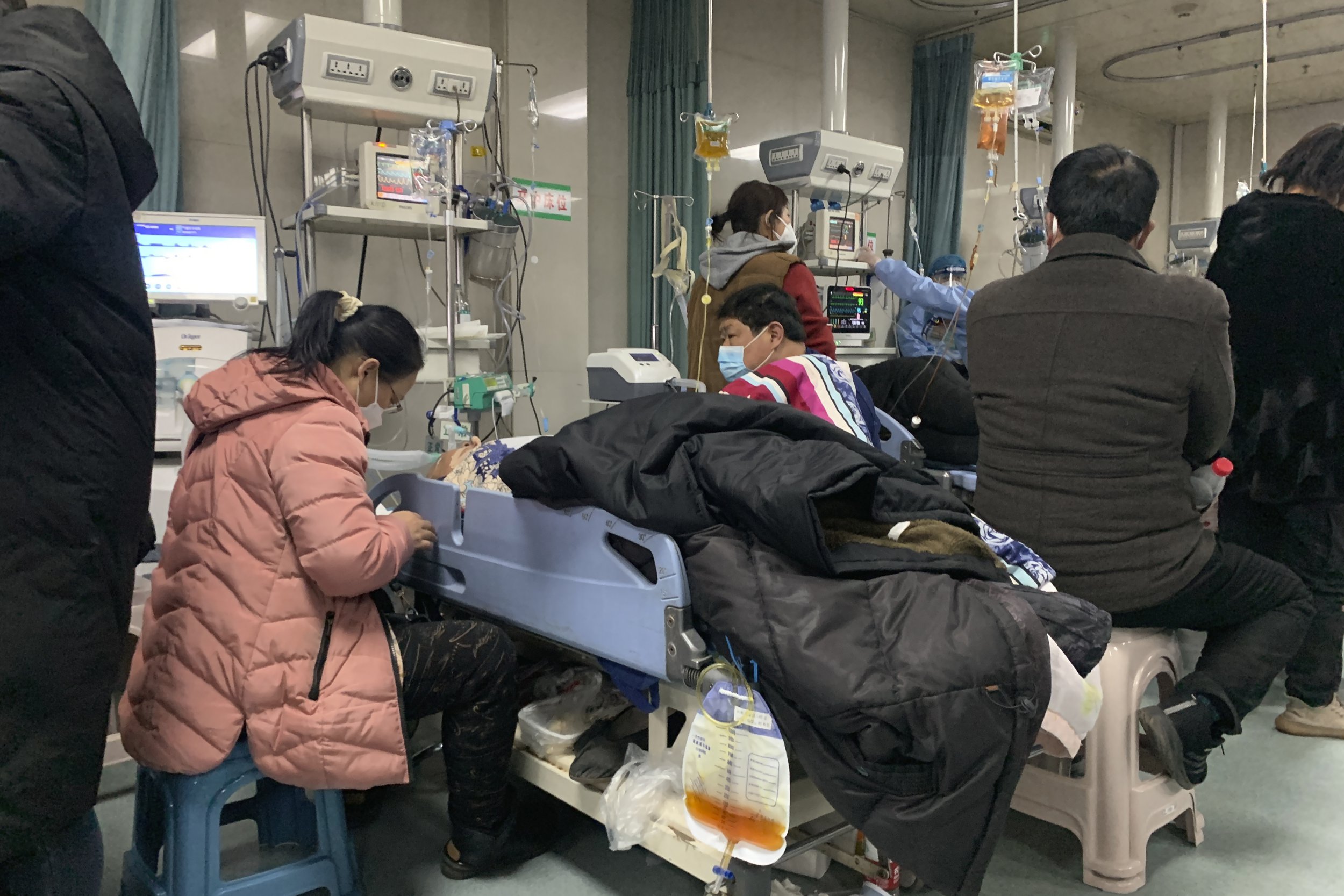 Shanghai authorities have urged residents to stay at home this weekend as China’s most populous city grapples with a huge spike in Covid infections.

Christmas is not traditionally celebrated in China, but it is common for young couples and some families to spend the holiday together.

However, the Omicron variant is currently surging through the population following the government’s abrupt U-turn on the country’s ‘Zero-Covid’ policy.

The outbreak has seen an estimated 37 million people catch the virus in a single day last week.

Experts fear over 1 million people could die from the virus over the next year as the country’s fragile healthcare system has been overwhelmed by the surge in cases.

But while many citizens have welcomed the end of the strict quarantine and lockdown policies, the resulting outbreak has dampened celebrations.

People have been ordered to have a toned-down Christmas to limit the spread.

Shanghai typically hosts a large Christmas-themed market in a luxury shopping area along Nanjing West Road, and restaurants and retailers offer promotions to drum up business.

The current outbreak has seen many restaurants cancel their usual Christmas parties as large numbers of attendees have been forced to drop out, while hotels have had to impose a cap on reservations due to staff shortages.

‘There’s only a certain amount of customers we can accept given our manpower, with a majority of team members who are unwell at the moment,’ said Jacqueline Mocatta, who works in the hospitality industry.

Meanwhile on social media, people have been lamenting that they will be staying inside as most of their friends have tested positive for Covid.

‘I originally planned to go to Shanghai for Christmas but now I can only lie in bed,’ a person wrote on Weibo, China’s Twitter-like social network.

Infections in China are likely more than a million a day with deaths at more than 5,000 a day, in ‘stark contrast; to official data, British-based health data firm Airfinity said this week.

However, the government has been accused of massaging statistics in order to narrow the definition of what constitutes a death from Covid, prompting criticism from many infectious disease experts.

An emergency hotline in Taiyuan in the northern province of Shanxi was receiving over 4,000 calls a day, a local media outlet reported on Saturday.

Taiyuan authorities urged residents to call the number only for medical emergencies, saying guidance about COVID ‘does not fall within the scope of the hotline.’

In Wuhan, the central city where COVID emerged three years ago, media reported on Friday that the local blood repository had just 4,000 units, enough to last two days. The repository called on people to ‘roll up their sleeves and donate blood.’

‘There is an incredible lack of preparation for the virus coming despite them having … ample warning,’ said Leong Hoe Nam, an infectious diseases doctor at Rophi Clinic in Singapore.

Under China’s previous rules, entire towns and cities were put into lockdown if they reported just a few cases, which sparked mass protests and civil unrest amongst the population.

The change in policy makes China the last major country to move towards living with the virus.