Sharon Osbourne praises Camilla for "winning the public over"

Sharon Osbourne has praised Queen Consort Camilla for stepping up to the plate and winning the public over as she discussed her relationship with specific members of the Royal Family. The television star went on to say how much respect she has for King Charles III’s wife, telling Vanessa Feltz that Camilla has won the British public over with her dignity and the work that she has been doing. Queen Consort Camilla has been stepping up to the duties of her new royal title since Queen Elizabeth II’s death.

Ms Feltz said: “Sharon let’s talk to you about this, I know that you had a close relationship with members of the Royal Family.

“I know the King himself sent you a letter when Ozzy wasn’t well.

“And you know, you really do feel an empathy and it seems to me a great affection for them, you’re very, very fond of Camilla as well, the Queen Consort.

“So how did you feel watching the funeral today?”

JUST IN: James Blunt quips he was ‘ushered to front of queue’ to see Queen lying in state 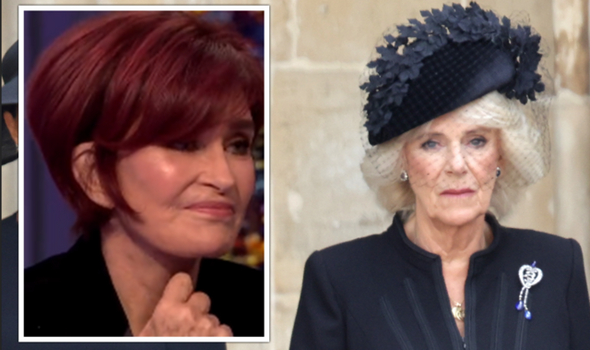 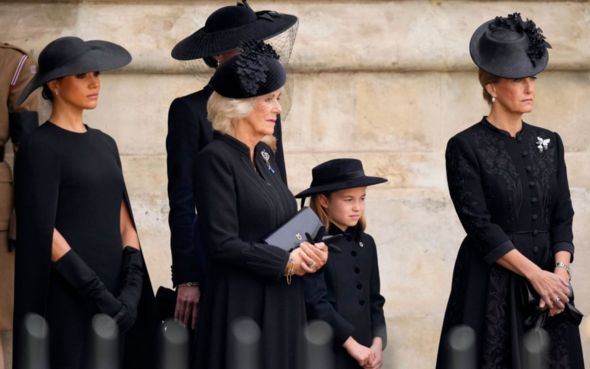 “She has won the public over with her dignity and the work that she does, and I just really respect her and I adore…”

Before the Queen’s passing senior members of the Royal Family began stepping up their duties to the institution.

READMORE: Royals stand together as they say goodbye to Queen – along with millions around world

King Charles began stepping in for the Queen at events such as the opening of Parliament and Garter Day.

The Queen also sent out a public statement which announced that Camilla would become Queen Consort when King Charles succeeded her.

There has since been a reshuffling of titles which has seen Camilla take on more responsibilities to the crown. 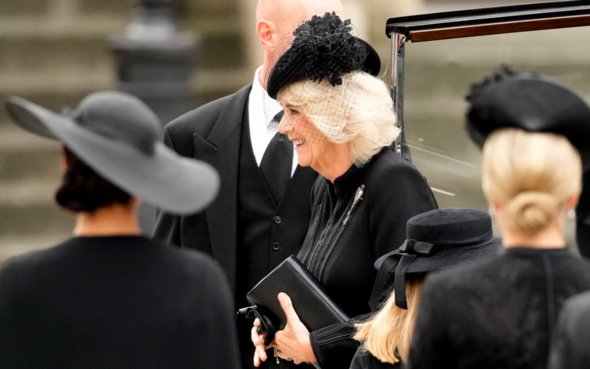 Mr Myers wrote:  “Now, on this most special of days, she has set out part of the country’s future: Camilla. The grand gesture of announcing that Charles’s wife will become Queen Consort is the very highest mark of respect.

“It shows her trust and admiration for a woman she believes will continue the tradition of service she has worked hard to uphold.

“Yet she has risen to the challenge with quiet dignity and been a steady presence in tumultuous times that have engulfed the family. For the Queen to call on us to give Camilla our support when she takes her place is a typically wondrous gesture.

“It forms the centre of a special message from a special monarch, so adept at finding the right words at the right time.”