The Duke of Sussex released a heartfelt statement following the passing of his beloved grandmother and returned to the UK to join other members of the Royal Family for a 10-day mourning period. Despite Harry’s “special relationship” with the late monarch, he caused her a great deal of “pain” after he stepped back from royal duties, royal author Phil Dampier has claimed.

Mr Dampier described Harry’s statement about the Queen’s passing as “heartfelt” and “sincere” but claimed many people would be asking how he managed to “lose his way in recent months” and “cause her [the Queen] so much distress”.

He wrote: “I don’t have any doubt that he loved her deeply.

“But surely he must have realised the pain she suffered as she saw him leave the bosom of the Royal Family and then fire potshots at the monarchy from their new home in California”.

The royal commentator claimed Harry had not planned to visit the monarch at her Balmoral estate, despite carrying out a short European tour visiting Germany and the UK at the time with his wife, Meghan Markle. 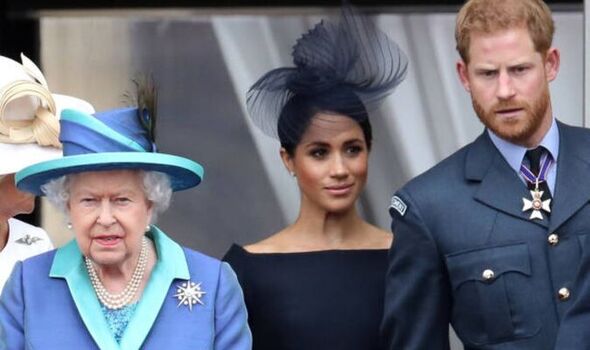 He said “it was only by chance” that the couple were in the country at the time of her passing, and will now “undoubtedly” stay to attend her funeral, on Monday, September 19.

One of the “potshots” Mr Dampier is likely referring to is the comments made by Harry and Meghan during their infamous interview with Oprah Winfrey, released in March 2021.

While speaking with Oprah, the royals made a series of shocking allegations about the Firm, including that an unnamed royal questioned how dark their son Archie’s skin would be.

Meghan also said she felt “silenced” by the family, and described an incident between her and Kate, Princess of Wales, who reportedly made her cry. 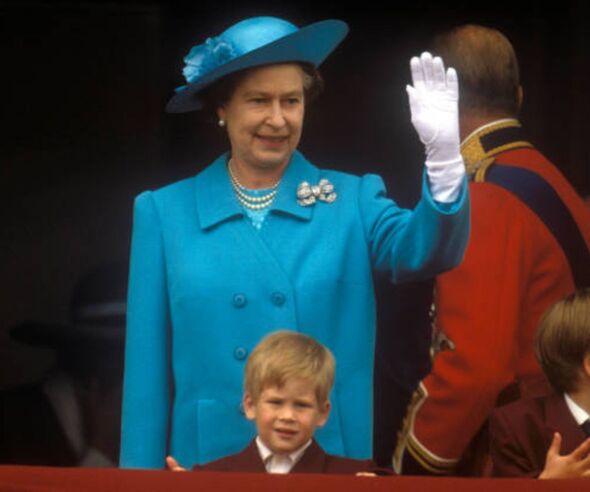 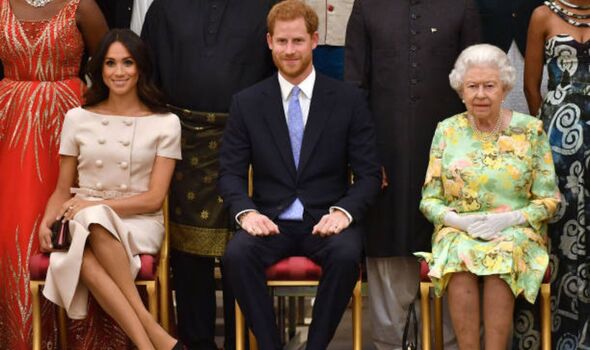 Despite the tensions, Harry maintained that he and the Queen still had a very “special relationship” and revealed that she talks to him about things she can’t with anyone else, during an interview at the Invictus Games in April this year.

Following the Queen’s death, the father-of-two released a heartfelt statement in memory of his late grandmother.

It also included a mention of his father, King Charles III, who expressed his own love and well wishes for Harry and Meghan’s new life “across the pond” during his first address to the nation as King. 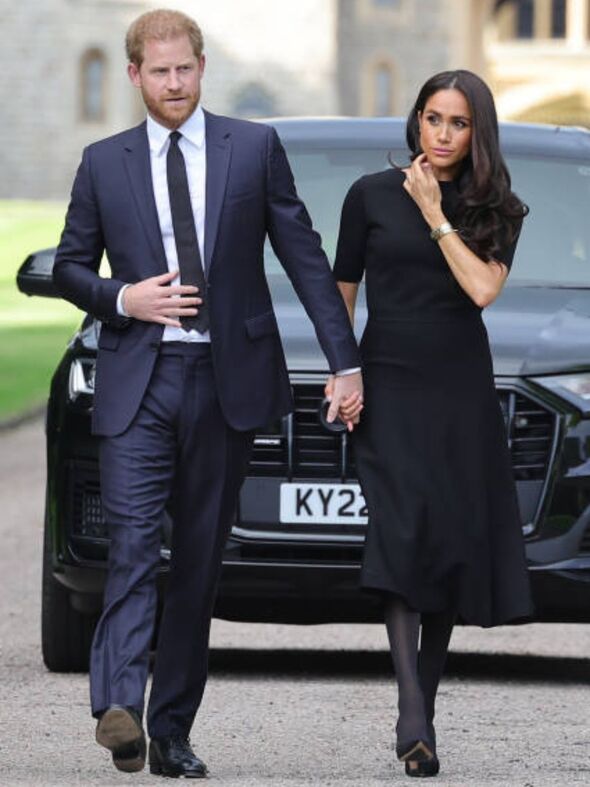 Harry’s statement read: “Granny, while this final parting brings us great sadness, I am forever grateful for all of our first meetings – from my earliest childhood memories with you, to meeting you for the first time as my Commander-in-Chief, to the first moment you met my darling wife and hugged your beloved great-grandchildren.

“I cherish these times shared with you, and the many other special moments in between. You are already sorely missed, not just by us, but by the world over.

“And as it comes to first meetings, we now honour my father in his new role as King Charles III.”

He concluded: “We, too, smile knowing that you and grandpa are reunited now, and both together in peace.”