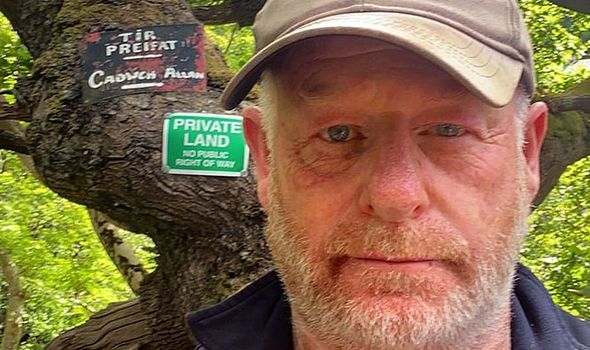 Elwyn Jones, 59, is regularly confronted by hordes of day-trippers and fly-campers trespassing on his land. They often climb over a stone wall by a dual-carriageway and carry picnic tables and chairs down to beauty spots, including a stream, beside the farm.

If I ask them to leave, usually I just get a mouthful of abuse. Sometimes it does get quite threatening

And the sheep farmer admits the behaviour can get “quite threatening”. He was only saved from physical harm by flagging down a passing police vehicle on one occasion, reports North Wales Live.

So now the man intends to buy a bodycam for personal protection.

“It’s been a problem for a few years but it’s got really bad since last summer when the first lockdown ended,” said Mr Jones, who runs a farm in Betws y Coed near Snowdonia, north Wales.

“As soon as the weather improves, people start coming here.

“In the layby, within 70 yards, there are four or five signs saying “private land”, but they are ignored.

“People climb over the wall and go down a steep bank to the river, taking all their equipment with them.

“If I ask them to leave, usually I just get a mouthful of abuse. Sometimes it does get quite threatening.

“You can get a bodycam for around £100. It would not just be for gathering evidence but also for my own protection.” 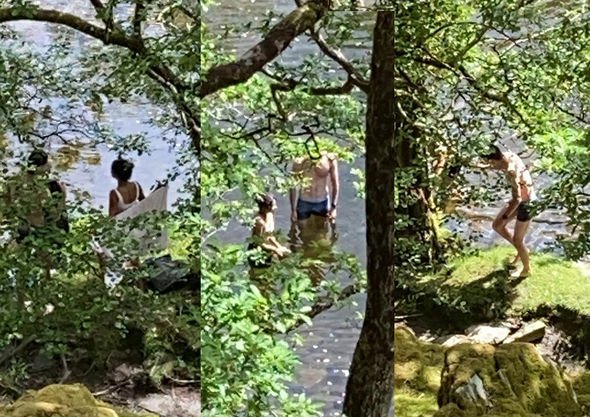 Sometimes the trespassers bring dogs and camping equipment through his field, and play loud music into the night.

The land, just off the A5, is private and there is a series of warning notices posted along a layby where drivers park.

But trespassers ignore the signs and have previously torn down wire fencing put up by Mr Jones.

Mr Jones even appealed to fellow farmers for a supply of smelly pig muck to be spread on his land as a deterrent this week, an idea rejected due to environmental concerns.

He added: “Some of these people can get aggressive.

“I’m aged 59 now and I’m down there by myself, surrounded by men who sometimes get right into your face, screaming abuse.

“Some situations threaten to get violent. I worry that if something was to happen, it would be my word against theirs, and I would be outnumbered.

“The whole situation is unreal.”

Conwy Borough Council is liaising with police and other agencies to help tackle the problem.

But the authority, led by the Tories, recognises people want to “enjoy north Wales”.

A spokesman said: “Whilst we understand people are eager to get out an about and enjoy North Wales, we ask that everyone remembers to be considerate to others.

“This includes complying with the law, following COVID-19 guidance and looking after the environment – parking responsibly, following the countryside code, and taking your litter away with you.”