Pictures shared on social media by the Royal Family and Boris Johnson show the Queen holding her weekly audience with the Prime Minister remotely from Windsor Castle. And royal fans pointed out the monarch’s old-fashioned corded white phone.

Another said: “Wow she’s still got the old telephones.” 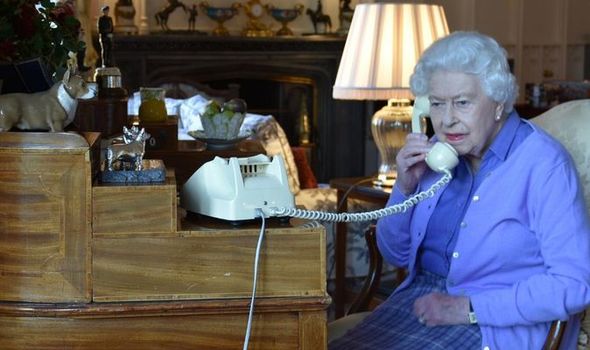 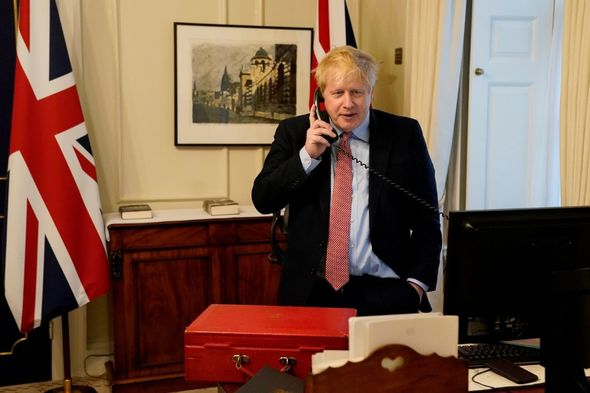 A fifth said on Twitter: “I love the fact that the Queen has a proper old fashioned phone.”

Another added: “Loving the old phone..happy memories of childhood.”

One also pointed out the Queen’s china corgi ornament, saying: “The telephone! The Corgi ornaments! The cardi! How can you not treasure the nations Grandma!” 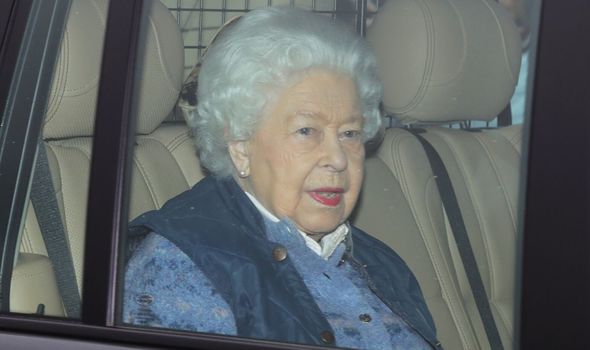 Another wrote: “Looks like she has been using the phone during her reign too! A frugal lady indeed. She always sets the standard, especially in challenging times.”

One more said: “Nothing has ever been more adorable than this pic of the Queen holding a corded phone.”

The Queen also had her weekly audience with Mr Johnson by phone last week. 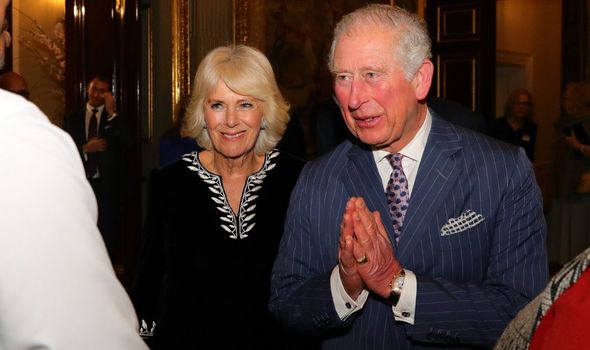 The head of state, who turns 94 next month, is social distancing at her Berkshire residence with Prince Philip, 98.

The picture of her weekly audience with Mr Johnson was released on the same day that Clarence House announced that Prince Charles had tested positive for Covid-19.

Charles, 71, who has “mild symptoms”, is self-isolating at Birkhall in Scotland with Camilla, 72, who tested negative for the virus.

Clarence House said: “The Prince of Wales has tested positive for coronavirus. 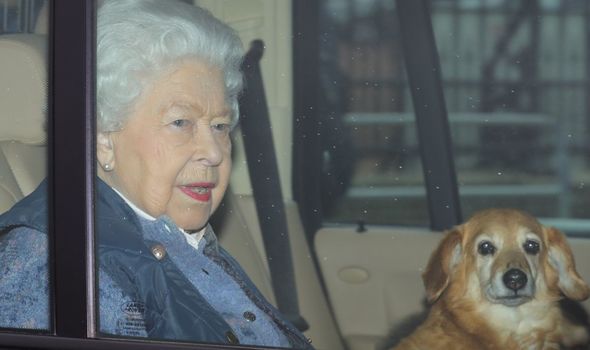 “He has been displaying mild symptoms but otherwise remains in good health and has been working from home throughout the last few days as usual.

“In accordance with Government and medical advice, the prince and the duchess are now self-isolating at home in Scotland.

“The tests were carried out by the NHS in Aberdeenshire where they met the criteria required for testing.”

Buckingham Palace said the Queen remains in good health and is following all appropriate advice.

A spokeswoman said: “Her majesty the Queen remains in good health.

“The Queen last saw the Prince of Wales briefly after the investiture on the morning of March 12 and is following all the appropriate advice with regard to her welfare.”

The monarch is expected to make a public address to the nation at some point in the coming weeks and pay tribute to health workers as well as offer support to the country living with strict restrictions aimed at combating the virus.