This shocking footage shows the moment a cruel dog owner dragged a tiny pup along the pavement on its stomach.

The RSPCA is urgently seeking to trace the man, who was filmed yanking the pint-sized pooch as it appeared to be trying to lie down on the path in Stoke-on-Trent, Staffordshire.

At one point, it looks as though the dog refuses to budge and ends up being lifted off the floor by its lead.

The man, wearing a grey t-shirt, dark shorts, black socks and Nike trainers, continues to drag the pup along Duncalf Street in Burslem while the animal lays sprawled on the walkway.

Lillie Dowling, who filmed the incident, can be heard in the background saying: ‘What the f**k, what the actual f**k?

Sharing the video on Facebook, she wrote: ‘I’ve just witnessed someone dragging their dog up the bank.

‘I tried to video as much as I can. If anyone knows this man, please can you report him or let someone know that the dog is ok?

‘I did shout out my car window to tell him to pick the dog up but he literally told me to f*** off.’ 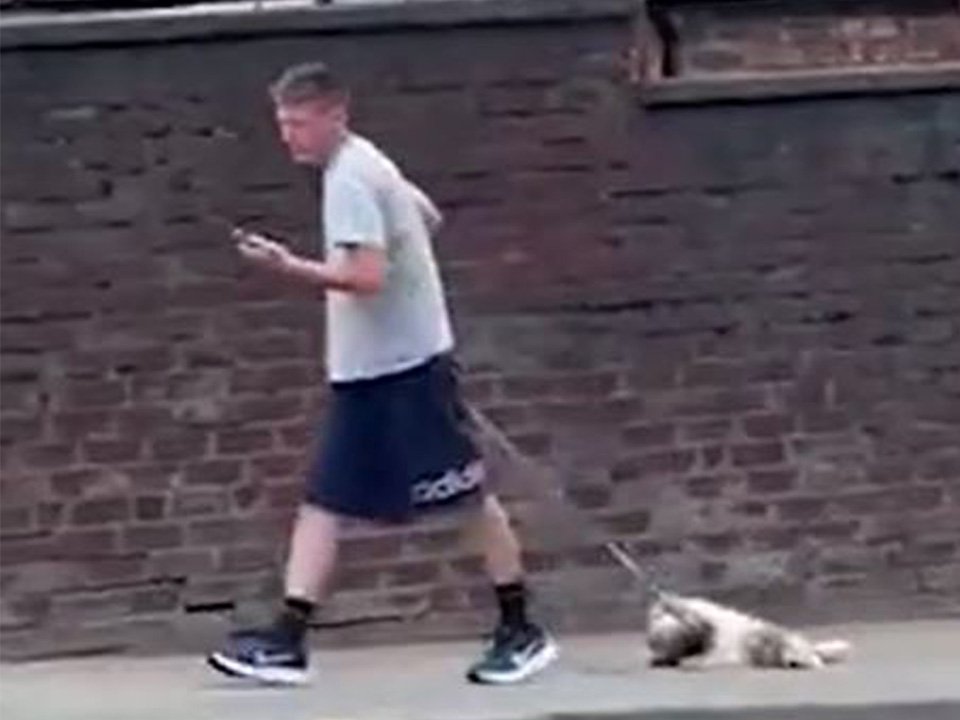 Among a number of comments by people appalled by the incident was one saying: ‘I feel sick watching this, that poor dog. What a disgusting human being.’

Staffordshire Police confirmed it had been made aware of footage of a man ‘being cruel to a dog’ and passed it on to the RSPCA who are investigating.