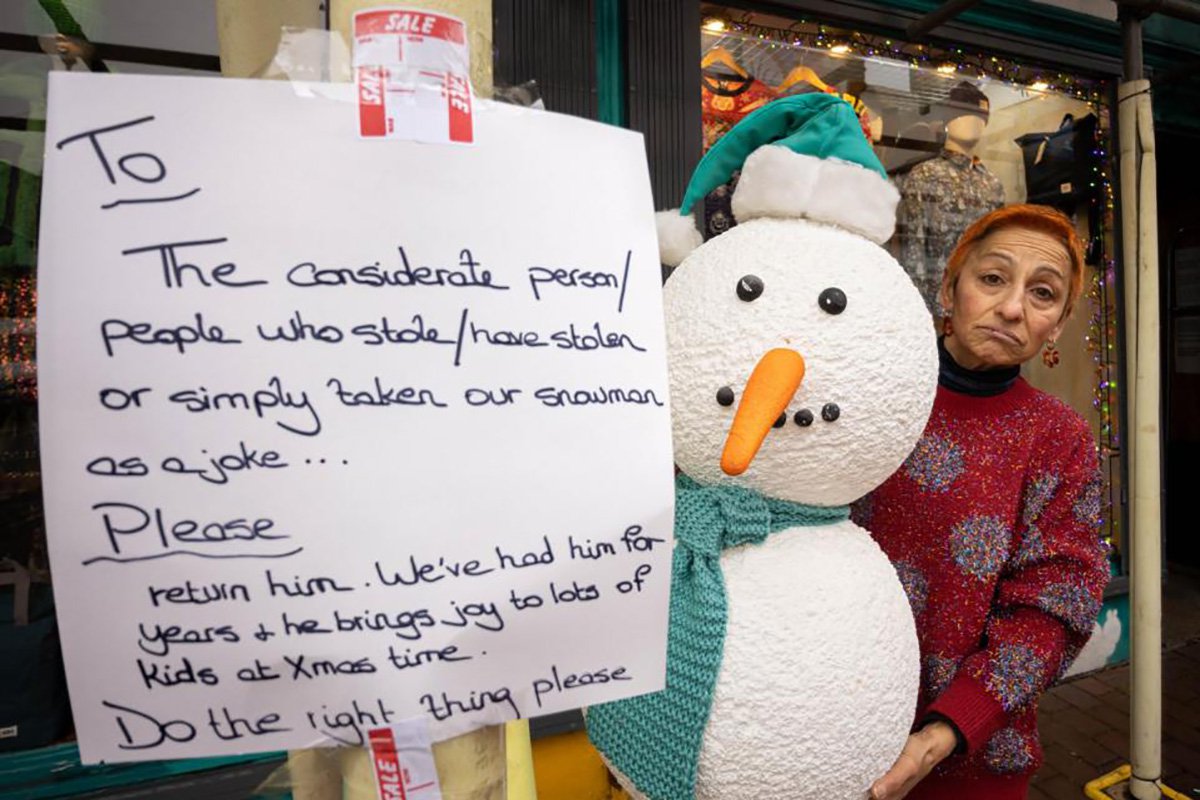 A shopkeeper whose snowman was taken from outside her shop has made a plea for whoever took Frosty to bring him back.

Soly Daneshmand, who owns a vintage shop in Brighton, has displayed the 4ft snowman outside for the last five years.

But when she arrived at work on Monday morning, Frosty was nowhere to be seen.

And, unlike in the famous cartoon, we don’t think this was because he had melted.

Soly said that she now fears losing trade from Ju-Ju in the North Laine, as many customers would stop to look or take pictures with the character and then end up coming inside.

She said she is also very attached to the snowman as it has been a fixture for so long, and hopes it might have been taken ‘by mistake’.

Although she has some smaller ‘baby’ snowmen, she is now reluctant to leave these outside in case they also mysteriously go missing.

And she has urged the ‘lovely people of Brighton’ to bring Frosty back home, saying: ‘If you’ve had your fun, bring it back.’

Soly, who owns the shop along with Tim Price, has put a sign up outside asking the snowman swipers to ‘do the right thing’.

They have even offered a £5 reward for Frosty’s safe return, saying: ‘It’s Christmas, be generous in spirit.’

Tim told the Argus: ‘I think we should have a massive campaign to find Frosty before Christmas.’

Their sign reads: ‘To the considerate person/people who stole/have stolen or simply taken our snowman as a joke…

‘Please return him. We’ve had him for years and he brings joy to lots of kids at Christmas time.

‘Do the right thing please.’