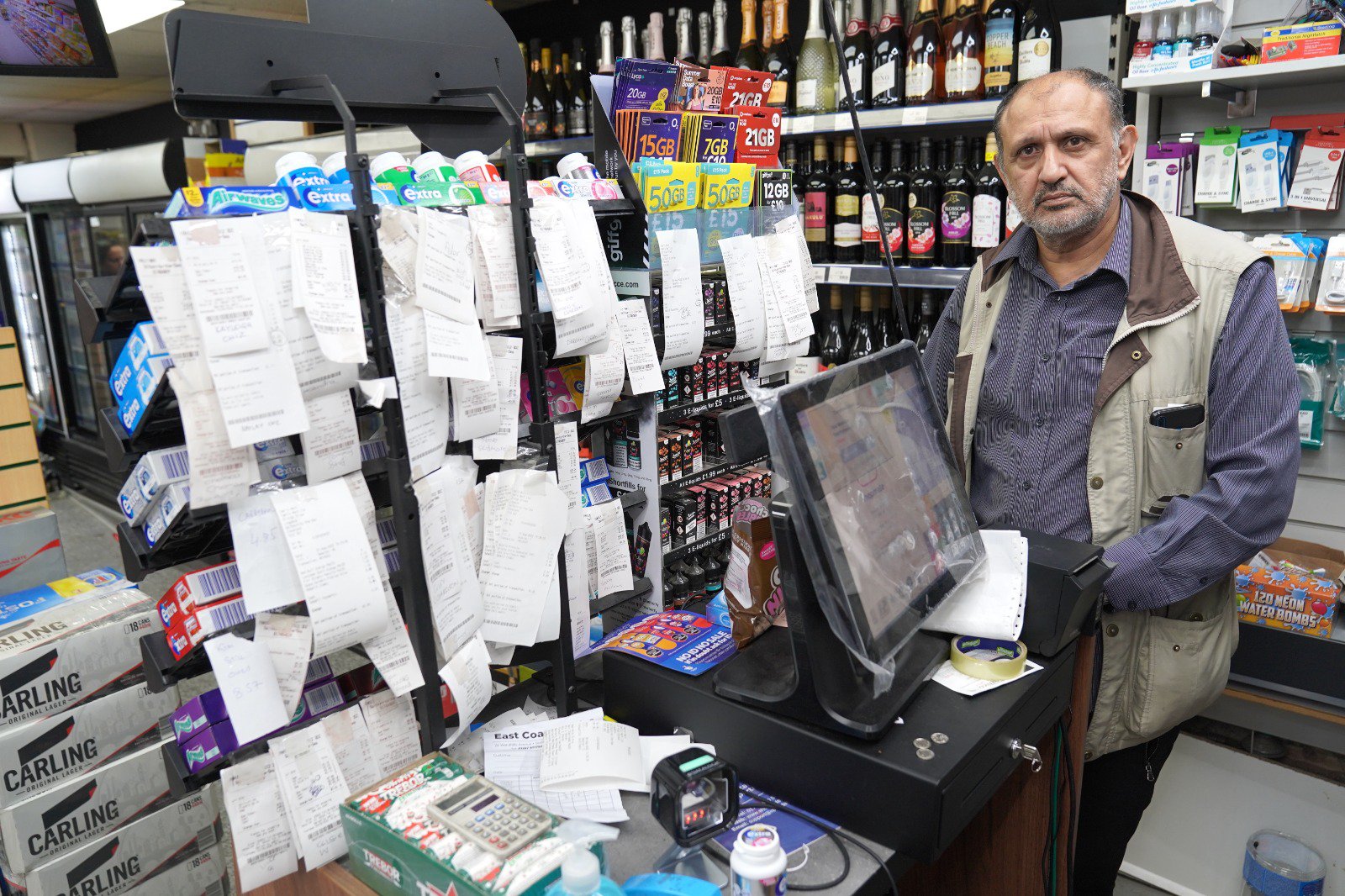 A shopkeeper says a wall covered in £2,000 worth of unpaid orders is growing every day because of the cost of living crisis.

Abid Hussan sees crying customers begging him for a favour because they can’t afford essentials on a daily basis.

The charitable business owner has been allowing people to show now, pay later for years but says it’s getting out of hand.

His wall of receipts is grown, he says, and it’s only going to get worse.

Abid, who runs the Family Mart convenience store in Lingdale, North Yorkshire, says his staff provide items ‘on tick’ to people in the area when they are in dire need.

Most come and back and pay when they can, but some never return with the money.

He said: ‘Some of them can’t afford it, some are a bit embarrassed, they promise you “next week”.

‘We are a small village and people are going through difficult times. We’re a local, community-serving business.

‘People are already suffering – you can see it already. With fuel bills going up, it’s only going to get worse.

‘We’ve done this for many years, people are already in hardship.

‘It’s hard for a small business, we have overheads at the end of the day. Our electricity is going up.’

His story is one of many across the country which shine a light on a rising tide of hardship.

A food bank manager revealed to Metro.co.uk this week that the number of people turning to them has doubled in this month alone.

Nigel Tedford described what he and his colleagues witness at Stockport Food Bank, in Greater Manchester: ‘You see people who are used to using the food bank and will come in without feeling embarrassed about it.

‘But then there’s also an awful lot of people saying: “I shouldn’t be here”.’

The main pressure facing families is spiralling energy costs, which will rise to £3,549 on October 1 and could go as high as £7,000 next year.

That is fuelling inflation levels unseen in a generation, which one bank warned this week could hit 20%.

Chancellor Nadhim Zahawi admitted that cost of living pressures wouldn’t be isolated to the most vulnerable this winter, warning people earning as much as £45,000 will feel the pinch.

Get in touch with our news team by emailing us at [email protected]ro.co.uk.

George, Charlotte and Louis steal the show in Kate and Will's anniversary video