Home » Europe » Should Meghan and Harry lose their titles? Here’s how YOU voted

Meghan Markle: Ross King on podcast reaction in US

Meghan Markle’s podcast Archetypes debuted on Spotify last week, topping the listener charts. In conversation with Serena Williams and Mariah Carey across the first two episodes, Meghan shared more details about her uncomfortable experience within the British monarchy. Joined by her husband and the couple’s son Archie Harrison for an interview to promote the podcast, Harry hinted at friction within the Royal Family.

The Duke and Duchess of Sussex stepped away from royal duties in 2020 to become financially independent and pursue other projects.

The couple have since entered a development deal with Netflix, as well as signed a multi-year podcast partnership with Spotify.

The stated aim of Meghan’s podcast, Archetypes, is to “rip apart the boxes women have been placed into for generations,” but the series has also proved to be another avenue for levelling criticism against the Royal Family.

During the first episode, featuring a conversation with tennis ace Serena Williams revolving around women and ambition, Meghan said: “I don’t remember ever personally feeling the negative connotation behind the word ambitious until I started dating my now husband.” 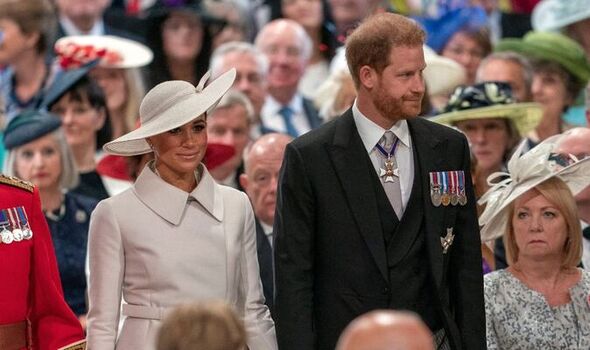 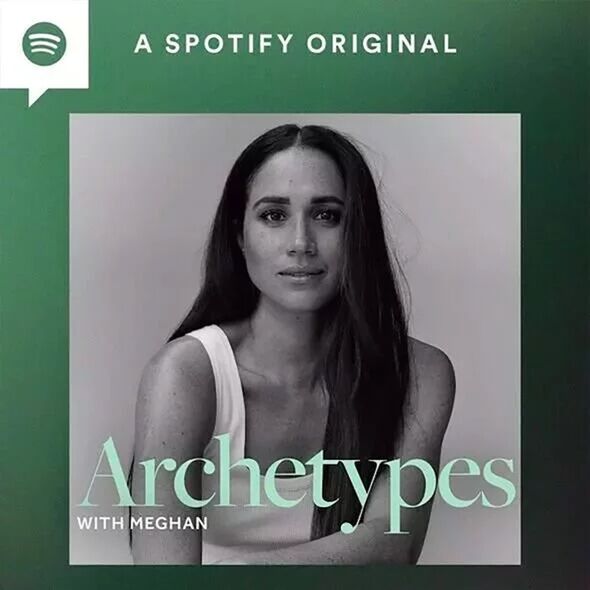 Meghan then spoke about having to continue with a planned royal engagement in South Africa after being told there had been a fire in the nursery in which her son Archie, who was unharmed, was meant to have been taking a nap.

Promoting the podcast, in an interview for New York Magazine’s The Cut alongside Prince Harry and the couple’s son Archie Harrison, Meghan discussed the tension that arose when she and Harry first tried to leave.

Recalling their proposal of a half-in, half-out solution, Meghan said: “That, for whatever reason, is not something that we were allowed to do, even though several other members of the family do that exact thing.”

During the same interview, Harry suggested some members of the Royal Family “aren’t able to work and live together.”

In a poll that ran from 6pm on Wednesday, August 31, to 10am on Thursday, September 1, Express.co.uk asked readers: “Should Meghan and Harry lose their titles?”

A total of 17,559 people responded, with a staggering majority, 98 percent (17,234 people) answering “Yes”, the Duke and Duchess of Sussex should renounce their royal titles.

Only two percent (273 people) responded “No”, while a further 52 people said they did not know.

In the hundreds of comments left below the accompanying article, readers justified their votes. 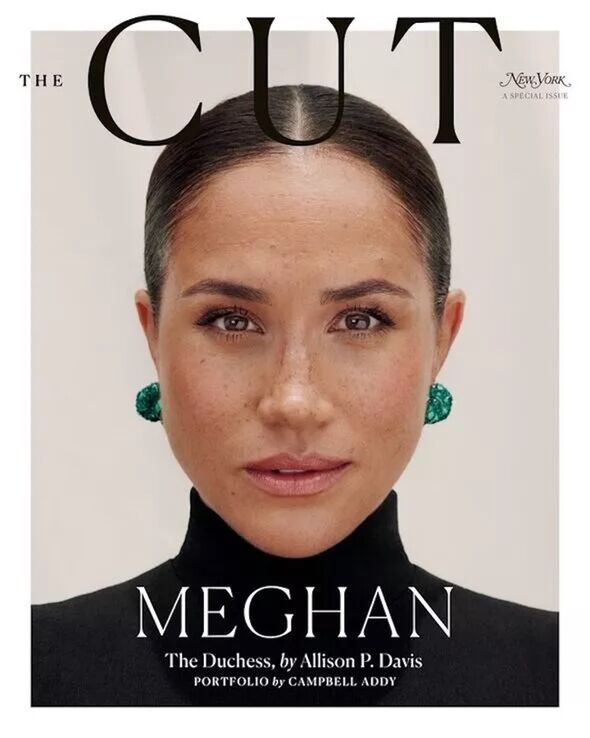 The verdict was near-unanimous, with the overwhelming majority of readers explaining why Meghan and Harry’s royal titles were no longer deserved, encapsulated by username ShakerVara’s words: “​​YES (of course).”

Username Beehive matter-of-factly wrote: “The titles should have been removed immediately they stopped as working royals, and moved out of the UK.”

Other readers took to discussing the matter in more detail, username Worldwatcher saying: “Maybe his title of Prince is his birthright but his other titles The Duke of Sussex, Earl of Dumbarton, and Baron Kilkeel can be and should be removed.”

Username AlphonsoDeBarbo said: “The Royal Family needs to implement a policy where for any titles granted there needs to be a preliminary phase to see if the individuals etc deserve such an honour… and if they don’t measure up, the titles are automatically rescinded… A 10 year trial period would cover it!”

Username e8 meanwhile, questioned the validity of the British title system in general, writing: “My question is why do they still have them?”

Username Exiled in the desert SW took the thought even further, saying: “Titles such as King, Queen, Prince, Princess, Duke, Duchess, etc, etc, etc, and all the special privileges that go with them, have no place in the 21st century anyway.

“Only a nation that lives in the past would continually endorse a class system that treats the privileged few as demi-gods, simply because of who they are, not what they have achieved.”

However, username Slow Burn was less enthusiastic about reform, writing: “It would take an Act of Parliament to accomplish that. It’s hardly worth the trouble.” 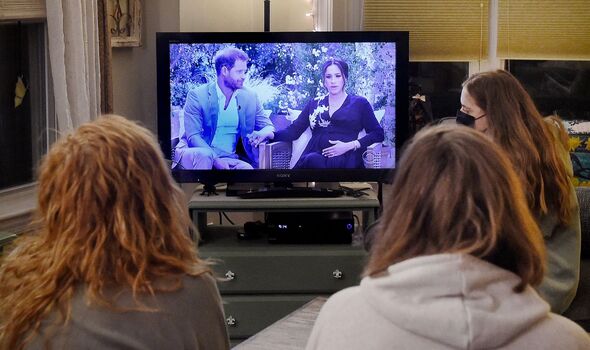 Prince Harry’s tell-all memoir, rumoured to contain further uncomfortable revelations for the Royal Family, is expected to hit shelves in time for Christmas.

However, Page Six reported the book may be delayed until next year because the Duke of Sussex is unsure about its publication.

Entertainment Tonight quotes an anonymous source claiming that the “royal family is disappointed by Meghan Markle’s latest comments in The Cut magazine and on her podcast.

“They are distressed that after stepping back from the royal family — claiming a need for privacy – she continues to publicise family matters in public.”