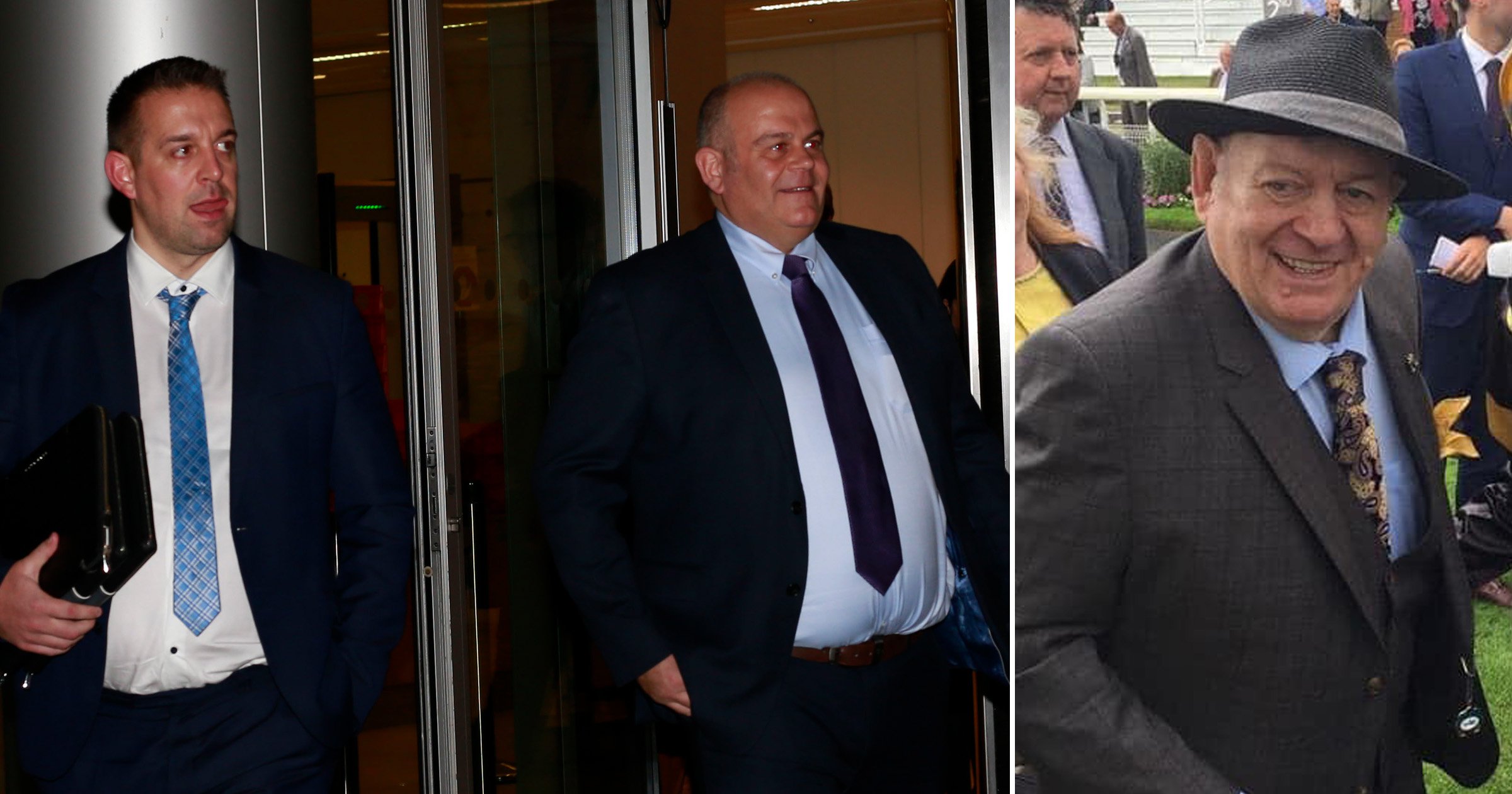 Four siblings are going to court over £12 million left in a will from their father, a multimillionaire racehorse breeder.

Self-made tycoon Reg Bond made £55 million over his lifetime but had already given most of it away to his children before he died.

Around £12.3 million was left, however, of which his last will left the bulk to his two youngest sons.

His elder two children were left with just £325,000 each – and they are now contesting it, claiming their dad was not of sound mind when he made the will, and always intended to split his fortune equally.

Mike, 51, and Lindsay, 54, are now fighting their two younger brothers in the High Court, claiming their dad’s 2019 will was invalid because Reg was too ill to understand what he was signing.

The judge, Master Julia Clark, heard that Reg made his own luck after he was blinded in one eye by a shard of flying metal while working as a mechanic aged 22.

He used his £350 compensation cash for the injury to set himself up in a car parts business alongside his dad, beginning from a small garage in Pocklington, Yorkshire, in the 1960s.

That business developed into Bond International Tyres, which over the subsequent decades Reg built up, turning it into one of the UK’s largest wholesalers, selling over five million tyres a year.

Reg then turned his hand to racehorse training and breeding, producing a string of winners.

The court heard it claimed that he and his wife, Betty, who grew up in the same street but died before him, had both had a ‘longstanding’ determination to share the family fortune equally between all four children.

Reg was diagnosed with a brain tumour in 2010, but a doctor’s report written just before the 2019 will declared him mentally sound.

The court heard that Reg began estate planning two years later in 2017 and 2018, handing over a total of £43.45m worth of shares in R&RC Bond Wholesale Ltd – the family company behind Bond International – equally to his four kids as a lifetime gift.

The gift amounted to 80% of Reg’s shares in the company, and in 2017 he made a will dividing most of the rest of his fortune – amounting to £12.3m including the rest of his shares – equally between his kids too, with Charlie getting his horses.

But in 2019, two years before his death, he made a final will, handing his remaining £11m shareholding in the company to Charlie and Graham alone.

The remaining £1.3m in his estate, including the horses, was divided equally, leaving Mike and Lindsay with around £325,000 each and their younger brothers £5.825m each.

Lawyers for Mike and Lindsay Bond now say their dad didn’t have a clear mind in November 2019 and ‘lacked testamentary capacity’ when he made his last will, highlighting the fact he had been suffering from a brain tumour since 2010.

Mike and Lindsay want the court to overrule the 2019 will and reinstate the previous will from 2017, also alleging that his last will is ‘invalid for want of knowledge and approval’.

The younger brothers’ KC, Clare Stanley, told the judge: ‘It’s alleged by Michael and Lindsay that, although their father had capacity when he made the August 2017 will, and in June 2018 when he gifted (the) shares, he somehow lost it over the next one to two years.

‘It will have to be seen how this case gets off the ground, not least because the contemporaneous medical records of Reginald Bond’s treating consultant in October 2019 stated that he “has always been compos mentis and retained a very good memory. As things stand Mr Bond is fit and well for all purposes including running his own business and making decisions”.’

In court, Ms Stanley insisted on the validity of Reg’s final will, noting that he had ‘prepared his own instructions for what should be in his will’ and went carefully through the details with the solicitor who drafted the document.

Reg and his solicitor ‘discussed his rationale for leaving his shareholding to Charlie and Graham and why Lindsay and Michael should not share in that gift’.

The solicitor noted that ‘the will contained his wishes, this is what he wanted,’ said the barrister.

Although all four of his children are now major shareholders in the company, Charlie and Graham Bond play leading roles as respectively CEO and purchasing director.

The Bond family case reached the High Court in a three-hour hearing before Master Clark dealing with pre-trial case management questions and issues of evidence disclosure.

No specific date has yet been fixed for the full trial.