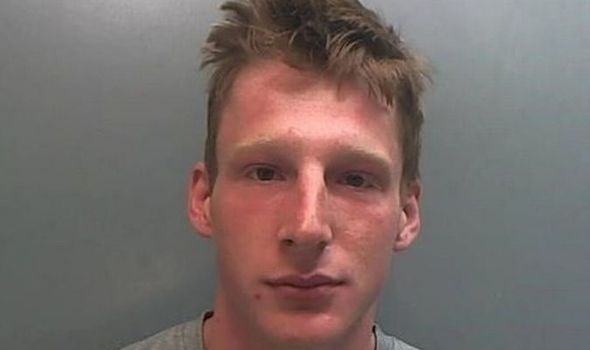 Adam Lovatt, 45, from Audlem, had been celebrating his birthday on Friday May 25, 2018. He was assaulted on the night by Samuel Thorpe, 26, of Annions Lane, Wybunbury, who punched his victim to the ground. Mr Lovatt suffered two skull fractures and a bleed to the brain after his head hit the ground.

He later died that day.

His assailants were indicted for manslaughter at Liverpool Crown Court on Friday.

Mr Lovatt had been drinking in the Lord Combermere pub on the night of the assault.

After his wife decided to head home, he carried on the celebrations at the Shroppie Fly.

While at the pub, Thorpe objected to his presence, Stoke on Trent Live reports.

Mr Lovatt decided to leave the pub and walked down Shropshire Street.

Despite attempting to leave the scene, Mr Lovatt was followed by Thorpe and his co-defendant, Nicholas Hill, 37, of Moorsfield Avenue, Audlem.

Thorpe then confronted the victim outside the Bridge Inn.

He punched him in the face thus causing his victim to fall to the ground.

After a passerby saw Mr Lovatt, Thorpe ran away back to the Shropppie Fly.

An ambulance was called for Mr Lovatt.

Thorpe, however, drove away to Market Drayton where he agreed an alibi with Hill.

Thorpe later threw his phone away and went to stay in a guesthouse in North Wales.

Detective Inspector Adam Waller, who led the investigation into the death, said: “Adam’s life was tragically cut short with just one punch. It’s a stark reminder to people that that the decision to strike out at someone in anger could change lives instantly.

“Neither Thorpe nor Hill made any attempts to look after anyone else but themselves in making their escape and attempting to cover their tracks.

“The attempts to besmirch Adam’s character throughout the trial have been distressing for Adam’s family to have had to bear witness to, and thankfully have had no bearing on the outcome.”

Thorpe was found guilty of manslaughter.

Hill was found not guilty of manslaughter but had already pleaded guilty to assisting an offender at an earlier hearing.

Both will be sentenced on November 26.