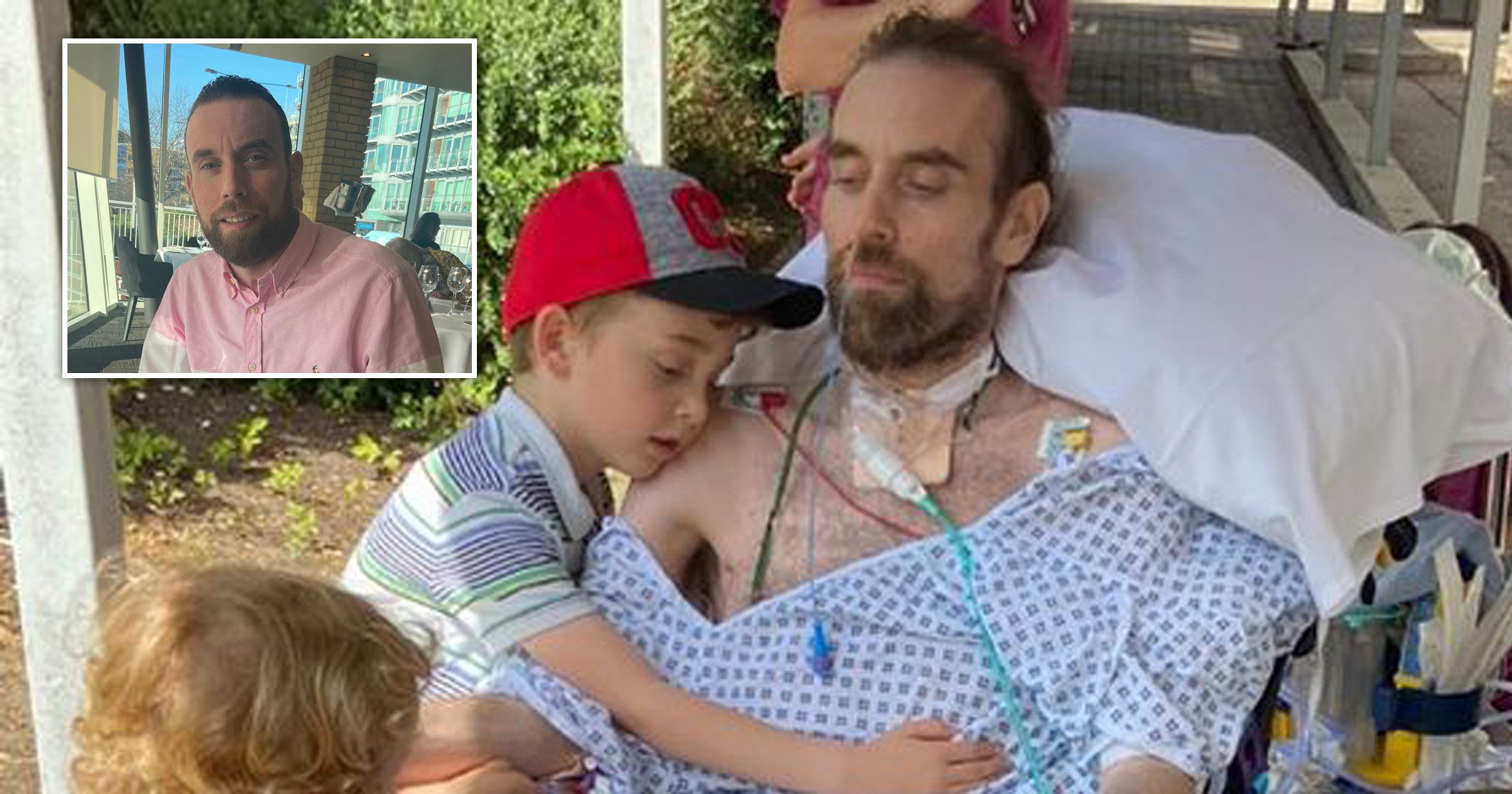 A dad described as ‘London’s sickest ever’ Covid-19 patient has only just come off oxygen support after contracting the virus in 2020.

Andrew Watts, 40, fell ill on Christmas Day and was admitted to Queen Elizabeth Hospital in Woolwich with coronavirus pneumonia.

Having spent eight months in intensive care and two months on a ward, he became one of the longest patient stays doctors had ever tended to.

The dad-of-two was in an induced coma for five weeks and suffered two life-threatening lung collapses – at which point the hospital called his wife Hayley to discuss turning his ventilator off.

‘I fought until the end, I wanted to get back to the kids and wife,’ Andrew said.

‘It’s a bit surreal to me, to be honest. I think, why did it happen to me? I feel proud that I managed to get out of it, and out the other side, and get my life back.’

The cab driver from Bexley was not vaccinated when he was struck down with the virus due to the rollout being in the early stages, though he has since been triple-jabbed.

He has warned Londoners against vaccine misinformation and conspiracy theories, urging them to follow suit and receive their jabs.

Andrew was finally released almost a year after he was admitted, and has spent the past few months learning to walk and talk again.

Having used a tracheostomy pipe in hospital, he has been left with a hole in his neck which had not yet healed properly and is impacting his ability to shower and swim.

Nevertheless he has made a slow but steady recovery supported by his wife and sons Jack, 6, and Joshua, 3.

‘Only a week and a half ago, I came off a nasal cannula for the first time since leaving the hospital. I used it for nine hours every night to aid my recovery to help my lungs get back to some sort of normality,’ he said.

‘I managed to get to my son’s school and back last Monday. I can do about 15 minutes of walking before my legs start burning up.’

Andrew’s recovery comes as prime minister Boris Johnson announced the end of Plan B Covid measures in England due to belief the wave of Omicron infections has mostly passed.

Mandatory face masks and Covid-19 passes, working from home and self-isolation rules are all set to change – news that was met with some skepticism.

However, despite being clinically vulnerable, Andrew welcomed the move.

He said: ‘I want everyone to live their lives to the max, this isn’t going anywhere and we’ve got to learn to live with it.

‘I could wrap myself in cotton wool and live in a box but then what’s the point in living? I want the world to get back.’