Sinn Fein is a party in both the Republic of Ireland and Northern Ireland — it is led by Ms O’Neill in the north, who has gone on to become the deputy First Minister of the country. The Republican Party is now in coalition with the Democratic Unionist Party (the DUP) in the Northern Ireland Assembly, after years of suspension due to a 2017 disagreement between the same two parties. Sinn Fein has stepped into the spotlight again after Ireland’s surprising 2020 general election, which saw a huge swing in support for the Republican Party.

The republicans secured 37 seats in the Dail, making them the second largest party to be elected.

Sinn Fein also had another boost during the Brexit negotiations when Prime Minister Boris Johnson agreed that Northern Ireland should still abide by the EU’s customs union and single market rules.

Some dismayed unionists saw this as making it more closely aligned with Ireland rather than the rest of the UK, which will be leaving the customs union and single market.

Ms O’Neill then stoked unionist fears further when she shockingly said Brexit will lead to a united Ireland in the next decade just last week. 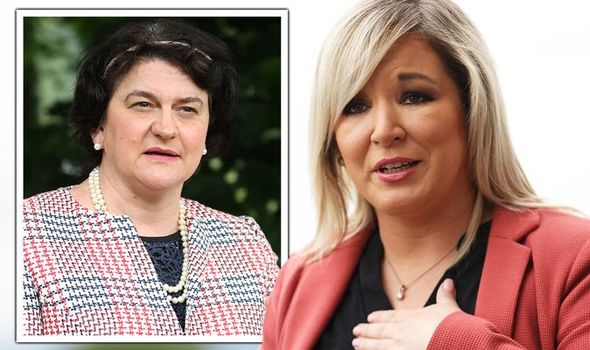 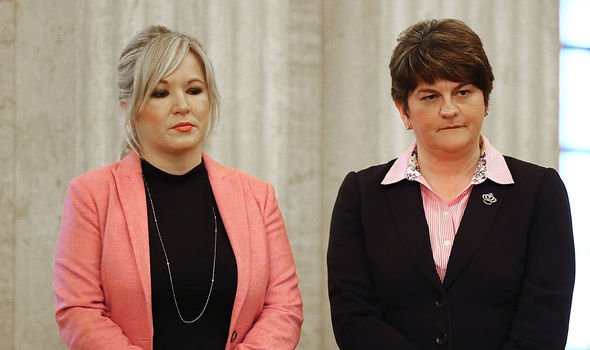 However, the Republican cause was dealt a blow earlier this week when a British legal mind suggested Ms O’Neill could be pushed out of her post.

A controversy has been brewing over pensions within Northern Ireland, as republicans want former IRA members to be able to qualify for an upcoming scheme — despite the criteria which is set to exclude those convicted of inflicting serious harm during The Troubles.

Campaigners for civilian victims have protested against this, resulting in a deadlock.

Westminster passed a law where Stormont had to get the pensions scheme in place by this spring — but Sinn Fein has refused to nominate a government department to run the scheme. 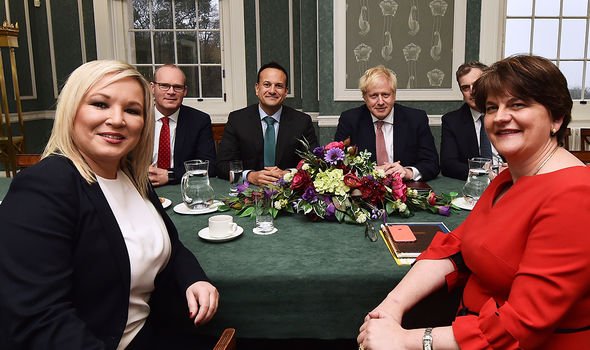 High Court judge Gerry McAliden then blasted the party earlier this week, saying their efforts were being made to “subvert the rule of law for political ends” and said Ms O’Neill’s stance was “fundamentally inappropriate”.

He also said he may need to issue directions that would force Ms O’Neill and the DUP First Minister Arlene Foster to designate a department for the scheme.

The judge explained that the “dual nature of the leadership within The Executive Office” meant “a more coercive order” may be required to resolve the situation quickly.

Lawyer and legal commentator Joshua Rozenberg told BBC Good Morning Ulster this week that the judge is “very clear that he is likely to rule against the deputy First Minister Michelle O’Neill when he gives judgement on Friday”. 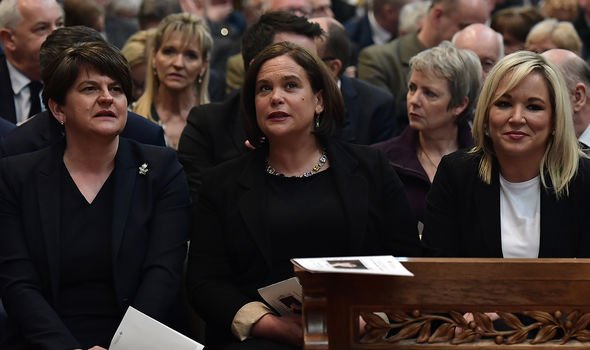 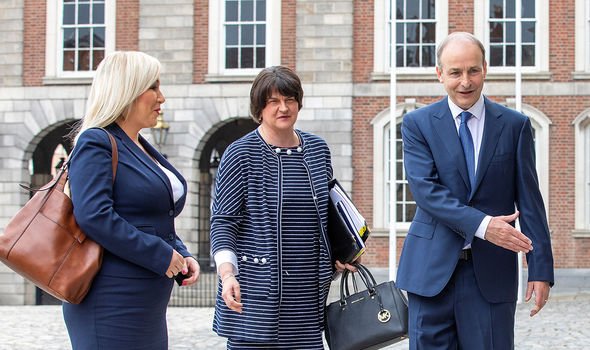 Ms O’Neill could appeal such a decision. Yet, Mr Rozenberg explained: “So what he’s saying to the deputy First Minister is either she does what the court says, or she goes.”

The lawyer said that although he highly doubts the judge would jail her, the court “could declare her office vacant or something of that nature”, but he suggested that a civil servant might be able to take her place.

Mr Rozenberg then added: “It’s a question of how far the Executive is willing to take this.

“If it chooses not to obey an order of the court then the simple thing is simply for the court to say a civil servant should sign the document, for example, and that signature on behalf of the deputy first minister would be sufficient.”

He added that the court “will find a way” of enforcing the legislation.

However, these concerns were put to rest when Ms O’Neill did confirm that she would be nominating a Stormont department to progress the Troubles pension after the High Court’s ruling.

She claimed today that she was still convinced the scheme “will be exclusionary, discriminatory and divisive” but that she had been left “with no alternative”.