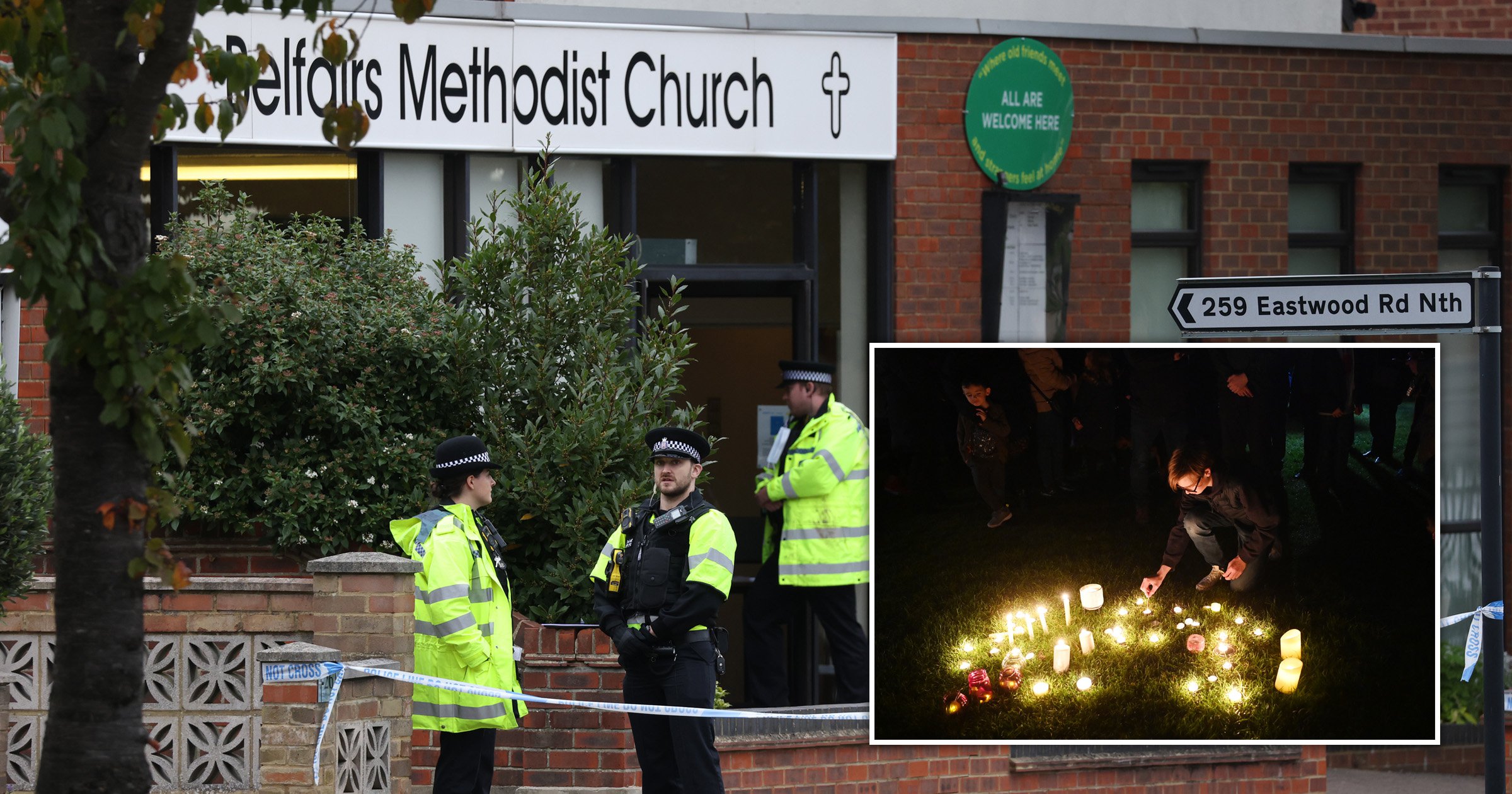 The alleged killer of the MP Sir David Amess was said to have been ‘dead behind the eyes’ after the politician was stabbed ’17 times.’

An emergency worker who was one of the first on the scene of the stabbing, said they saw the suspect in handcuffs ‘staring blankly.’

The man being questioned by counter terror police over the attack was last night named as Ali Harbi Ali, 25, from north London.

He’s alleged to have carried out the frenzied stabbing before ‘calmly waiting’ for police to arrive.

‘What I saw was horrific,’ the emergency worker told The Sun.

‘We knew immediately that David was dead. There was no way anyone was surviving that. It was such a savage attack. People were breaking down in tears because there was nothing anyone could do for him.

‘The (alleged) attacker was already in handcuffs and was sitting on the floor. He was completely dead behind the eyes, staring blankly. And he didn’t say anything.’

Police were today seen searching a house in Kentish Town, North London in connection with the killing.

The address is 50 miles away from Leigh-on-Sea where Sir David was killed while holding a constituency event.

Police have been given more time to question the suspect as he’s suspected of a terror offence. Officers have until October 22 to either charge or release him.

One line of inquiry is that the killer may have been radicalised during lockdown.

The father of the suspected killer was a senior civil servant in the Somali government and has said he has been ‘traumatised’ to learn his son is in custody.

Witnesses said the knifeman arrived without a booking and waited 40 minutes before Sir David agreed to see him.

The MP had just finished a Zoom call with PR man Richard Hillgrove to discuss a ‘children’s parliament’ initiative.

Those on the scene said the suspect’s calmness after the attack was ‘unnerving.’

He could face a whole life sentence if convicted under the Terror Act.

'Informers will be executed': chilling graffiti painted near spot where Lyra was killed