A French bulldog owned by Sir David Amess has won Westminster Dog of the Year.

Sir David, the Conservative MP for Southend West, was stabbed to death while holding a constituency surgery on 15 October.

His three-year-old pet Vivienne won the competition to find the best dog owned by an MP after a public vote attracted thousands of supporters.

Boris Johnson congratulated the pooch and said: “David would have been very proud.” 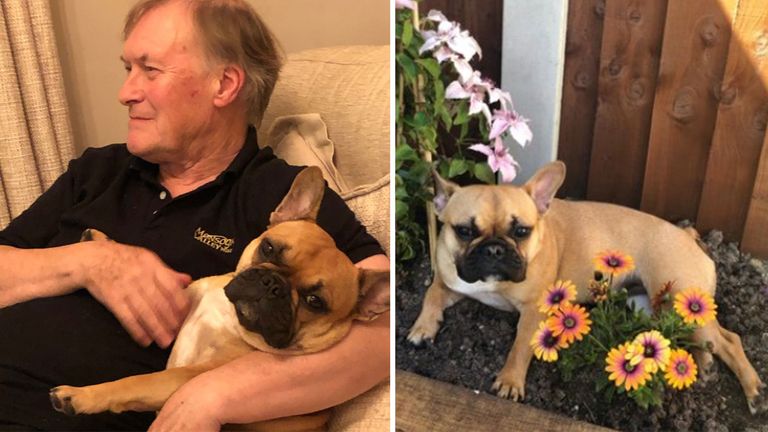 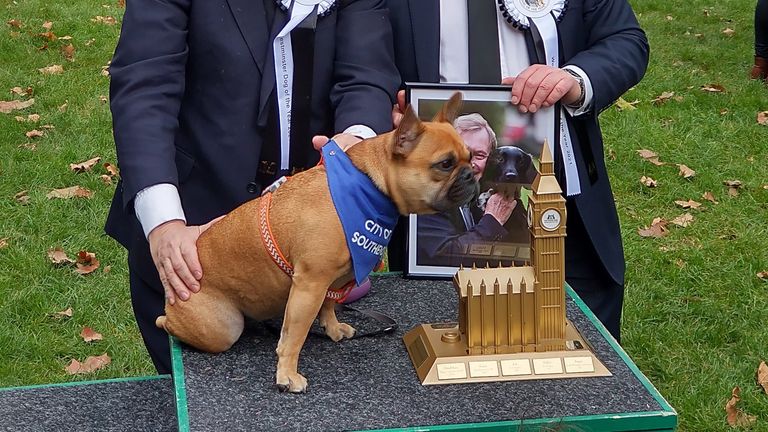 Before the judging took place, they walked her past tributes for Sir David outside the gates of parliament.

She was wearing a new blue bandana that said “City of Southend” after Sir David’s long-running campaign to get Southend designated a city was honoured after his death.

Sir David tweeted pictures of him and the “lovely Vivienne” two weeks before his death as he asked for people to vote for her in the competition.

The MP was a strong advocate for animal rights and a “huge dog lover”, the Dogs Trust said in a tribute to the MP.

Following his death, the charity said: “Thank you, Sir David, for caring and for making a difference to the lives of dogs here in the UK.” 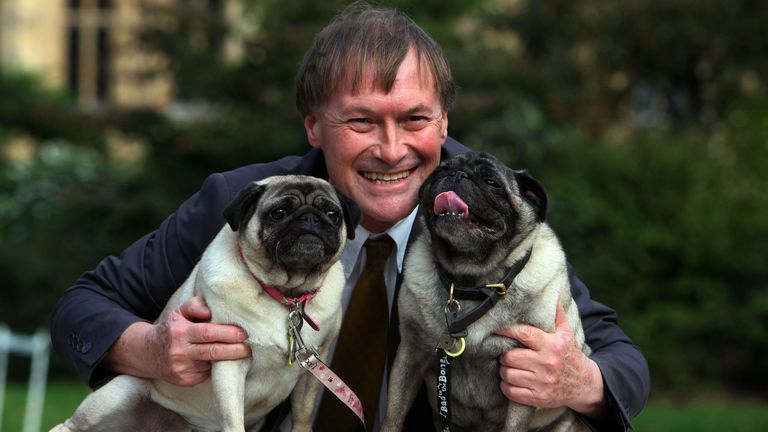 Westminster Dog of the Year is run annually by the Kennel Club and the Dog’s Trust to give MPs the opportunity to highlight the work they do on dog related matters as well as to promote responsible dog ownership.

Its website says: “All members of parliament are able to enter regardless of ‘pawlitical’ persuasion.”

Sir David’s funeral will be held at Westminster Cathedral in November.

Ali Harbi Ali, 25, has been charged with Sir David’s murder and appeared at the Old Bailey last Friday via video-link from Belmarsh prison.

The Crown Prosecution Service (CPS) alleges the murder has a terrorist connection because of its “religious and ideological” motives.

BBC bombshell: Lord Hall’s blunt take on ‘it’s all over for corporation’ fear

Creep messaged woman, 25, after stealing her number from Test and Trace