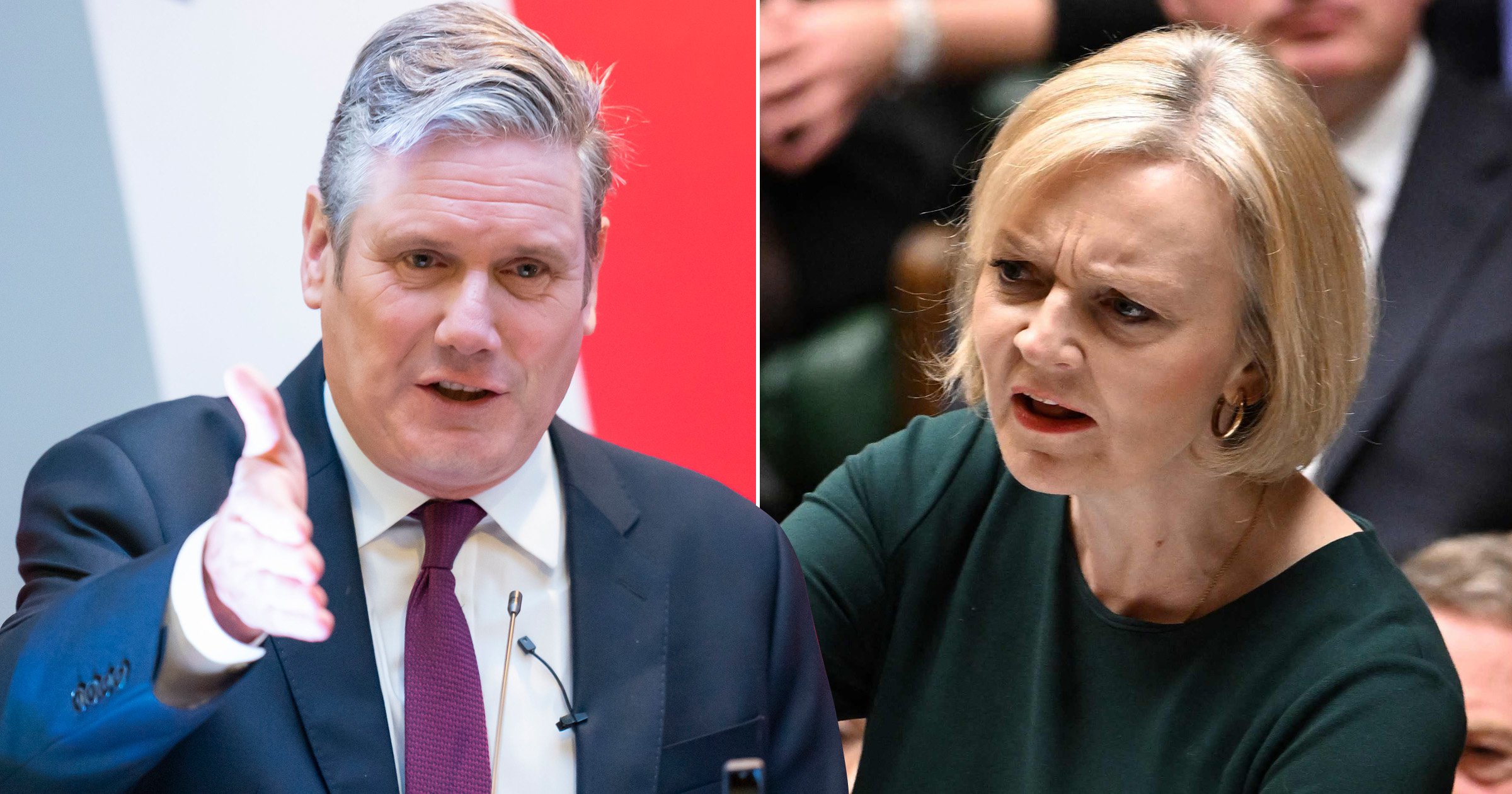 Sir Keir Starmer said the Prime Minister must address parliament on Monday, calling her a ‘threat’ to the UK.

The Labour leader has accused Liz Truss of being ‘in office but not in power’.

He said: ‘Friday’s press conference completely failed to answer any of the questions the public has.

‘Mortgages are rising and the cost-of-living crisis is being felt ever more acutely. The Conservative government is currently the biggest threat to the security and the finances of families across the country.

‘That’s why the Prime Minister must come to Parliament on Monday, to explain what she plans to do to turn the situation around.

‘If the Prime Minister won’t take questions from journalists, Liz Truss must at least take them from MPs representing the families whose livelihoods she’s putting at risk.’

The challenge is coming from all fronts now after Conservative MPs Jamie Wallis, Crispin Blunt and Andrew Bridgen have called upon the Prime Minister to go.

However, Penny Mordaunt, the Leader of the House of Commons and a former Tory leadership contender, has said the UK needs ‘stability not a soap opera.’

She used an article in the Telegraph to Scall on her party colleagues to back the embattled Prime Minister.

She said: ‘We must remember what we have achieved and how we did it. Above all, it was down to a commonsense approach.

‘Pragmatism must always take precedence over policy. The Conservative Party understand this.

‘If it has a fault, it’s that it’s impatient to get on with it.

‘The national mission though is clear, as the Prime Minister said.

That is what we should all focus on now. It needs pragmatism and teamwork. It needs us to work with the Prime Minister and her new Chancellor. It needs all of us.’

Ms Truss and the Chancellor met for ‘crisis talks’ at Chequers this afternoon before Mr Hunt was seen dashing off.

But he has insisted the Prime Minister has learnt from her mistakes and the public as well as MPs can trust her.

He told BBC One’s Sunday with Laura Kuenssberg: ‘She’s listened. She’s changed. She’s been willing to do that most difficult thing in politics, which is to change tack.

He added: ‘We’re going to have to take some very difficult decisions both on spending and on tax.