Sir Mo Farah has set a new Great North Run record by winning the men’s elite race for the sixth year in a row.

Records also fell in the women’s elite race, with Brigid Kosgei of Kenya setting a new course record and breaking the world half-marathon record by finishing in a time of 1:04:28.

Kenyan women filled each of the top four places, with Kosgei three minutes ahead of second-placed Magdalyne Masai, while Britain’s Charlotte Purdue was the best of the rest – finishing fifth in 1:08:10. 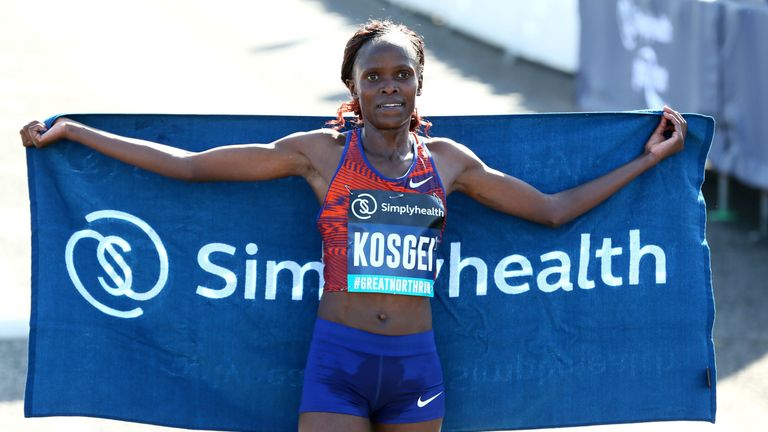 But it was Sir Mo who generated the most excitement among the home crowd, managing to see off a decent challenge from second-placed Tamirat Tola of Ethiopia in the final mile.

He was seven seconds faster than Tola, who crossed the line 42 seconds ahead of Holland’s Abdi Nageeye.

Another Briton, Callum Hawkins, claimed fourth with a time of one hour and 39 seconds – a performance that will stand him in decent stead for the World Championships in Doha later this month.

Purdue will also compete at the athletics tournament, which kicks off on 27 September, but Sir Mo will miss out. 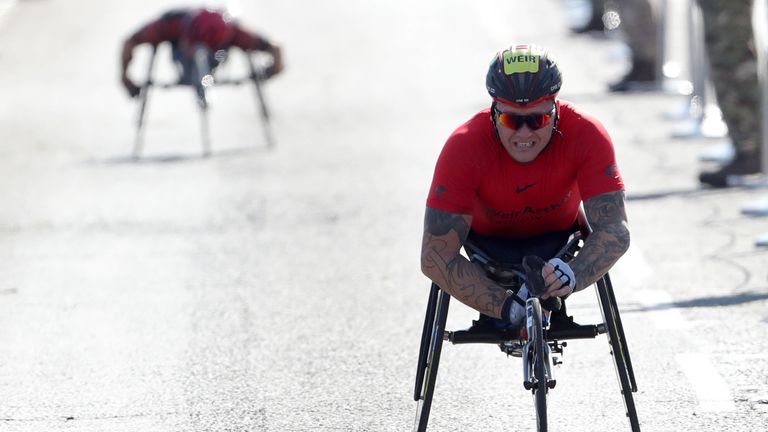 Ahead of the Great North Run, Sir Mo said he would rather focus on preparing for the Chicago Marathon in October.

He said: “It’s too close to Chicago and if I want to get ready for the 2020 Olympics, I have to do more marathons.

“It is better to do one where I can feel strong and make sure I’m up there among the best in the world.”

There was also success for Britons in the wheelchair races on Sunday – David Weir (43:31) and Simon Lawson (45:58) came first and third respectively in the men’s, with Canadian Brent Lakatos in second.