Sir Philip Green has been charged with four counts of misdemeanour assault in the United States.

She told police in Arizona it happened during classes at the Canyon Ranch luxury resort in Tucson in 2016 and 2018.

Sir Philip is accused of knowingly touching another person with the intent to injure, insult, or provoke.

“These are class three misdemeanours. Each count has a potential sentence of up to 30 days in the Pima County jail, a fine of not more than $500, and up to one year of probation.”

Ms Deakin said an arraignment date had been set for 19 June.

Sir Philip has previously denied the allegations, which were investigated by the Pima County Sheriff’s Department. 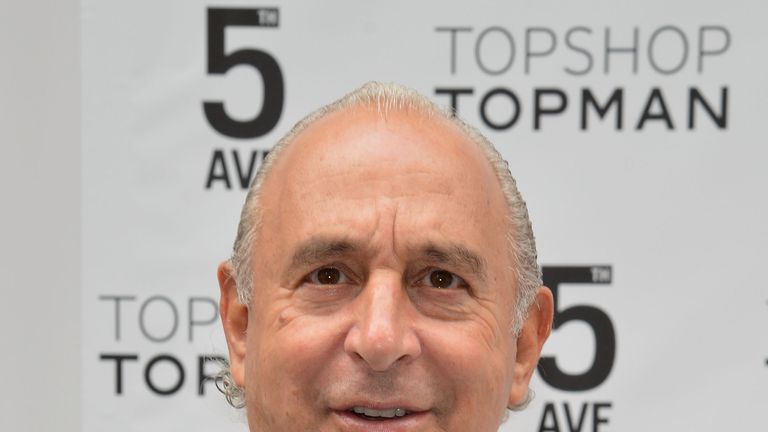 Last week, a Labour peer claimed hundreds of grievance cases were raised against Sir Philip for slapping women’s bottoms and grabbing their breasts.

The allegations were revealed by Lord Hain at Westminster – who last year used parliamentary privilege to name Sir Philip as the subject of claims of sexual harassment.

He told the House of Lords there had been hundreds of complaints from staff.

The Topshop tycoon has previously “categorically and wholly” denied the claims.

Arcadia Group said the latest accusations against its owner were “unfounded”.

It emerged earlier on Friday that pensions watchdogs are demanding Sir Philip hands another £50m to the retirement scheme of his Arcadia retail empire to avert its collapse next week.

Sky News has learnt The Pensions Regulator (TPR) has told Sir Philip and his advisers that it wants him to contribute the £50m on top of an existing proposal from his family to inject £100m into the Arcadia pension fund.

Nicola Sturgeon on brink of SNP rebellion over pact with Greens: ‘Dangerous!’