Admiral Sir Tony Radakin will become the UK’s next military chief – the first time a head of the Royal Navy has been appointed to the top job in two decades.

The First Sea Lord – who had been the front-runner for the coveted post – will replace General Sir Nick Carter as Chief of the Defence Staff at the end of November.

Boris Johnson described him as an “outstanding” naval officer.

“Admiral Tony will lead the Armed Forces at a time of incredible change while upholding the values and standards that they are respected for around the world,” the prime minister said. 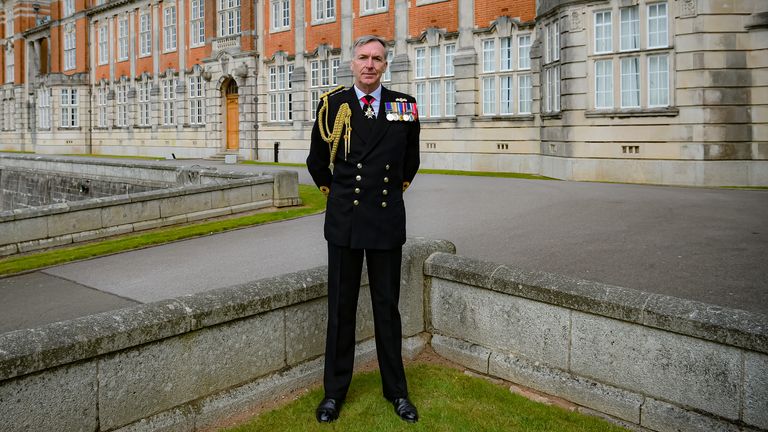 “I know he will bring drive and dedication to the job and I look forward to working with him.”

The First Sea Lord said he was “humbled” and “honoured” to have been selected after battling it out for the promotion with two generals, an air chief marshal and a vice-admiral in what is known in defence circles as the “Game of Thrones”.

Admiral Radakin said: “It will be an immense privilege to lead our outstanding people who defend and protect the United Kingdom.

“The government has given us clarity and additional resource to counter the threats we face as a nation. It is now time to get on and deliver.”

His appointment comes at a time of multiple challenges to UK security, with a rising China, the possibility of more covert attacks from Russia and a likely increased terrorist threat following the US-led withdrawal from Afghanistan.

Ben Wallace, the defence secretary, said: “There is much to be done, at home and abroad, the threats against the UK and our allies are growing… I now look forward to working with Admiral Tony as we fulfil the ambitions we both share for the nation’s Armed Forces.”

The defence secretary, prime minister and naval chief all paid tribute to General Carter who will retire from the armed forces after more than four decades of service.

“We owe General Sir Nick Carter our deepest thanks for his decades of steadfast duty spent keeping the UK, its citizens and our allies safe,” Mr Johnson said.

“During his time as CDS, I have valued his wisdom and support through moments of national crisis, including the COVID pandemic.

“I wish him every success in his next endeavour.” 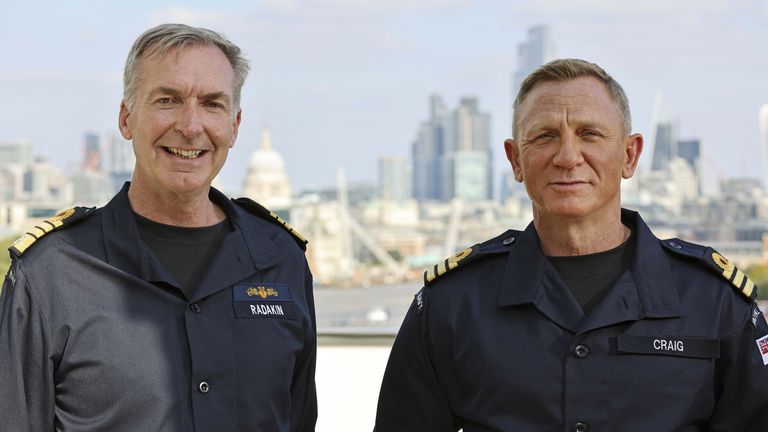 All the candidates for the outgoing defence chief’s job had a first round of interviews with the defence secretary last month.

The prime minister then interviewed them, before making his choice and submitting it on Wednesday to the Queen, who ultimately made the appointment.

The last time an admiral led the armed forces was between 2001 and 2003 under then Admiral Sir Michael Boyce. He is now known as Admiral of the Fleet the Lord Boyce.