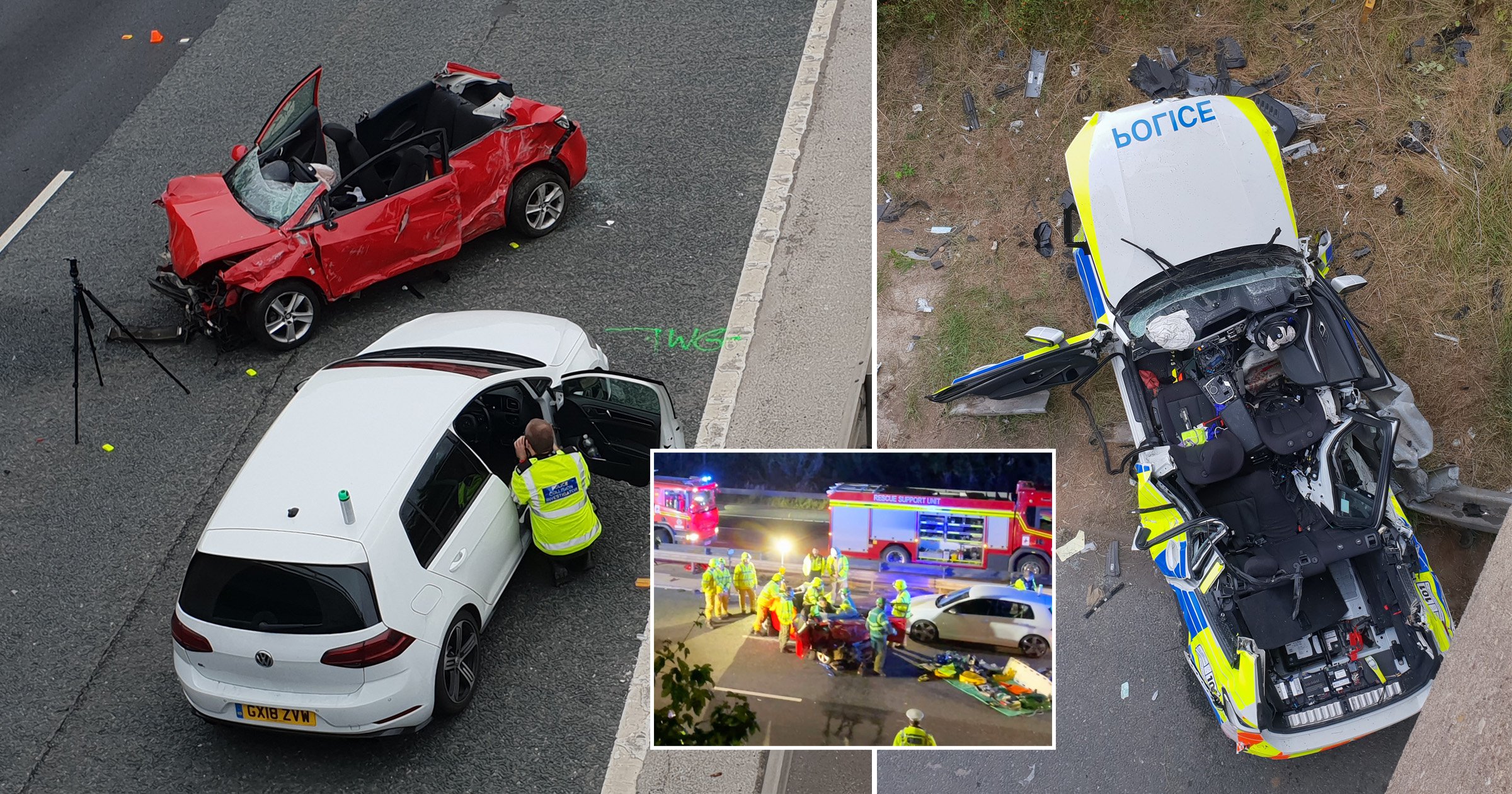 Six people have been arrested over a high-speed chase which resulted in a huge crash on the M62 and serious injuries for an officer in pursuit.

The officer miraculously survived the late-night collision in East Yorkshire on Friday, while his car was so badly mangled its roof had to be cut off to free its occupants.

He and several colleagues were in two police cars trying to stop a Seat Ibiza heading towards Humberside on the motorway shortly before 11.30pm.

During the chase, one of the police cars hurtled off the carriageway and smashed into a bridge stanchion.

The officer, who had to be freed by firefighters, suffered serious leg injuries as a result although his condition is not life-threatening.

Four people from the Seat were arrested on suspicion of drug-related offences and have been released on bail.

Another two people have since been arrested on suspicion of making a false report of a stolen car and have also been bailed.

The motorway was closed in both directions for over twelve hours, and was only reopened in the eastbound direction late on Saturday afternoon.

Police said the Independent Office for Police Conduct has been notified.

In Poland, an L.G.B.T.Q. Migration As Homophobia Deepens