Prisoners revolt over new measures to contain the coronavirus outbreak in Italy, where jails are often overcrowded. 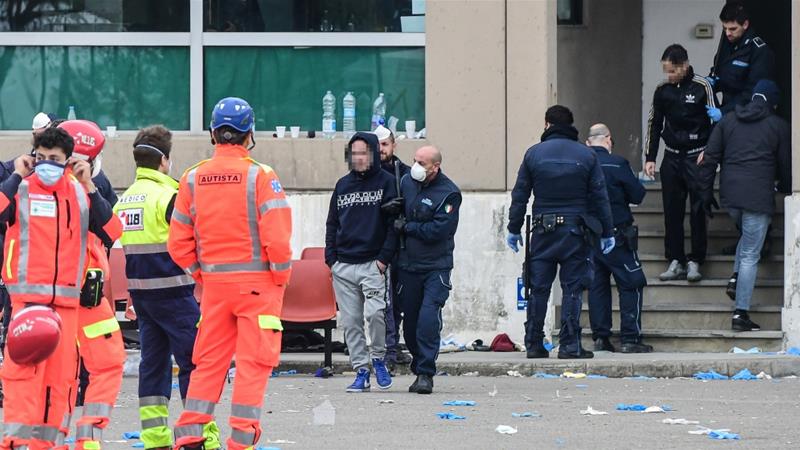 Measures imposed in Italy’s jails to contain the country’s coronavirus outbreak, the worst outside China, have ignited tensions among inmates across the country.

By Monday, protests had been reported at 27 different sites across the country, and six people had been pronounced dead after clashes on Sunday at the Saint Anna penitentiary in Modena, in one of the so-called “red zones” under quarantine in Italy.

While authorities await autopsy results to comment on the cause of deaths, prison administration sources reported overdoses following a break into the prison infirmary. Two victims died after they were transferred to Alessandria and Verona on Monday.

Also early on Monday, a prison break was attempted in Foggia, in the southern region of Apulia, where dozens of people managed to escape. 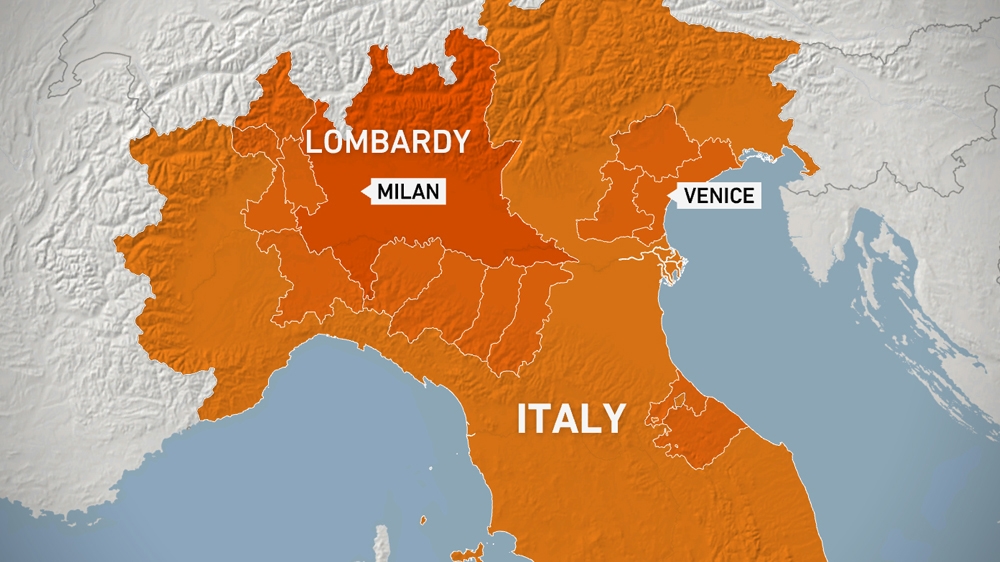 Protests and riots broke out in several prisons over the weekend, beginning on Saturday in Salerno near Naples, where about 200 detainees vandalised the first floor of the building before barricading themselves on the roof, according to local media reports.

Demonstrations then spread to the nearby Poggioreale prison, as well as Pavia, Frosinone, Vercelli, Alessandria, Foggia and Modena, among others.

If coronavirus were to hit Italy’s often overcrowded prisons, it would pose major health and logistical challenges.

Prison administrations across the country have implemented restrictions, including a ban on family visits and leave permits.

The number of infections in Italy shot up by 25 percent on Sunday to more than 7,000, with deaths soaring by 133 in a day to 366, according to the civil protection agency.

The majority of cases are in Lombardy and other northern and central regions, where 16 million people have been placed under quarantine.

On March 7, Prime Minister Giuseppe Conte signed off on a series of recommendations to prisons.

These include limiting release of temporary license and probation to avoid detainees’ movement, while also endorsing house arrest where possible. Face-to-face visits in all but exceptional cases were recommended to be banned and held instead by phone or Skype.

“A series of restrictions were gradually introduced in prisons, especially in the red zones but also across Italy, alongside preventive measures,” Alessio Scandurra, a managing board member at prisoners’ rights association Antigone, told Al Jazeera.

The protests coincided with other new rules such as the closure of all schools across Italy, the country most affected by coronavirus after China. Iran has also faced a severe outbreak in terms of infections and deaths, and the Islamic Republic on Monday announced the release of 70,000 prisoners.

“Yesterday’s protests [in Italy] were due on the one hand to the fear of contagion, and on the other hand, to the restrictions imposed. Some detainees are asking for an amnesty as the only way they can avoid contagion and avoid isolation,” Scandurra explained.

The organisation argues that as restrictions are imposed, other rules should be loosened, such as allowing prisoners to make video calls more regularly.

Some protests have seen prisoners attempt vandalism, while others were more violent.

In Pavia, prisoners took two officers hostage, according to reports. In Modena, inmates barricaded themselves inside the facility and reportedly set fire to mattresses. Videos of the incident show anti-riot police armed with batons attempting to enter the building, as smoke billows out.

In some cases, relatives of the inmates staged protests outside the prisons. 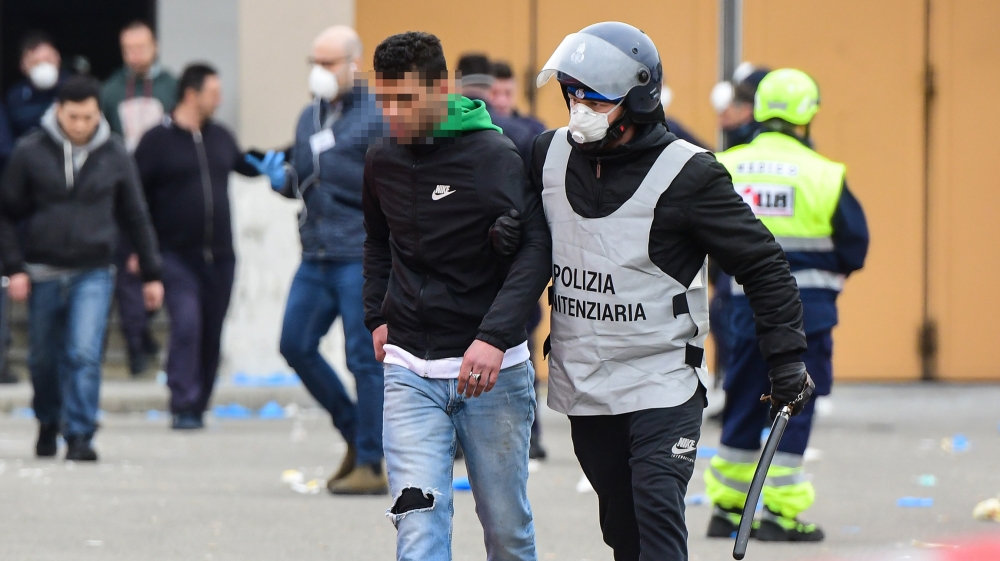 In a letter to Antigone seen by Al Jazeera, a concerned wife wrote: “Should the virus make its way to those cold walls, it would be the end. My husband has health problems, the prison is small and there are twice as many people staying there as it’s made for. One falling ill would be enough to infect the rest of the inmates.”

Another prisoner’s wife wrote: “I hope that [the authorities] will soon take more effective decisions like sending them home. My husband only has seven months left … a lot of other people like myself are feeling anxious and worried.”

‘Problem is overcrowding, not coronavirus’

According to Antigone’s yearly report, at 120 percent their capacity, Italian prisons are the most overcrowded in Europe. Forty-two prisons across the country have an overcrowding rate of over 150 percent.

Al Jazeera contacted the Modena prison and the Ministry of Justice for comment, but had not received a response by the time of publication.

“I am well aware that an emergency such as the coronavirus can create tensions within prisons, but our aim with these measures must be made clear: it is our duty to protect the health and those who work and live in our penitentiaries,” Alfonso Bonafede, justice minister, told reporters.

Gennarino de Fazio, the national secretary of UILPA, a prison police officers’ union, called for a national meeting led by the prime minister.

“We are in an emergency situation in different parts of Italy,” De Fazio told Al Jazeera. “These are critical situations that have caused existing problems to come to the surface. It is only the tip of the iceberg.”

“The problem is not the coronavirus. Overcrowding, organisational issues and decay are the problem. We worry about the spread of the coronavirus, but there are other illnesses already present due to a malfunctioning health system and unsanitary conditions.”