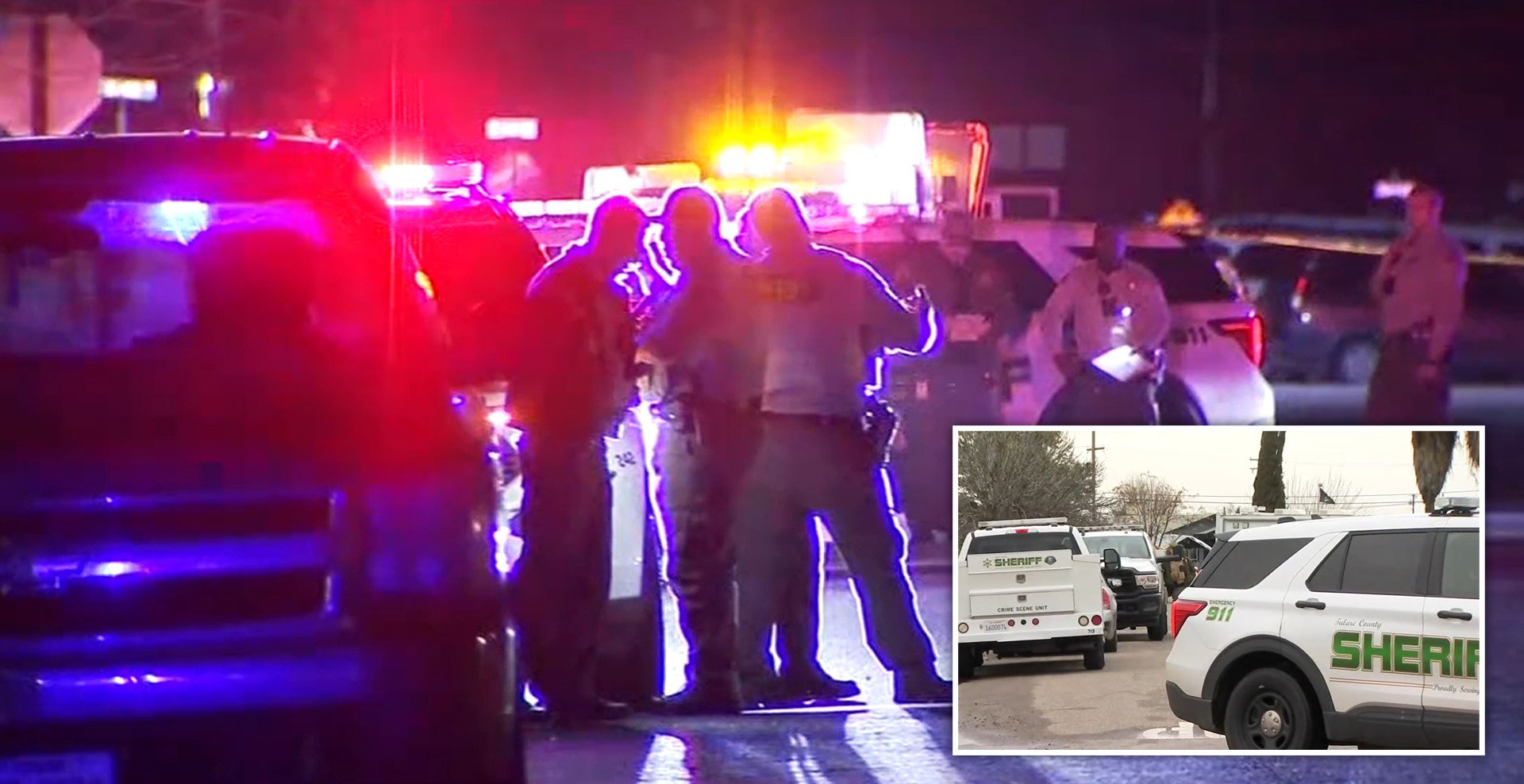 At least six people, including a six-month-old baby, were killed in what authorities called a ‘horrific massacre’ in central California.

Law enforcement believes at least two suspects are still on the loose after opening fire at a residence in the small town of Goshen, located about 35 miles southeast of Fresno.

Deputies from the Tulare County Sheriff’s Department were called to the home after reports of shots fired around 3.30am on Monday morning.

‘Actually, the report was they believed an active shooter was in the area because of the number of rounds that were being fired,’ Tulare County Sheriff Mike Boudreaux said.

When deputies arrived seven minutes later, they found what Sheriff Boudreaux would later call ‘a horrific massacre.’ Two people were lying dead in the street. A third person was found dead in the doorway of the home.

Among the dead were a 17-year-old mother and her six-month-old child. Both mother and child were executed by a gunshot wound to their heads.

According to Boudreaux, there were also an undisclosed number of survivors, including an entire family.

Detectives have currently identified two suspects, both of whom are still at large.

At the moment, Boudreaux said investigators believe the killings are possibly gang or narcotics-related.

A week before the shootout, deputies conducted a narcotics-related search warrant at the home.

Boudreaux said his department has ‘pulled out all resources to begin the investigation,’ including a mobile crime lab and calling in homicide, gang, and narcotics detectives.

Freedom Day will set up ‘bigger problem’ unless ALL adults jabbed, says expert