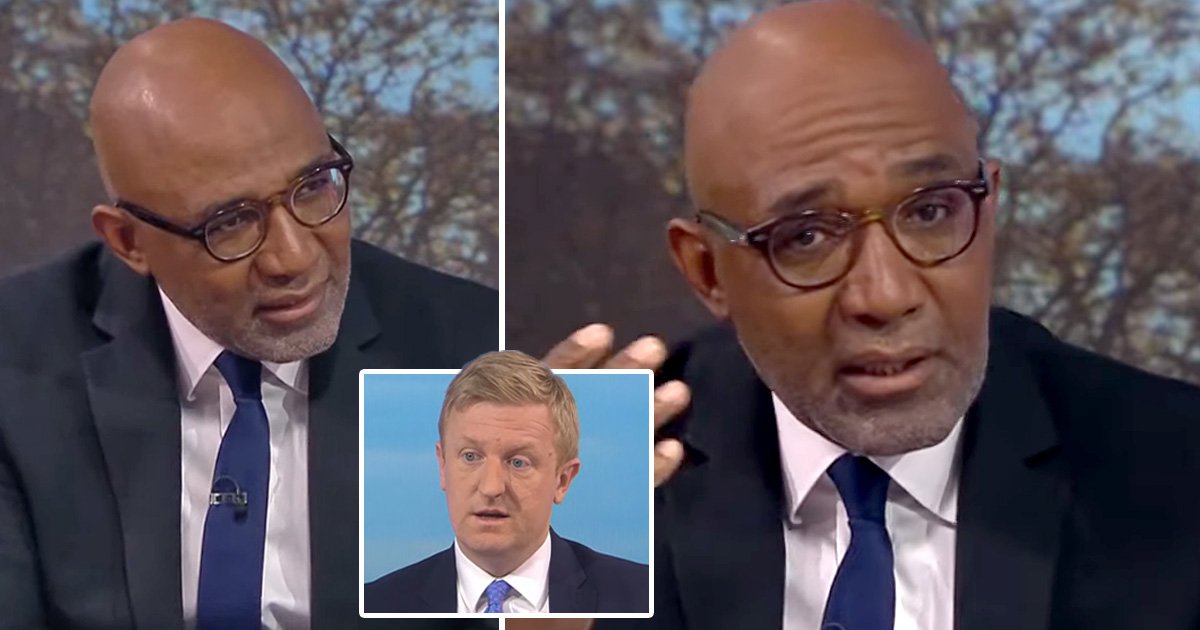 Sky News presenter Trevor Phillips became visibly emotional as he told a cabinet minister how his daughter had died last year after sticking ‘to the spirit and the letter’ of the coronavirus restrictions.

He said there were ‘thousands’ of people in the country who had similar stories, and asked how a civil servant’s inquiry into alleged rule breaking in Downing Street could ‘answer that anger’.

Speaking on his Sunday show, vMr Phillips said: ‘We all stuck to the spirit and the letter of the rules. On the Saturday after watching the funeral of Prince Philip, I went to one of my friends’ 70th birthday party.

‘He hired a tent, he has got loads of friends, but he hired a tent just for the six of us so that we could sit outside. He stuck to the spirit and the letter of the rules. At that dinner, I get a call, my daughter has collapsed. As you will know, for months she had been isolated, she was ill.

‘By the following morning, she had died and she had stuck to the spirit and letter of the rules. Now, there are going to be thousands of people who have that story in their background. And if I may say so, you are in here telling me about a civil servant’s inquiry. That will not answer that anger.

‘Does the Prime Minister really understand why people are angry?’

Her younger sister Holiday said at the time that she was ‘a force and the most beautiful soul I ever knew. A best friend and an inspiration’.

Mr Dowden responded during today’s interview: ‘I know how much you have suffered during this period’.

He added: ‘What I’m trying to offer to you and to your viewers who may be watching this programme is to explain to you how the Government is seeking to move forward through this.

‘First of all, to establish all of the facts of what happened. And then the Prime Minister will be held to account in Parliament for what happened.’

Mr Oliver Dowden said he was ‘disgusted’ at the fact there were parties taking place in Number 10 before the Duke of Edinburgh’s funeral.

He said: ‘We all shared and respected the tremendous dignity and selflessness that the Queen showed on this occasion as she has done throughout her reign.

‘I was disgusted at the fact that there were parties taking place before this profound event of national mourning in our nation’s history.

He added: ‘In order to move on from this, we first of all need to establish the full facts of what happened at all the different alleged events that took place and that’s the purpose of the Sue Gray inquiry.

‘The next step is then the Prime Minister to come to the House of Commons to give a full response, to be held to account for that.

‘I can tell you that the Prime Minister is genuinely committed, both in demonstrating his remorse and apology for what happened, but also in taking steps to ensure that we address the kind of culture in Downing Street that enabled something like that to happen, which clearly should never have happened in the first place.’