He predicted the role of shops would change. Next is handling more returns from customers who ordered online. It is also trialling using store staff to give advice online for those buying furniture. The Tory peer said: “The battle to keep our stores relevant in an online world is far from over.”

Nevertheless, Next still expects shop sales to tumble 20 percent in the year ahead.

He added: “At this level our store network would remain marginally profitable.”

Last year saw the leases on 80 Next stores end. It closed 18, but another 62 remained open after it renegotiated with landlords to cut the rents by an average of 58 percent.

Lord Wolfson said ensuring the trend continued would be key to many shops’ survival. 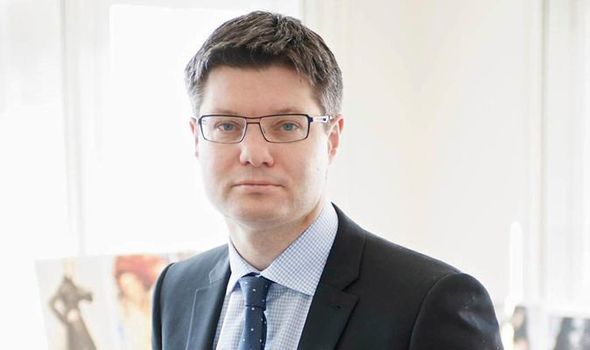 He said: “I don’t see any reason why someone would shut a profitable shop.

“Rent and rates need to keep pace with the sales decline. If landlords stay pragmatic about rents it will allow shops to remain open.”

But he warned the future of the high street ultimately lay with shoppers. He said: “If consumers don’t want to shop in shops they won’t.”

His comments came as Next revealed annual profits halved to £342million.

However, it expects them to bounce back to £700million in the year ahead, boosted by bumper online sales, which account for half its trade.

Meanwhile, Next has stopped printing its catalogue because of falling demand.

The store has also joined European clothing retailers in suspending new production orders with factories in Myanmar in the wake of February’s military coup.

The country is known for its yarn, fabrics and textiles.

Meghan Markle royal tradition: The sweet gesture Meghan made before meeting the Queen