BRATISLAVA, Slovakia — A few months before his murder, Jan Kuciak received a disturbing phone call from one of Slovakia’s most prominent businessmen. Mr. Kuciak had written more than a dozen articles about the businessman, Marian Kocner, outlining a pattern of corrupt dealings made possible by his connections with the police and prosecutors. Mr. Kocner, long thought to have ties to organized crime, was furious.

“You can be sure that I will start paying special attention to you personally, Mr. Kuciak,” Mr. Kocner told the 27-year-old investigative reporter in September 2017.

Mr. Kuciak reported the threat to the police but, after more than a month, he wrote on Facebook that officers had yet to pick up the case. When they did, they dismissed it without even interviewing Mr. Kocner, according to the authorities.

In February 2018, Mr. Kuciak, 27, was shot dead in his home. His 27-year-old fiancée, Martina Kusnirova, was also killed there.

The crime tore at the heart of a nation, drew tens of thousands of people to the streets in anger and disgust, and eventually forced the resignation of the prime minister, Robert Fico, and of other top government officials. 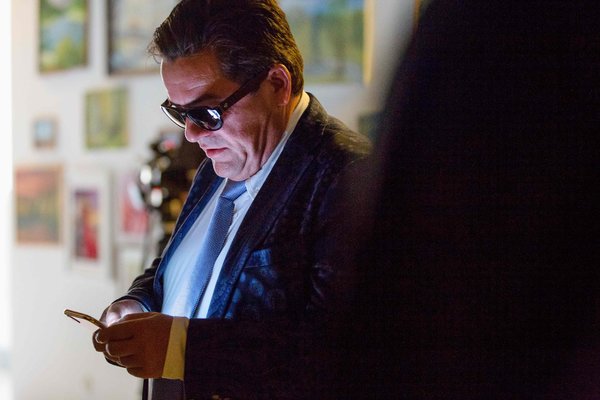 Slovak authorities announced on Thursday that they had charged Mr. Kocner with ordering the murder of Mr. Kuciak and hiring a hit man to kill him.

In charging Mr. Kocner, who is currently in jail awaiting trial on unrelated fraud charges, the authorities in Slovakia hope to regain a measure of the public trust that has been shattered by the killings and by the rampant corruption that Mr. Kuciak and other reporters were working to expose.

The announcement of the charges came just two days before a presidential election, with the governing party’s candidate trailing badly in the polls. It was unclear what impact the charges would have on Saturday’s vote.

Since the murders, Mr. Fico’s party, SMER-SD, has seen its support plummet. Many who are angry at the government contend that if the authorities had acted sooner to take action against Mr. Kocner — whose alleged financial crimes were exposed by Mr. Kuciak and other reporters before his death — things might not have taken such a tragic turn.

During a news conference on Thursday, a special prosecutor taking part in the investigation said that the authorities had compiled a 15,000-page report that showed how Mr. Kocner had orchestrated the killing and how it had been motivated by Mr. Kuciak’s work.

Late last year, officers staged a series of raids and charged four people in connection with the killings, including a former police officer named Tomas Szabo, who was accused of being the paid assassin; a former serviceman, Miroslav Marcek; and Alena Zsuzsova, a translator with ties to Mr. Kocner who is said to have worked as the fixer for the killings.

The fourth person arrested, Zoltan Andrusko, said it was Mr. Kocner who had paid more than $80,000 to have Mr. Kuciak killed, according to the authorities.

There are few figures as well known in Bratislava, the Slovak capital, as the 55-year-old Mr. Kocner. He has found himself at the center of scandals dating back more than a decade.

In 2005 and 2011, the police leaked lists of names to the news media of people they suspected of being tied to organized crime. Mr. Kocner’s name was on both lists.

Mr. Kocner has denied any illicit connections, but he seemed to bask in the notoriety and flaunted his lavish lifestyle. Whether he was driving his Bentley or his red Ferrari, he made it a point of demonstrating that the rules did not apply to him by parking in spots designated for the handicapped.

When the tabloid newspaper Novy Cas asked Mr. Kocner about this habit, he dismissed the question, saying he always paid the fine.

Mr. Kocner was something of a fixture in the tabloids, often shown on exotic vacations where he said he occasionally “bumped into” top politicians.

It was a far different world than the one Mr. Kocner was born into in the town of Ruzomberok in northern Slovakia. He grew up in a working-class family, and he went on to study journalism at Comenius University in Bratislava.

He worked for several years as a reporter for the broadcaster Slovak Television, but as the country transitioned to capitalism after the collapse of the Berlin Wall, he was drawn to the business world.

Mr. Kocner stood out even by the brash standards of the 1990s, when scores of sometimes unscrupulous characters sought to take control of former state enterprises.

Slovak news outlets had been recently looking into a number of financial transactions involving Mr. Kocner, including three million euros, or about $3.4 million, reportedly deposited in one of his accounts from Belize via Malta. Mr. Kocner said the money was profit from “selling bonds,” though he offered no information about whom he was selling them to or any other details of the transaction.

He was also wrapped up in a scandal known as the Basternak affair, much of which was exposed by a whistle-blower.

The alleged scheme involved a series of suspicious property sales for which Ladislav Basternak, a wealthy yet little-known developer, fraudulently received millions of euros in tax returns. Mr. Basternak later sold one of his companies to the Slovak interior minister at the time, Robert Kalinak. Some of the dealings included firms linked to Mr. Kocner, who still owns properties connected to Mr. Basternak.

For his part, Mr. Kocner often organized news conferences to which he invited investigative journalists — by turns courting them and trying to intimidate them.

He bragged about being on first-name terms with top government officials, although most of those he named would invariably deny having any sort of relationship with Mr. Kocner.

Daniel Lipsic, a former deputy prime minister and interior minister, said recently that Mr. Kocner “thought he was invincible” because of his contacts in the police and the prosecution service.

He would never explain how he had obtained the material, but he was very effective in getting it into the public sphere.

Journalists or politicians who crossed him were frequently targeted, and Mr. Kocner even promoted a website that published their personal information and unverified transcripts of their communications.

In the fall of 2017, Mr. Kuciak had been digging into Mr. Kocner’s financial transactions and contacts in the police and prosecution service. He was making progress untangling business dealings that showed how Mr. Kocner had been able to fraudulently earn millions of euros in tax returns from the state through a complicated series of financial transactions.

In September, Mr. Kuciak asked Mr. Kocner about his apartment in the Basternak building, which prompted Mr. Kocner to lash out with the threatening phone call, according to a transcript released by Mr. Kuciak’s editors at Aktuality.sk and confirmed as authentic by the police.

“I’ll be looking especially into you, your mother, your father and your siblings,“ Mr. Kocner told the reporter.

Queen health: The role Queen could be asked to play in COVID-19 vaccine