The war in Ukraine and reduced supply of Russian gas has sent energy prices soaring, but demand keeps surging, especially for electricity, for the likes of electric vehicles and smart cities, in the pursuit of decarbonisation goals. On July 20, amid the scorching heatwave that brought record-breaking temperatures exceeding 40C degrees, England’s capital barely skipped a blackout.

The high demand and a “bottleneck in the grid” forced London to import electricity from Belgium at the highest price ever, raising concerns about the problematic infrastructure and the allocation of resources.

A CNI expert suggests that the National Grid could soon be unable to bear this extensive load, and smart meters are seen as a solution to help manage peaks and troughs in demand.

Michael Grimshaw, Head of CNI at Vysiion claimed that this is another reason individuals should consider having smart meters installed, on top of the cost of living. 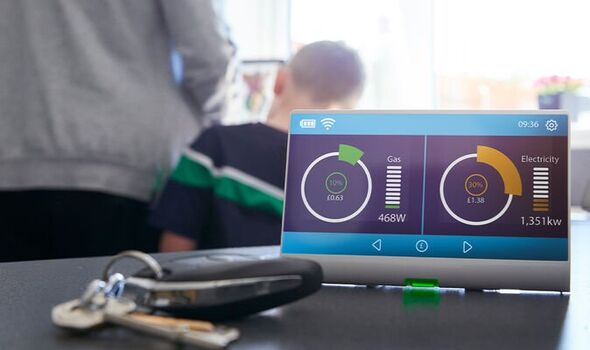 “Cost visibility is vital in the current cost-of-living crisis, but the data and insights smart meters collect have a much bigger role to play than many realise.

“The information they collect on our energy usage is sent back to utility companies to help build a clearer picture of power usage across the UK and manage peaks and troughs in demand.”

Consumers facing the devastating effects of the energy crisis feel increased distrust towards providers, with some even trying to game the system by recording false meter readings in an attempt to lower costs.

And smart meters are seen by suspicious customers as an attempt by energy companies to overcharge.

However, Mr Grimshaw suggests that consumers and providers should “work together” and build communication through data visibility.

He admitted: “It’s an extremely challenging time for the UK right now.

“Not only are we in an energy crisis but we’ve also experienced some record high temperatures, leading to spike in use of air conditioning, putting huge pressure on our power resources. It looks likely to be a challenging few months ahead, too.”

“It’s in both their interests to use the information carefully so we don’t run into power shortages in the near future.”