The rollout of smart motorways should be suspended amid safety concerns, MPs and campaigners have said.

Government plans to remove the hard shoulder from all future smart motorways and use the lane for live traffic are “premature”, a report from Commons Transport Select Committee (TSC) has said.

Demonstrators carried 38 cardboard coffins to the Houses of Parliament today in protest over the Government’s motorway plan, which was first announced in March last year.

Each coffin represented one of the people officially listed as being killed on smart motorways between 2014 and 2019. 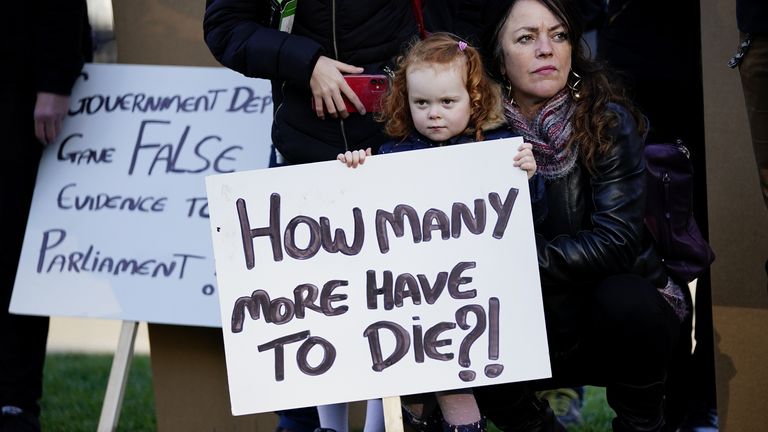 A smart motorway is a section of a motorway that uses traffic management methods to increase capacity.

One type is known as an “all-lane running” scheme, and permanently removes the hard shoulder and converts it into a lane for traffic. On this type of motorway, lane one (formerly the hard shoulder) should close if there is an accident – with a red X appearing above the lane.

However, there have been mounting concerns after several fatal accidents saw stationary vehicles being hit from behind.

Claire Mercer, whose husband, Jason, died on a smart motorway stretch of the M1 in June 2019, welcomed the recommendation the rollout be paused, adding: “That will give us more time to get into the High Court and get these banned anyway”.

Mr Mercer, 44, and Alexandru Murgeanu, 22, died near Sheffield when a lorry crashed into their vehicles which had stopped on the motorway after a “minor shunt”.

“There’s a really strong feeling against these. We need to embarrass the Government into actually doing something.

“We don’t need a raft of changes. We just need the hard shoulder back in every single instance.” 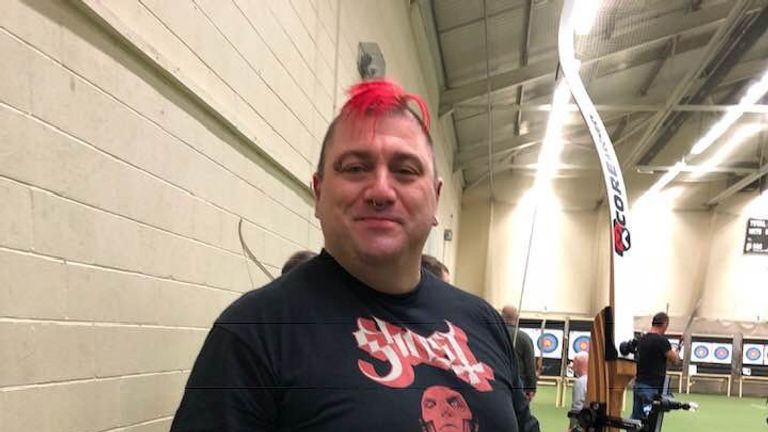 However, the TSC was “not convinced” that such a policy would boost safety.

The committee concluded: “The evidence suggests that doing so could put more drivers and passengers at risk of death and serious injury.

“The Government is right to focus on upgrading the safety of all-lane running motorways.”

The TSC urged ministers to “consider alternative options for enhancing capacity” on motorways. 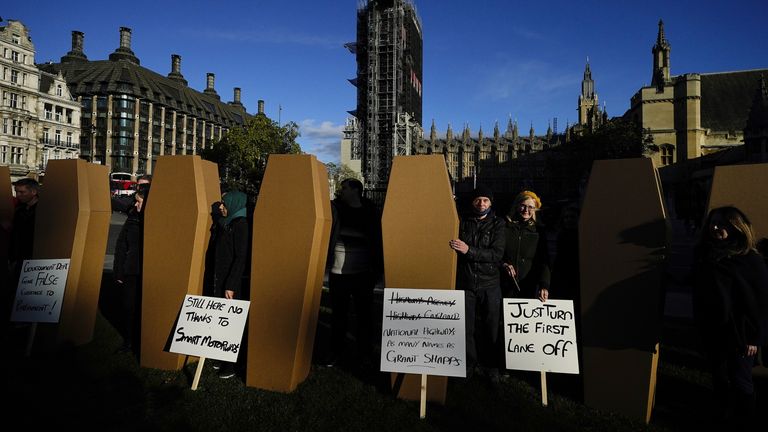 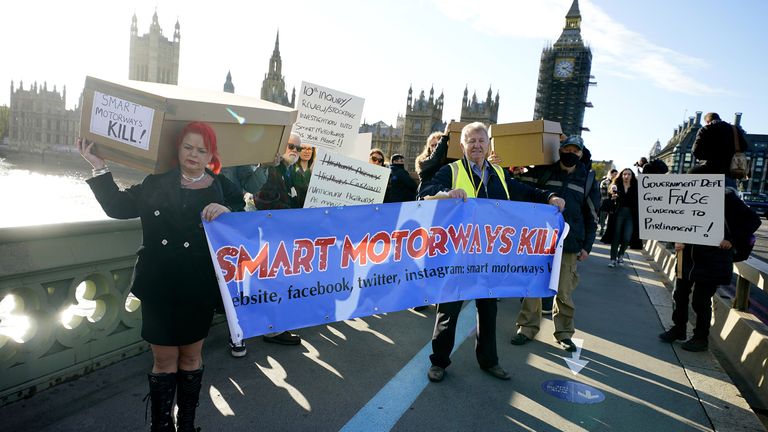 It is calling on the government to install controlled smart motorways, instead of all-lane running motorways.

Controlled smart motorways have a permanent hard shoulder and use technology to regulate traffic and have the “lowest casualty rates” of all roads across motorways and major A roads in England.

Mrs Mercer, from Rotherham, said the number of coffins corresponded to the official number of people killed on smart motorways between 2014 and 2019. 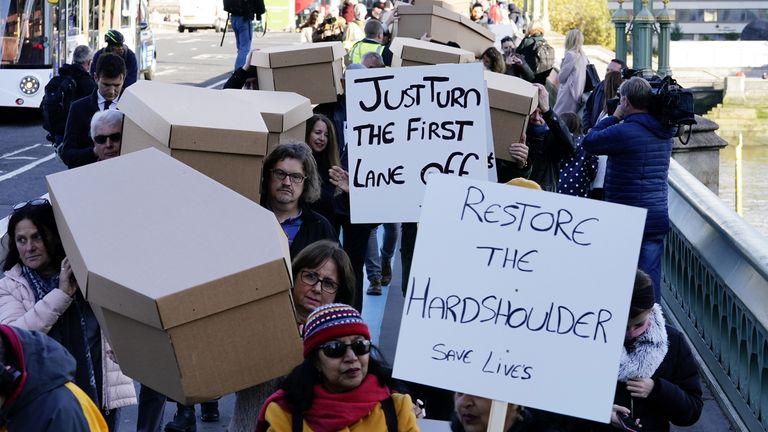 Mrs Mercer said her campaign is educating the public about the risks of smart motorways.

“My husband might still be alive if he’d known what a smart motorway was,” she added.

Jack Szwarc, who was wearing a leg brace, said he almost died on a smart motorway in April.

The 33-year-old from Wolverhampton said he came off his motorbike at 60mph on the M6, having nowhere safe to escape when the engine died.

“Smart motorways almost cost me an arm and a leg,” he said, describing how his bike slammed against the barrier, causing him to lose “a big chunk” of his leg, shattering his kneecap and dislocating his shoulder. 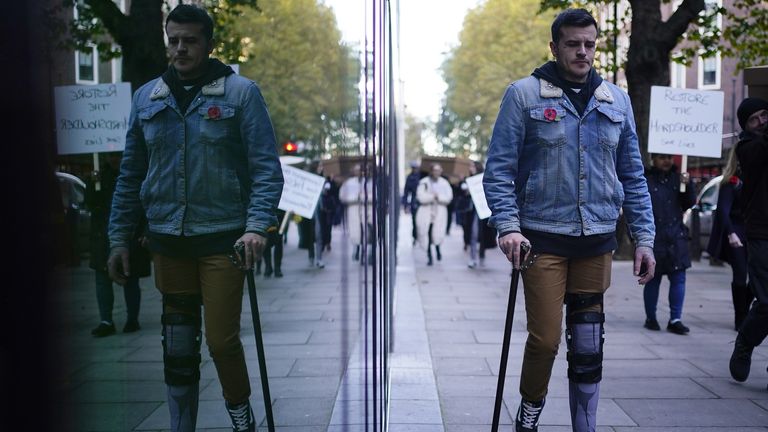 “We’re all here as receipts from the hidden costs of profits over people,” he added.

Conservative MP Sir Mike Penning, who claims he was misled when he supported the rollout of smart motorways in his role as roads minister from 2010-2012, said the TSC’s findings were “another significant step in the fight to improve safety on these motorways”.

An additional 300 miles of smart motorways without hard shoulders could be rolled out across England by 2025.