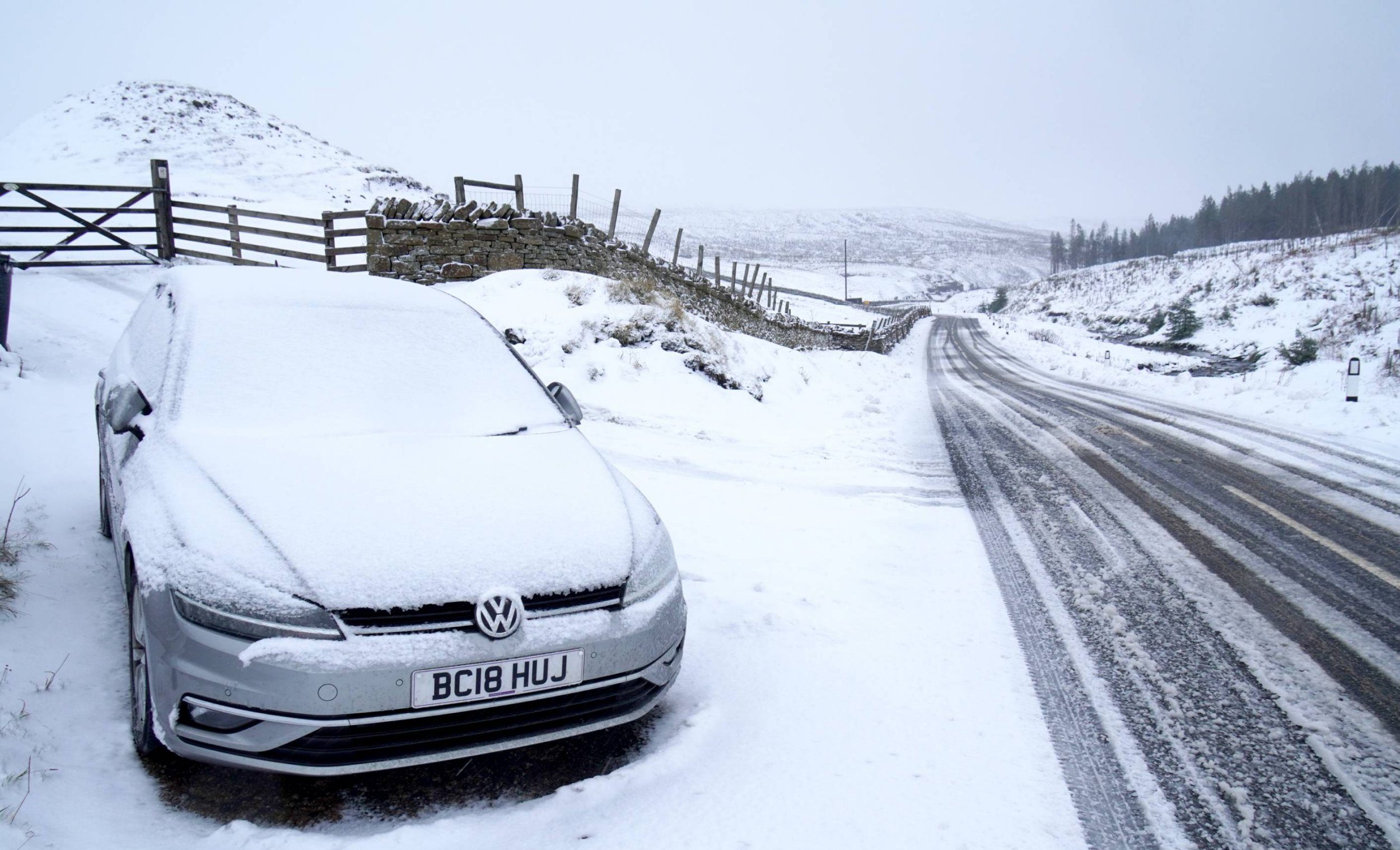 The Met Office has issued a snow warning for parts of the UK as temperatures look set to plunge after days of unseasonably mild conditions.

A record-breaking 16.3C was measured on New Year’s Day, but swathes of England and Wales were soon battered by thunderstorms and 50mph winds.

Forecaster Simon Partridge warned this turn for the worse will continue during the first week of 2022.

Daytime temperatures are expected to plunge to 4-6C in Scotland by Tuesday, while the southern half of the UK will be 8-9C. However, the strength of the wind will make it feel cooler.

Northern parts of Scotland are under a yellow alert for gale force winds and severe snow showers from midnight tonight until 6am on Wednesday.

Mr Partridge said: ‘The combination of gales and snow showers is why there is a warning out for that part of the world.

‘Driving conditions will be really dangerous because you are not going to see a great deal if you have got gales and snow.’

Bus, ferry and train services could be affected, with trips taking longer or even being cancelled.

Angus, Grampian, Highlands and Eilean Siar, plus Orkney and Shetland are among the areas that could be affected.

Areas above 200 metres could be among the worst affected, with the snowfall possibly reaching 10-15cm in places.

The weather warning adds: ‘In combination with winds gusting 50 to 60mph, perhaps 70mph on exposed summits, temporary blizzard conditions and some drifting of snow on higher-level routes is likely.

‘Gusts of around 70mph on exposed coasts will generate some large waves and dangerous coastal conditions in a few places.’

Boris Johnson Has a Trust Problem in Parliament

In Video, World Leaders Seem to Be Commiserating About Trump