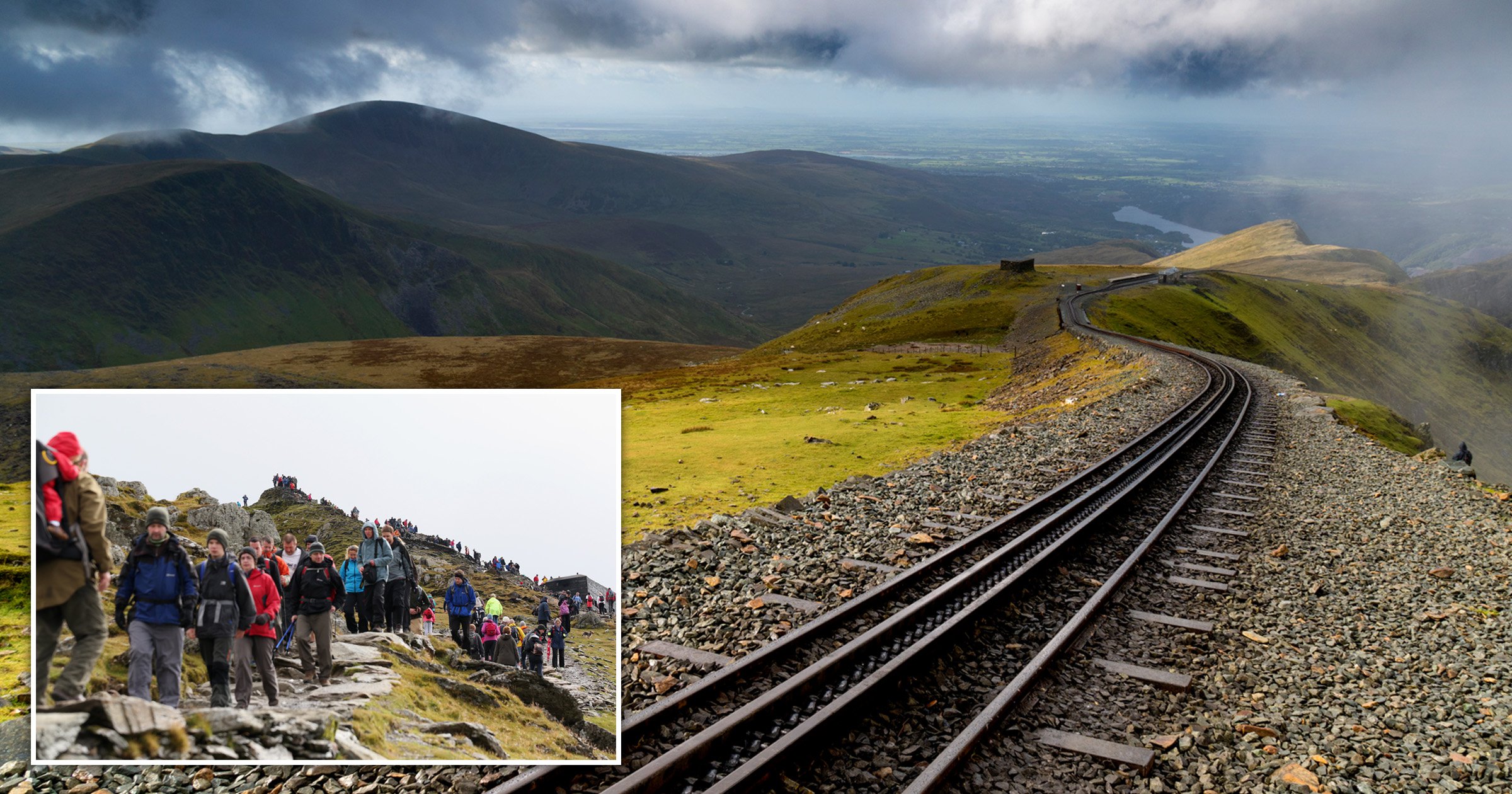 A landmark tourist attraction in Wales was ‘covered’ in human poo at the weekend, a mountain guide has claimed.

Snowdon was also littered with beer bottles and BBQs as visitors flocked to the scenic destination for the Easter break, Gemma Davies said.

Having led a sunrise hike up the country’s highest mountain on Saturday, Ms Davies expressed her horror at catching a man soiling the railway line.

Posting about the incident on social media, she explained that she was ‘horrified taking a group up saying “mind the poo”.

‘It felt incredibly unhygienic at the summit, I couldn’t wait to get down. This is very sad.’

She claimed the peak was ‘covered in human stool’ and continued: ‘Our beautiful mountain, is now a public toilet’.

Ms Davies said: ‘I caught a guy going to the toilet on the railway line.

‘He quickly pulled up his pants and tried to make a quick getaway.

‘And we had to walk past it as well.’

Ms Davies added that she was ‘totally disgusted with the amount of rubbish on Snowdon, from glass beer bottles to BBQs.

‘The Llanberis path was covered in human stool.’

Visitors flocked to national parks and beaches across Wales this weekend, with temperatures higher than in Greece, Turkey and the south of Italy.

But Ms Davies called on local authorities to open more public services to allow day trippers to relieve themselves in appropriate places.

She told the BBC she had found poo in paper cups and under stones.

Snowdonia National Park Authority claimed nothing unusual has been reported from the weekend.

But Ms Davies said toilets at the summit were closed along with the café and ‘there were no toilets open at the bottom when we got to the bottom after a seven hour hike’.

Meanwhile, some Snowdonia walkers had their cars towed away by police on Saturday, after officers found vehicles parked ‘dangerously and inconsiderately’.

Police urged motorists to take care on the A5, particularly at Ogwen lake where numerous vehicles had caused traffic problems.

Queen heartbreak: The TRUTH behind Prince Philip’s secluded retirement away from Queen