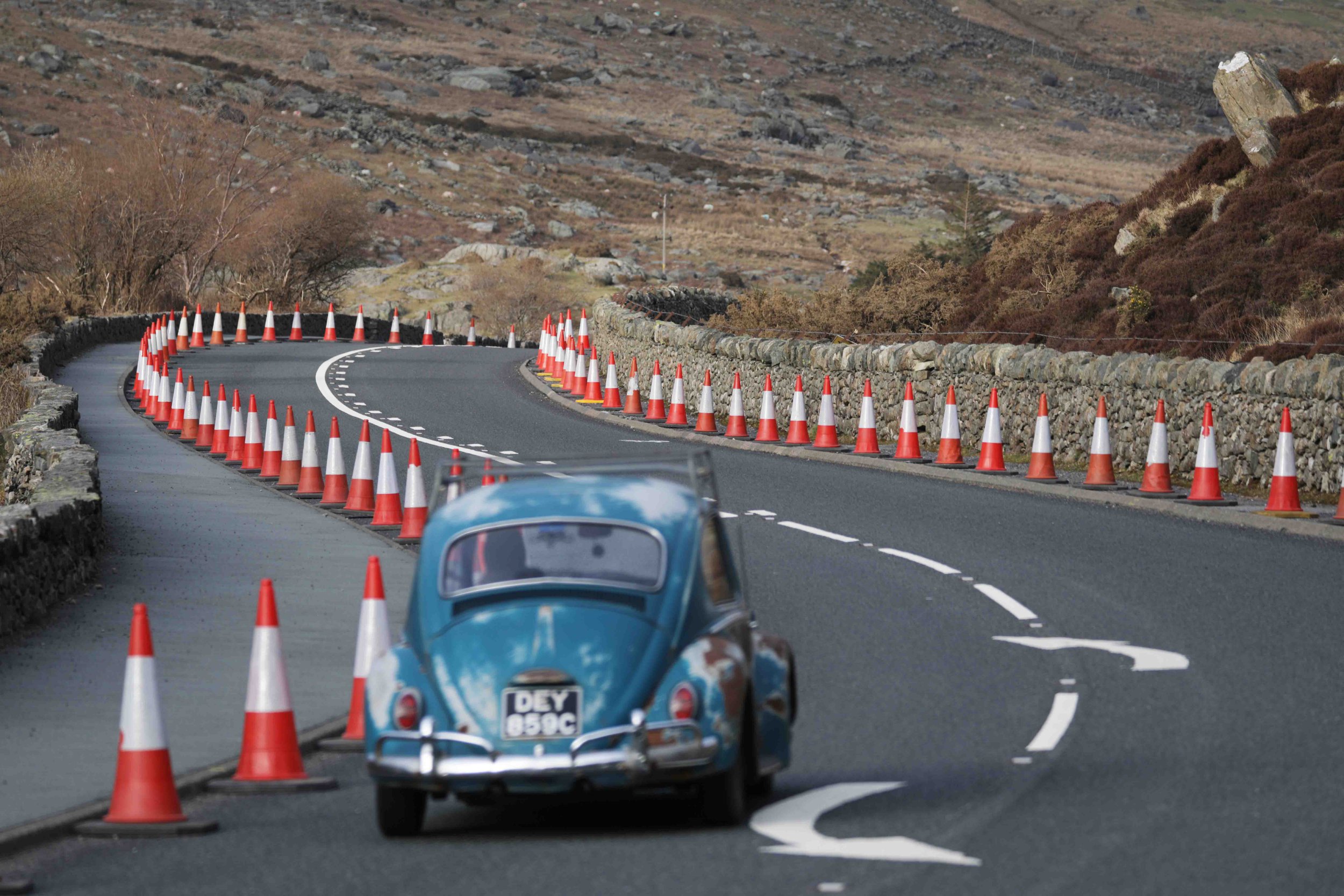 Heading into the mountains, the peaks you want to see are usually grey and rocky, not bright orange and plastic.

But if you head up to Snowdonia at the moment, that’s exactly what you will get.

Hundreds of traffic cones are currently lining either side of the A5 in the Ogwen Valley in response to parking chaos that ensued last summer.

People are now complaining about the cones being a visual blight in a national park.

Some have raised safety concerns that the cones have narrowed the roads, thereby forcing vehicles towards the centre.

Meanwhile, pedestrians and cyclists have also spoken about having to dodge coans.

The issue was highlighted by Snowdonia Mountain Community.

They said: ‘These measures are on the verge of being dangerous. They push the flow of traffic over to the centre of the road, giving vehicles or bikes less space to react.

‘The cones may stop vehicles parking but they are causing an obstruction to pedestrians, some of whom have to step into the road.’

There are designated parking laybys in the Ogwen Valley, but they quickly fill up, particularly in the peak season.

During last year’s first lockdown, hundreds of motorists were fined for parking along that stretch of road.

As a result, Traffic Wales deployed cones at busy times – the current patch was put out before Easter.

Temporary speed restrictions have also been put in place.

A Welsh Government spokesperson said: ‘Following discussions with North Wales Police, traffic cones were placed at specific locations along the A5 at Llyn Ogwen prior to the Easter holidays to prevent obstructive and dangerous parking where a double white line system is present.’

The traffic cones are a temporary measure and Snowdonia National Park Authority is looking at more permanent measures.

Snowdonia Mountain Community suggested the A5 through the Ogwen Valley could even become a ‘red route’, whilst retaining designated parking areas.

Belarus Is Isolated as Other Countries Move to Ban Flights