IndyRef2: SNP ‘will be talking to themselves’ says Miklinski

Despite the scandal commanding much of the country’s attention, BBC Scotland saw fit to lead its morning bulletins about lockdown restrictions easing.

The website also topped with the story, headlined: “Covid in Scotland: Hospitality industry ‘is lockdown scapegoat’.

It examines how business leaders say Scotland’s hospitality industry is being “scapegoated” by the government as it eases lockdown restrictions.

It goes on to explain how industries like hairdressing will be able to open from next month, while pubs and restaurants won’t open until weeks later and face additional restrictions. 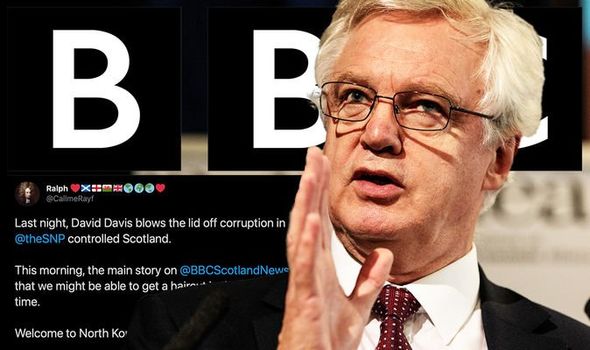 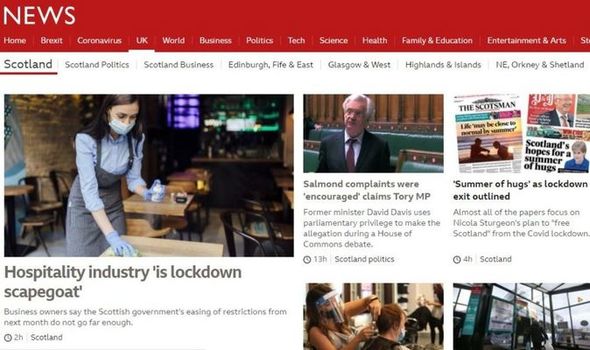 One user tweeted: “Last night, David Davis blows the lid off corruption in

“This morning, the main story on @BBCScotlandNews is that we might be able to get a haircut in three weeks time. 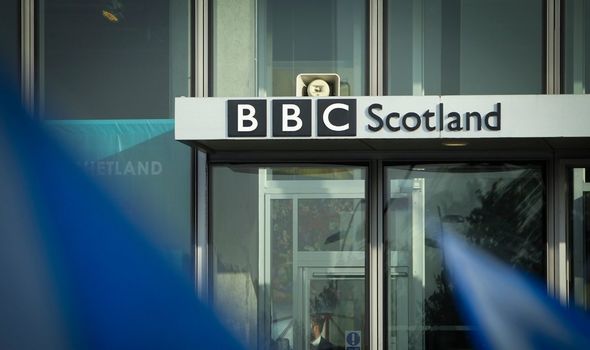 Another fumed: “Shocking on two counts, shocking this happened in the first place & shocking BBC Scotland News ignore this.”

A third said: “I noted that myself, this morning.

“Third item. This is what those seeking Truth are up against.

“Not asking them to be anti-SNP. Just to report fairly, which, given we all pay for it, should be a given.” 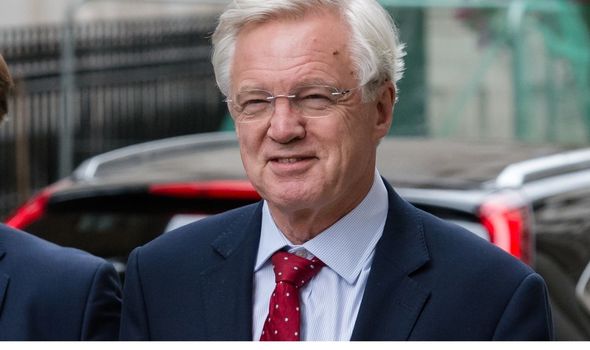 This morning the story was still second on the Scotland page under the headline: “Alex Salmond complaints were ‘encouraged’ claims Conservative MP.”

Yesterday the former Brexit minister said the Scottish government ignored its own procedures and accused it of “actively withholding information” from the Holyrood inquiry into its handling of allegations against Mr Salmond.

He told the Commons on Tuesday that he had been approached by a whistleblower who claimed to have information about the SNP’s handling of the situation.

He told the House: “I have it on good authority that there exists from 6th Feb 2018 an exchange of messages between civil servants suggesting that the first minister’s chief of staff is interfering in the complaints process against Alex Salmond. 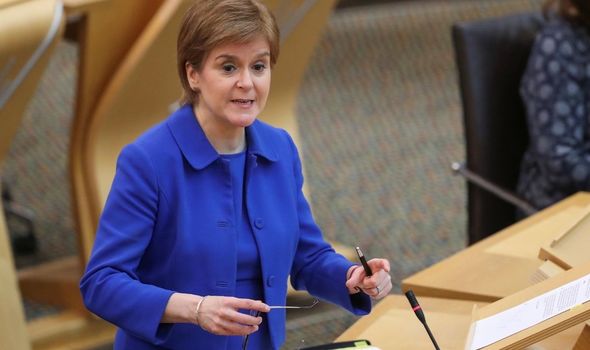 “If true this suggests the chief of staff had knowledge of the case in February, not April as she has claimed.”

He read some of the messages out in the Commons and said they “show that there is a concerted effort by senior members of the SNP to encourage complaints” after the criminal investigation into Mr Salmond had started.

His accusations came as a leading QC asked the ongoing Salmond inquiry to examine the government’s procedures.

This came after Ms Sturgeon’s government admitted that it’s handling of complaints against Mr Salmond was “unlawful”.

A spokesman for First Minister Ms Sturgeon said: “As with Mr Salmond’s previous claims and cherry-picking of messages, the reality is very different to the picture being presented.

“Every message involving SNP staff has been seen by the committee previously. Their views have been widely reported as dismissive of them.”