Brexit is poised to give the UK sole power over certain issues, including the country’s internal trade once it is out of the single market. The transition period ends at the turn of the year, and will see the UK’s relationship with the EU change drastically. However, the UK government is set for fresh rows, this time over devolved powers in Scotland and Wales. Powers being transferred from Brussels to London have provoked nationalists in Cardiff and Edinburgh to “throw their toys out of the pram”, according to Matt Kilcoyne of the Adam Smith Institute, a right wing think tank.

He said this “in large part because they know they’re running out of road on this issue” of internal trade”.

He also highlighted that the UK has afforded powers to Northern Ireland, Scotland and Wales on environmental and agricultural rules.

Mr Kilcoyne added: “Once the powers are settled back in Westminster from Brussels, once mutual recognition is made the foundation block of regulation internally in the UK, and once there is the possibility of divergence between the UK and the EU, then selling independence becomes more and more costly.”

The SNP in particular have made significant progress in their pursuit of independence, polls suggest. 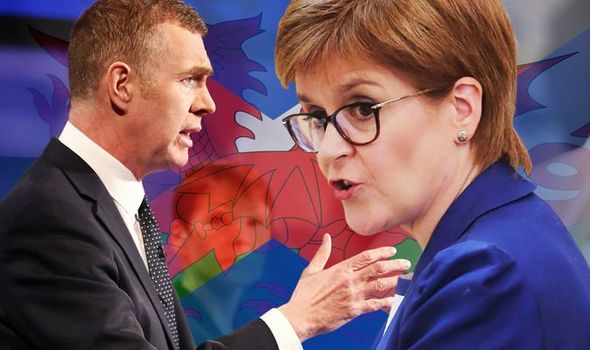 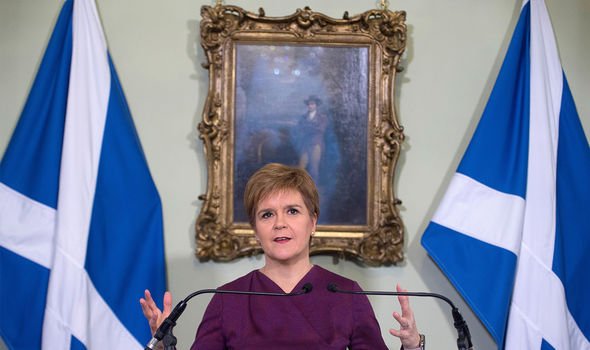 Support for Welsh independence has also grown, with 32 percent saying they’d vote ‘yes’ in a referendum – as found in a YouGov poll.

But Mr Kilcoyne believes the UK leaving the single market makes Scotland’s efforts to integrate with the EU more difficult.

He continued in his CapX column: “Any break from the UK to get closer to the EU would entail barriers on the island of Great Britain.

“It would entail a border. It would entail paperwork and uncertainty. All the things these nationalist groups have pretended to care about for the past four years – only on a much larger scale and with much greater consequence for trade, investment, and jobs. 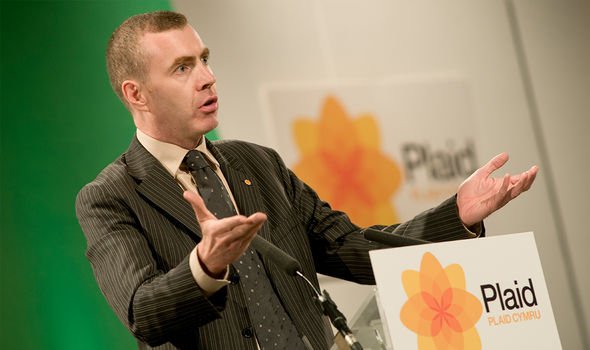 “Sturgeon knows this. As ever, she wants to make this a battle over identity, a matter of the heart over the head.

“She wishes to sow discord and disunity. While the Welsh Attorney General’s pandering to soft nationalists and his own desire to expand his portfolio mean he’s making a fuss over nothing, but in doing so imperilling the union his party claims to support.”

Mr Kilcoyne highlighted that Brexit “came with a cost” – and that disruption of some sort between the UK and the EU is inevitable. 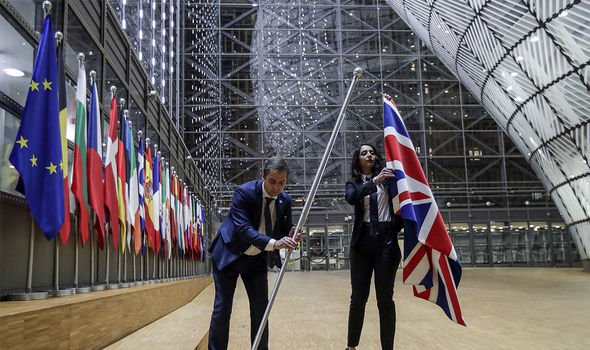 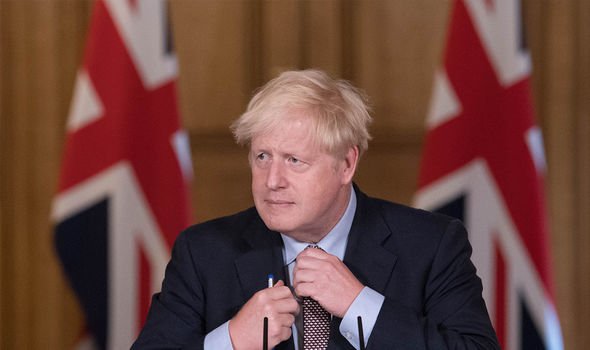 He added that nationalists in Scotland and Wales are making “unreasonable demands” that “should not be granted”.

Mr Kilcoyne concluded: “Ordinary Brits deserve to know the truth. What nationalists are demanding is not reasonable and should not be granted.

“The UK internal market has operated for centuries, even with different jurisdictions within our Kingdom.

“The ability to buy any good, or procure any service, as a British citizen from any other part of our country, is a right stitched into the fabric of our country.”