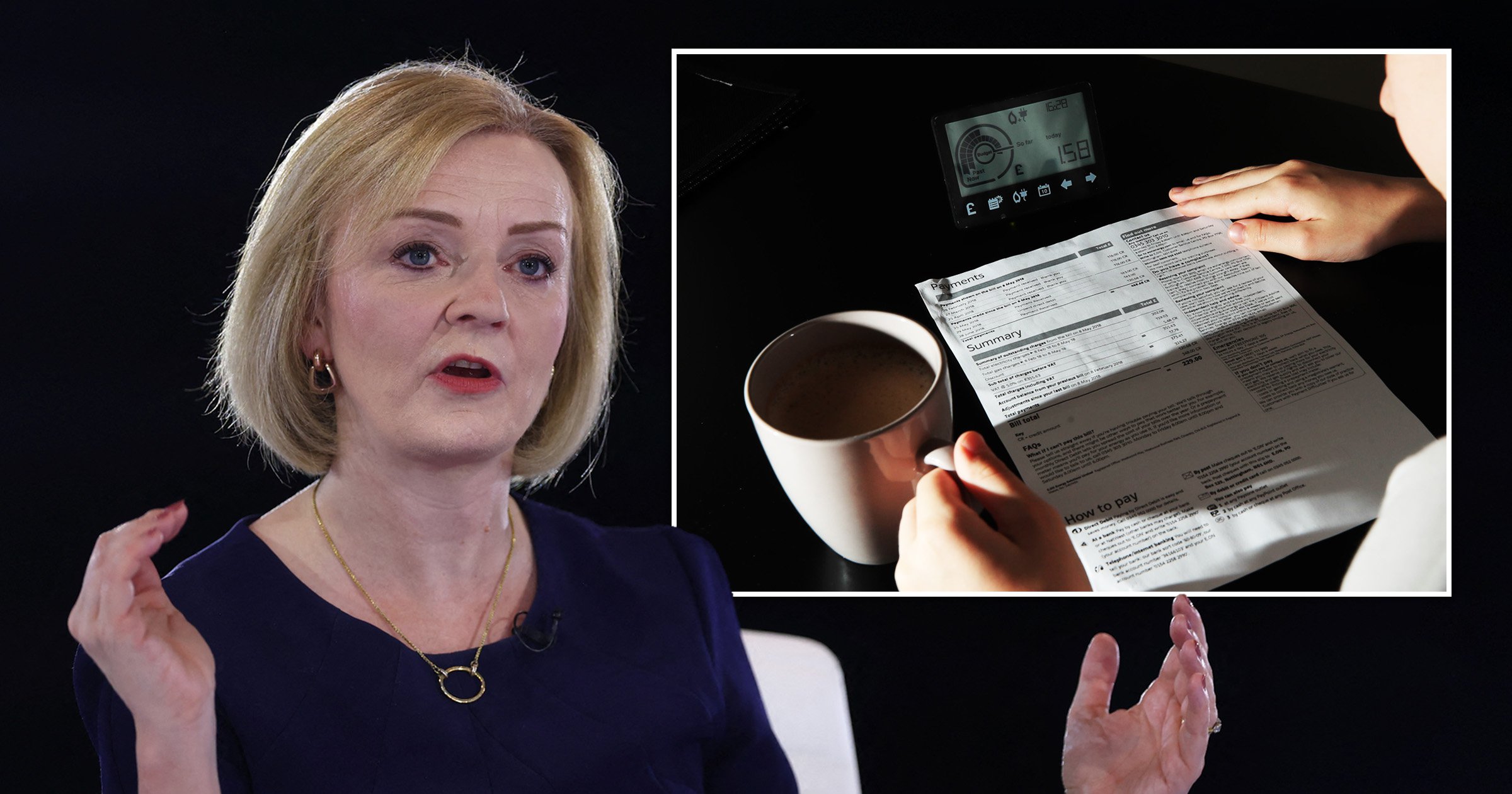 Liz Truss is ‘strongly considering’ freezing energy bills this winter to help struggling Brits through the dire cost of living crisis, according to new reports.

The Foreign Secretary is widely expected to beat out Rishi Sunak and be named Britain’s new prime minister at 12.30pm today.

She could introduce an energy bill package ‘on the scale of the furlough scheme’ during the Covid pandemic, sources told The Times.

Another report from The Daily Telegraph says the specifics of such a policy are still being debated.

But both outlets agreed a freeze in some form will likely be introduced to avoid energy ‘Armageddon’.

Some people will die as they are forced to choose either heating or eating when bills rocket, money expert Martin Lewis has repeatedly warned.

On Sunday, Ms Truss promised to announce support within a week of being crowned Tory leader.

But she refused to answer questions about what the package could look like.

‘Before you have been elected as prime minister, you don’t have all the wherewithal to get the things done’, she told the Sunday with Laura Kuenssberg programme.

‘This is why it will take a week to sort out the precise plans and make sure we are able to announce them. That is why I cannot go into details at this stage. It would be wrong.’

It comes as Kwasi Kwarteng, widely tipped to be the next Chancellor if Ms Truss is successful, used an article in the Financial Times to stress that the next Government will behave in a ‘fiscally responsible’ way.

Mr Kwarteng, the current Business and Energy Secretary, appeared to try to address concerns about Ms Truss’ tax-cutting strategy – which Mr Sunak has warned will only worsen the grim economic situation facing the country.

There will be ‘some fiscal loosening’ in a Truss administration to help households through the winter as it is the ‘right thing’ to do, Mr Kwarteng said.

But he insisted that the UK does not need ‘excessive fiscal tightening’, pointing to the UK’s ratio of debt to GDP compared to other major economies.

His comments yesterday directly echo those of Ms Truss on Sunday, as she insisted that her plan to reverse the rise in national insurance is ‘fair’ – despite it directly benefitting higher earners.

She told the BBC ‘growing the economy benefits everybody’ and it is ‘wrong’ to look at everything through the ‘lens of redistribution’.

The Queen will ask either Liz Truss or Rishi Sunak to form a government at Balmoral this afternoon.

It is the first time Her Majesty will not travel to London and instead receive politicians at her Scottish estate.

Queen fury: Prince Harry to return to UK without Meghan after ‘stepping over the line’