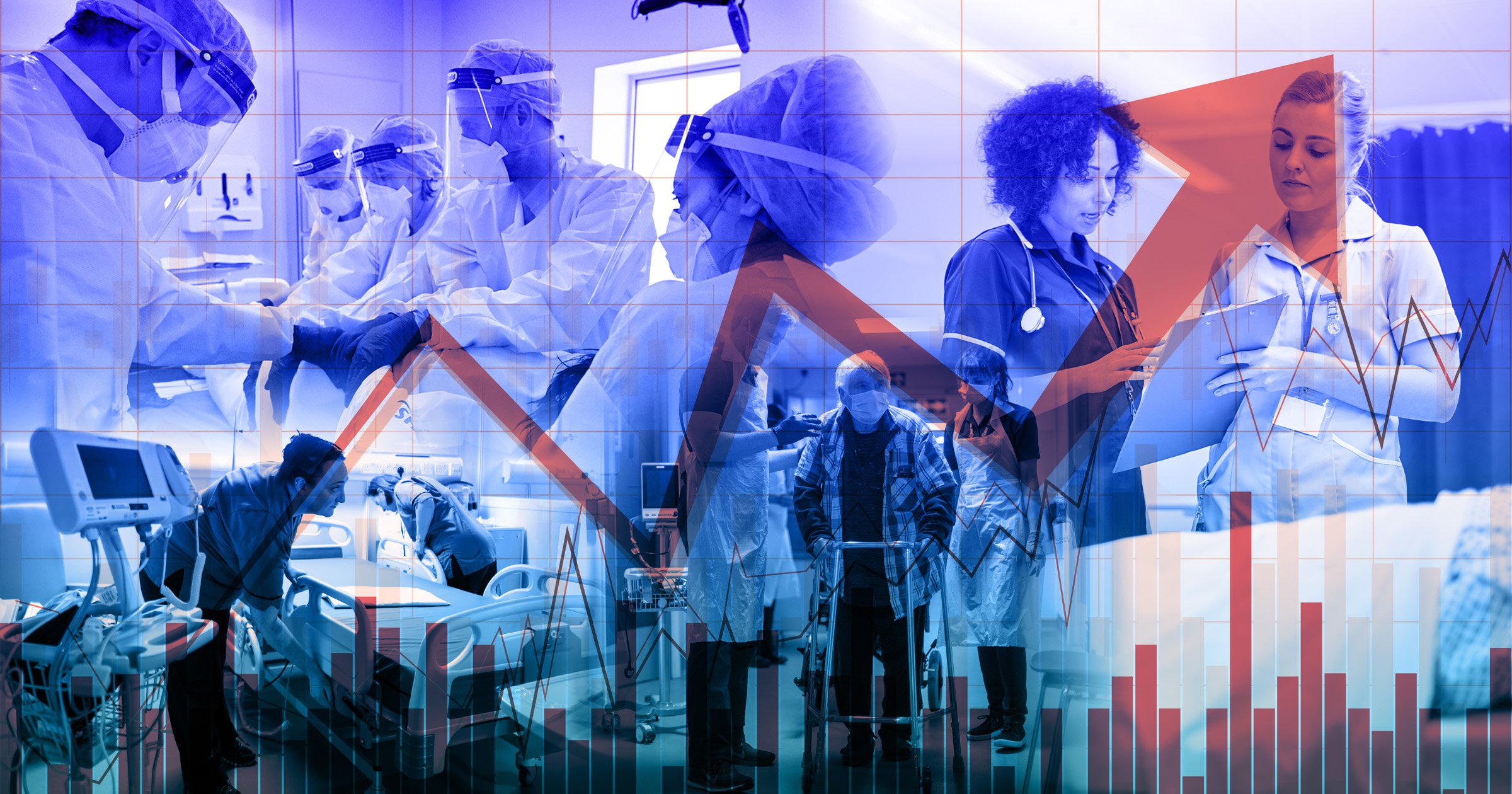 Hospitals across Britain face rises in power bills running into millions of pounds as the spiralling cost of living crisis hits NHS trusts.

As household fuel bills climb to unprecedented levels, the health service also faces soaring charges as a result of the escalating cost pressures.

A survey of NHS trusts across England and Scotland shows they are facing rises of up to £29 million in the three financial years to date.

Sharp rises in energy costs caused by factors including the end of the pandemic and the war in Ukraine are also hitting the NHS, figures obtained through Freedom of Information Act requests by Metro.co.uk show.

In Nottingham, costs for gas, electricity and oil combined rose from £8.8 million in 2020 and 2021 to £15.8 the following year. The budget, and therefore forecast, for the current financial year is £37.9 million.

At St George’s Trust in London, which runs one of the largest hospitals in the UK, the bill for gas and electricity is due to rise from £4.2 million between 2021 and 2022 to £6.2 million in the present 12 months.

John Puntis, co-chair of Keep Our NHS Public, said: ‘The rises in fuel bills come at a time when the NHS is already facing dire costs pressures.

‘They will clearly end up taking money out of patient budgets and, with the reorganisation to integrated care systems that started in July last year, the NHS is already starting with a £4 billion deficit.

‘That’s basically because hospitals have to keep forking out to look after patients, irrespective of how much money comes in, as they try to improve services while at the same time saving money.

‘When you are trying to make savings while you are in deficit and in a new regime where there are even stricter funding controls, anything in the way of new cost pressures is going to make things even worse and can only translate into cuts.

‘The NHS is really struggling but not because of inefficiencies, it’s because of workload and Covid pressures and chronic underfunding.

‘We are calling for the NHS to be funded to the level of comparable European countries as demand for its services increases all the time.’

The figures provided by NHS trusts show the mounting scale of the expenditure as gas and electricity prices continue to rise to record levels.

At Barts Health, the largest trust in London, the cost of gas and electricity combined rose from £14.3 million between 2020 and 2021 to £18.7 million the following year. The cost is forecast to rise to £34.8 million in the current financial year – an increase of 86%

In Birmingham, charges rose from £9.5 million for electricity and £4.5 million for gas during 2020 and 2021 to £11.5 million and £5 million respectively in the following financial year. The University Hospitals Trust said that forecasts have been made for the next financial year but the ‘budget is not yet set so we are unable to comment any further on this question’.

In Bedfordshire, the cost of electricity was £3.7 million and gas £1.5 million in 2021 and 2022. The budget has risen to £4.7 million and £2.4 million respectively for the current financial year. The trust, which runs Bedford and Luton hospitals, is due to undertake a forecast exercise this summer,

At the Royal Brompton and Harefield Hospitals in London, the figure for 2021 to 2022 was £4.6 million for gas and electricity. The figure provided by the governing Guy’s and St Thomas’s Trust reflects a rise of almost £300,000 on the previous year. The trust did not provide a forecast for the current financial year, stating that the figures ‘are not yet available’.

At Derby and Burton, combined costs for electricity and gas of £8.2 million between 2020 and 2021 rose to £9.9 million the following year.

The bill is forecast to rise to £10.5 million over the next 12 months.

Dr Magnus Harrison, interim chief executive at University Hospitals of Derby and Burton (UHDB), said: ‘Reducing costs remains a priority for UHDB and we are always looking to find smart and efficient ways of working to ensure that we can deliver exceptional care that patients deserve, in the most green and cost-effective way possible.’

In Scotland, NHS Greater Glasgow and Clyde footed a rise in the cost of gas and electricity from £28.5 million between 2020 and 2021 to £29.1 million the next financial year.

Of 10 NHS trusts which provided responses, Newcastle and Manchester did not disclose comparable or forecast data. Metro.co.uk has asked both bodies for further information.

A separate report by Zenergi Energy Management gives a bleak outlook, suggesting that energy costs alone could rocket to £1.2 billion over the current financial year.

The customer service provider identified features preventing savings being made, such as hospitals based across different sites, with multiple supplier contracts and a mixture of modern and Victorian buildings.

Responding to Mr Puntis, a government spokesperson said: ‘We recognise the pressures people are facing with the rising cost of living and we are taking action to support households – providing eight million of the most vulnerable households with extra support this year, and all domestic electricity customers will receive at least £400.

‘We are investing a record £39 billion in health and care services over the next three years to bust the Covid backlogs, alongside setting up surgical hubs and community diagnostic centres – over 90 of which are already open and have delivered over one million additional checks.’