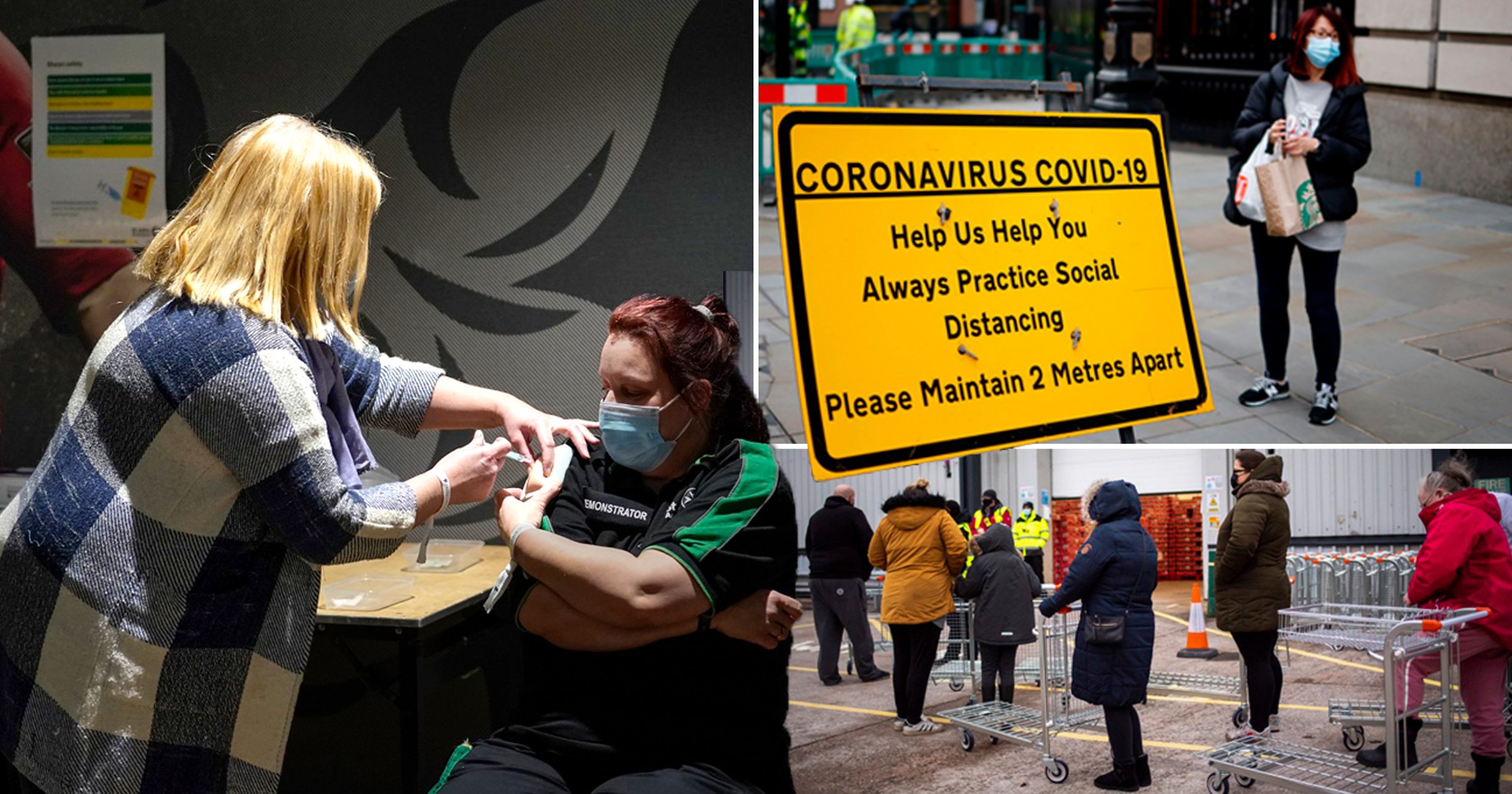 Social distancing may need to be enforced until the end of the year, scientists have warned the Government.

Restrictions can only be relaxed once the coronavirus vaccines are at least 85% effective, figures handed to Downing Street suggest.

A ‘high uptake’ of the jab is vital to avoid another deadly wave of the disease, but experts believe the vaccines will not be ‘100% effective’ at eliminating the virus.

In a ‘best-case scenario’, when 85% of transmissions are halted, Brits could be under lockdown until May, according to the Sunday Telegraph.

But many scientists are said to believe transmissions will be reduced by around 60%.

If the current lockdown measures were eased in mid-February, the nation could be hit by another spike in infections by April, according to the data from the University of Warwick.

The paper was commissioned by the Scientific Pandemic Influenza Group on Modelling (SPI-M), a sub-group of the government’s SAGE advisory committee.

Researchers are said to have warned: ‘Our predictions highlight the population-level risks of early relaxation, leading to a pronounced wave of infection, hospital admissions and deaths.

‘Only vaccines that offer high infection-blocking efficacy with high uptake in the general population allow relaxation of non-pharmaceutical interventions without a huge surge in deaths.’

One of the paper’s authors, Dr Sam Moore, warned even vaccines with 85% efficacy could be ‘insufficient’ to drive ‘R’ below one.

Dr Moore told the Telegraph: ‘The vaccines are not going to be 100% effective at stopping serious disease.

‘If we get very high infection blocking then this could almost be what delivers us from it, but it would have to be very high.’

A Whitehall spokesperson said: ‘At this early stage in the vaccination programme, scientists do not have sufficient data to advise how the vaccine may affect onward transmission.’

National lockdown restrictions will remain in place until at least March 8 – with schools not reopening to most pupils before February half term.

Boris Johnson told a Downing Street press conference on Wednesday how ministers are becoming ‘more confident’ it will reach its target of inoculating the four most vulnerable groups by its February 15 target.

The Prime Minister also warned plans to ‘gradually reopen our economy and society’ will depend on the effectiveness of the vaccine – and whether enough people have taken it.